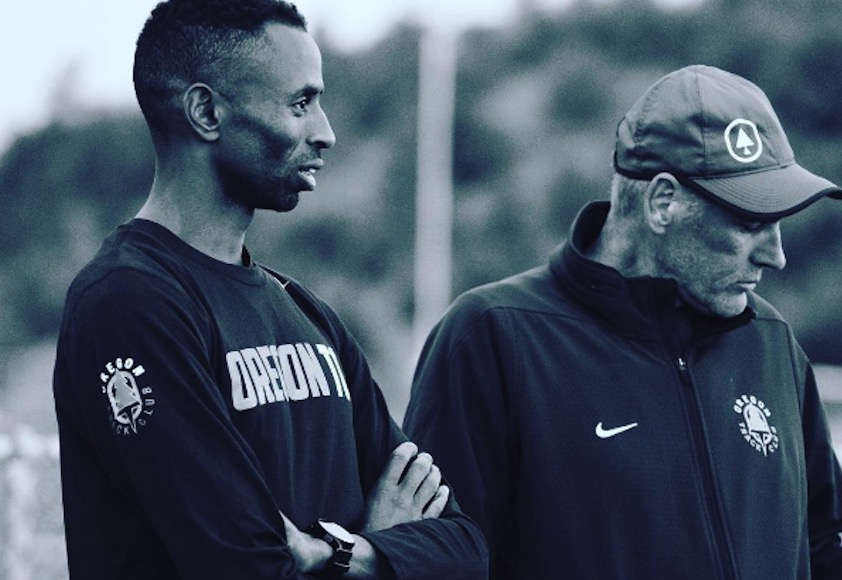 I felt two ways about these moments. On the one hand, I recognized the runner’s desire to impress me as a sign of respect. Generally speaking, we try to impress those whose good opinions we value. On the other hand, it troubled me that the runner assumed I or any coach would be impressed with fast workout times. To me it betrayed a poor understanding of what coaches—good coaches, anyway—want to see from their athletes. So eventually I spoke up, explaining to the runner that, short of breaking a world record, there was nothing he could possibly do performance-wise in a workout that would impress me and he should stop trying.

In hindsight, I regret saying the part about world records, because even that wouldn’t have impressed me in the way this runner wished. The way I see it, putting up strong numbers in workouts is, above all, evidence of a natural gift, and a natural gift is just that: a gift. To the extent that I am capable of being impressed by fast running, I am impressed by the gift giver (God, nature, whatever), not the recipient.

I don’t mean to suggest that athletes should lack any desire to please their coaches, or that coaches should never be pleased by anything an athlete does. After all, the desire to please one’s coach is a source of motivation, and maintaining a high level of motivation is critical to success in endurance training. But crushing workouts is not the proper way for athletes to please their coaches because, again, it depends on something that is largely outside both the coach’s and the athlete’s control, which is the athlete’s natural ability level.

Currently, I coach a half-dozen athletes, ranging from twenty-something elites to fifty-something mid-packers, and all six of them impress me with approximately equal frequency. “How?” you ask. In two ways: by making smart decisions and by showing grit. With few exceptions, whenever my reflexive emotional response to something an athlete has done contains elements of admiration, respect, and pride, the athlete has either made a smart decision or shown grit.

Smart decisions impress me because few athletes make smart decisions consistently, and few things have a greater positive impact on fitness and athletic development. I’m reminded here of something Coach Meseret tells Michael Crawley in Crawley’s delightful book Out of Thin Air: Running Wisdom and Magic from Above the Clouds in Ethiopia: “The successful ones are the ones who watch with their eyes and think with their minds before they move their legs. The ones who run on emotion only can’t make it.” I agree, which is why training athletes to make smart decisions consistently is a major point of emphasis in my coaching, and why I’m pleased when I see an athlete make a good decision in a situation where previously they might have made a bad one.

As for grit, who isn’t impressed by a healthy display of resilience? All endurance athletes have some measure of grit, but a few have uncommon grit, and the best coaches are able to coax athletes’ inner toughness out of them. To be clear, masochistic or macho displays of toughness do nothing for me, but when an athlete does something like find a parking garage in which to perform a set of hill reps when an ice storm makes it impossible for her to run in the usual places (true story), my heart swells with pride.

I know I’m not the only coach who feels this way. If you have a coach, and you have the kind of healthy coach-athlete relationship that motivates you to make your coach proud, don’t try to impress him or her with fabulous workout performances. While every coach is happy when an athlete’s training is going well, good coaches don’t give out gold stars for great workout performances. Focus instead on making smart decisions and being gritty when grit is called for. Nothing else you might do in your training will make your coach happier, and quite apart from that, being smart and gritty will benefit your long-term athletic development far more than showing off in select workouts.