Home Features How Running a Marathon Changes Your Gut Microbes 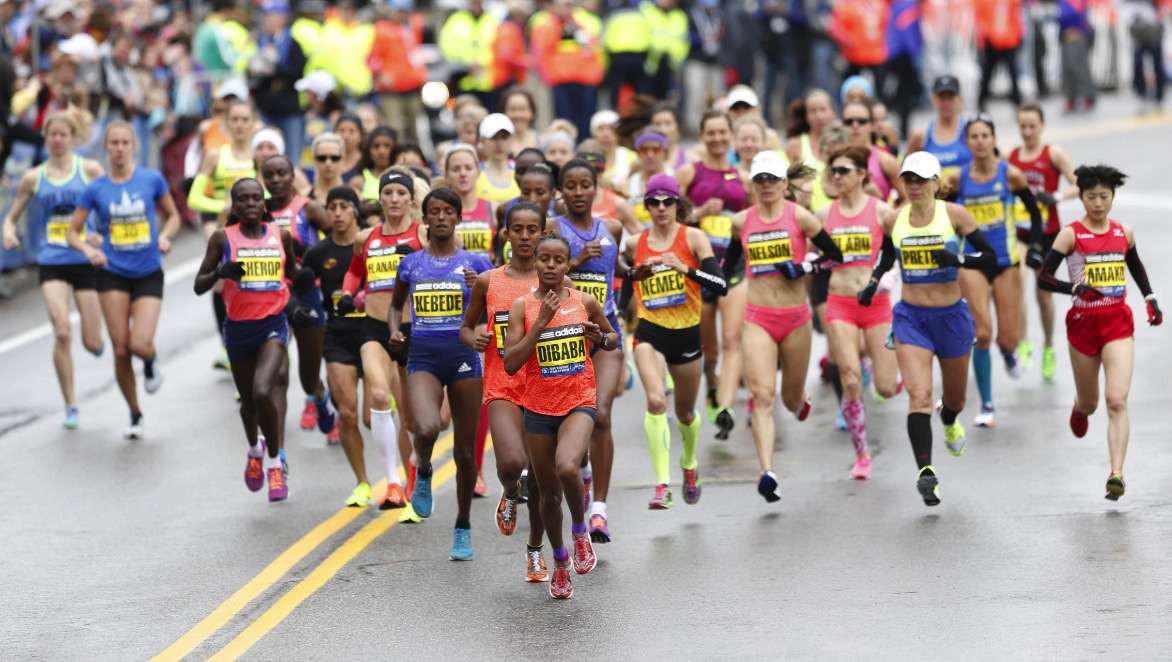 (Inside Science) — Finishing the Boston marathon is a life-changing milestone for many athletes. The same goes for the microbes in their guts.

In a new study, published today in the journal Nature Medicine, researchers analysed how the bacteria present in the digestive tracts of 15 participants in the 2015 Boston marathon changed after the run, and how this might give some athletes a competitive advantage.

The researchers — most of them based in Boston — saw the annual event as the perfect opportunity to study the microbiome of endurance athletes. “Boston is big on exercise,” said molecular biologist Jonathan Scheiman, first author of the study. “There was a lot of interest in participating in this study.”

To carry out the research, scientists collected daily samples of solid waste from the participants one week before the marathon and one week after. “For two weeks, I drove around in a Zipcar, seven hours a day, collecting stool,” said Scheiman, then a postdoc at Harvard University’s Wyss Institute for Biologically Inspired Engineering. “That was fun.”

Using a powerful DNA sequencing technique, they were able to single out a specific group of bacteria, of the genus Veillonella, that was more abundant in the athlete’s gut after the 26.2-mile marathon but not in 10 non-runners.

After looking more into the nature of these critters, Scheiman and the team learned that Veillonellabacteria use lactate as their main food source. During exercise, lactate is produced by the muscles and released into the bloodstream. It’s also responsible for the feeling of muscle burn. “We have a bug that responds to exercise and its natural function is to eat a metabolite that is associated with fatigue,” said Scheiman. “That was a big light bulb moment.”

To confirm their findings, they looked at stool samples from 87 additional athletes — both rowers who were training for the Olympic trials and ultramarathoners, who run as much as 100 miles at a time. They found that the abundance of Veillonella bacteria in these athletes also increased after exercise. They also found that the gut bacteria in post-exercise samples showed increased expression of the genes necessary to break down lactate into propionate, a short-chain fatty acid.

“It’s novel work,” said kinesiologist Jeffrey A. Woods from the University of Illinois at Urbana-Champaign, who was not involved in the new study. “It’s one of the first [studies] that looks at a single bout of exercise and its effect on the microbiome.”

The researchers next wondered if the Veillonella bacteria influenced running performance, so they isolated one strain, V. atypica, from one of the marathon runners and implanted it in the guts of mice. Animals with the critter ran 13 percent longer in a treadmill than control mice implanted with another type of bacteria, L. bulgaricus, that does not use lactate as food. Woods notes, however, that the test the researchers used is not representative of a marathon in humans.

In a separate test, Scheiman and the team also showed that lactate can pass from the bloodstream to the gut in mice, which means that gut bacteria could break it down to propionate, although the study did not prove this. Previous research shows that propionate can increase heart rate and oxygen consumption and regulate blood pressure in mice, which could be why the mice with Veillonella bacteria were better at running.

Marathon runners sometimes develop gastrointestinal problems such as colitis due to the strenuous exercise, so Woods thinks that the lactate leakage into the gut seen in mice might be because of a disruption in the gut barrier. “It’s not necessarily a good thing,” he said. Moreover, Woods would have liked the researchers to show that the leaked lactate is indeed converted into propionate.

The new study offers detailed information about how molecules released during exercise could alter the microbiome composition and how these changes could influence athletic performance.

However, Woods and others have shown that exercise promotes the growth of several bacterial types and not just one. “I think the story is too simple,” he said.  “They’re trying to make a big deal about this one bacterial strain and I think there’s more going on for the story.” He believes that the researchers may be focused on Veillonella because they are interested in using it commercially as a probiotic.

Physiologist Giovanni Messina, a researcher at the University of Foggia in Italy who was not involved in the new research, wrote to Inside Science that researchers would have to continue their work before they could produce any products for an athlete to take to enhance athletic performance.

Scheiman and some of the study’s co-authors founded a company called Fitbiomics that seeks to do more research on elite athletes and their microbiome. They have recruited Olympic champions and plan to profile the champions’ microbiomes and isolate more beneficial bacteria.

“The goal of a lot of this research is to translate it into real world applications that could actually benefit people,” Scheiman said. He wouldn’t want to confine the research to super athletes. “What if we can harness that, translate that and provide it for everyone else, to help them and promote health for the masses?” he said. “I think that’s really the exciting part about this.”