Home A Column By Len Johnson Fair stands the wind – or does it? | A column by... 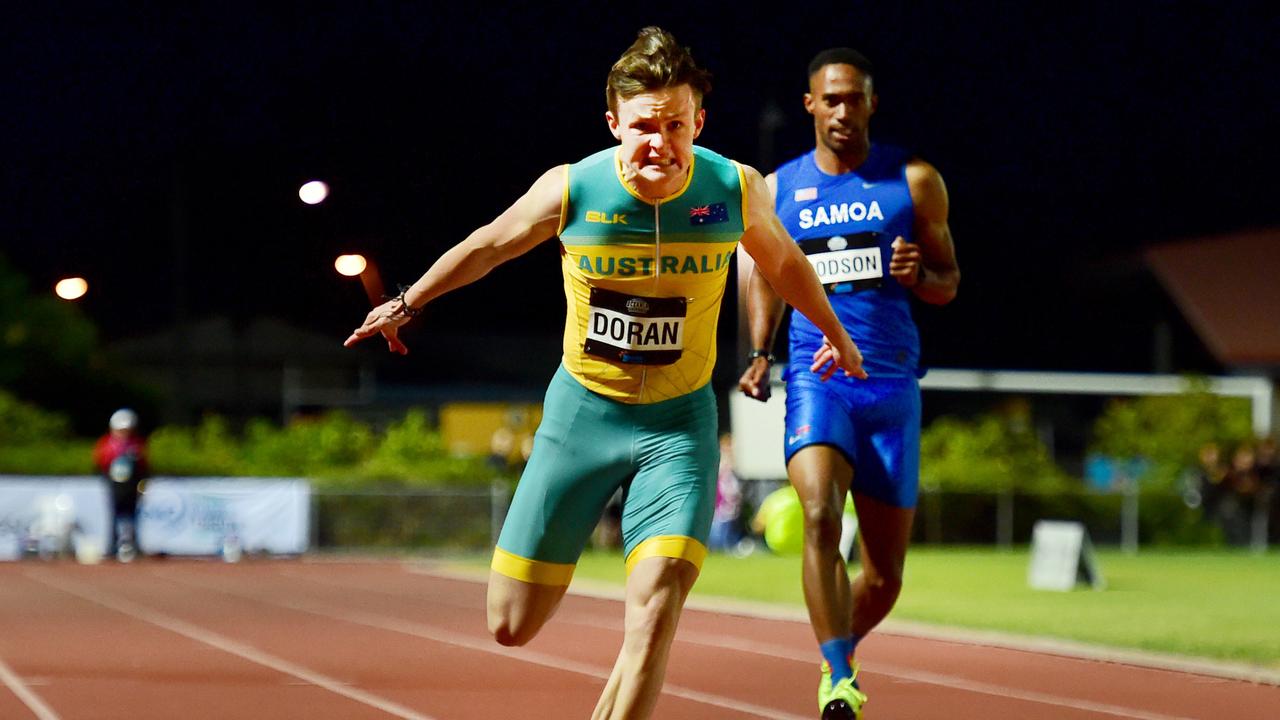 On Monday, 18 January 1932, sprinter Jim Carlton rocketed around the curved grass track on the Sydney Cricket Ground to win the Australian championships 220 yards in 20-3/5 seconds.

Carlton’s time equalled the world best – there were no official world records for 200 metres/220 yards until the 1950s, as races over the distance were conducted on both straight tracks and, as now, round a curve.

Record or best-on-record became quickly irrelevant as the Mr L.J. Drake, the track referee, decided there had been excessive wind assistance. It was a unilateral decision, but referees were, and still are, given powers to make arbitrary decisions. Like Australian governors-general, track referees were, and still are, I fancy, delegated ‘reserve powers’.

Mr Drake’s decision was controversial, to say the least. Few of the many people at the SCG that day agreed with it. The flags on top of the grandstands were flapping in the breeze, not flying straight out as they would have been in a strong wind.

One newspaper article, headed “Too Fair”, suggested the referee’s sense of fairness was overdone. Pointing out that not a piece of paper was disturbed on the press table (which was) “on a level with the runners” and concluded that Carlton “should not have had his great achievement taken from him on the judgement of one man, who after all, is not a human wind gauge.”

In fact, there was a wind gauge in operation, but one designed to measure the direction of the wind, but not its velocity.

The controversy raged for some time, letters flying back and forth in the papers (these were the good old days, it seems). Jim Carlton himself was told the referee’s father, who was at the championships, disagreed with his son’s decision.

“He immediately struck a match and held it up to show there was insufficient wind to blow out the flame,” Robert Solomon quotes Carlton, speaking years later, in his book ‘Great Australian Athletes’.

We’ve come a long way since 1932, there’s no doubt about that. For one fundamental thing, all 200s are now run as one half-lap of a 400m track, and such tracks impose limits on how much of the race can be run on a turn and how much in a straight line.

Arguably, though, we still haven’t devised a satisfactory method of determining wind assistance. You must have a gauge which records wind velocity, for instance, not just direction. The wind reading determines the acceptability of a performance for record purposes. No longer can excessive wind assistance be based on the opinion of just one official.

But we still don’t have a reliable method of determining true wind assistance on a bend. And, as a result, it’s not only possible but relatively common for 200 metre runners to benefit from wind assistance on the bend that would render their performance as wind-aided if the same velocity were recorded in the straight.

In both 100 and 200 races the wind velocity is measured in the main straight. This is a reasonably reliable measure of the wind assistance – or hindrance – in the 100 metres flat and the sprint hurdles, but as anyone who tries to correlate 200 times against nominal wind readings can observe, it can be at times no more reliable a measure than L.J. Drake’s opinion (or his father’s matches, for that matter).

In looking at the fastest sprint times ever run, there is a marked similarity in both men’s and women’s performances. Just 19 of the fastest 100s ever run by women have been achieved into a headwind and 20 of the men’s. Looking at fastest 50, seven of the men’s fastest have been run into a wind, nine (of 54, there were ties) of the women’s.

Many of the headwinds, and a few of the tails, were negligible, less than 0.5 metres per second. But the proportion of 100s run into headwinds against 200s is significant – 25 percent more of the top 100 for women, 35 percent for men, including two of the fastest three all-time. Usain Bolt’s 200 world records at the Beijing 2008 Olympics and Berlin 2009 world championships were both run into headwinds (-0.3 in Berlin, -0.9 in Beijing).

You would have to crunch a much greater sample of performances to get anything definitive, but it seems headwinds – as registered in the straight – impact more on the 100 metres than they do on the 200.

It seems a reasonable assumption the difference is the wind on the bend. Even a rudimentary experiment with wind direction will tell you that it is possible to run almost the entire first half of a 200 with wind assistance without an excessive wind being recorded in the straight.

And vice versa when the wind blows at a slightly different angle. In winning the Oceania title this week, rising sprint star Aidan Murphy ran 20.76 in both heat and final, with the maximum assistance of 2mps in the heat and then 1.8 in the final.

Based on his performances this year, and the fact he had tough competition from Calab Law and Jake Doran in the final, you might have expected Murphy to run faster with maximum and near-maximum wind assistance. But his comments post-final told another story.

Murphy described his start in the final as “pretty interesting . . . with the headwind coming in.” Sounds like the headwind at the start took more out of him than the +1.8 in the straight gave back.

Now that smoking is banned in public venues, few people would have been striking matches near the 200 start. But I’ll bet, if they had, they would have been blown straight out again.