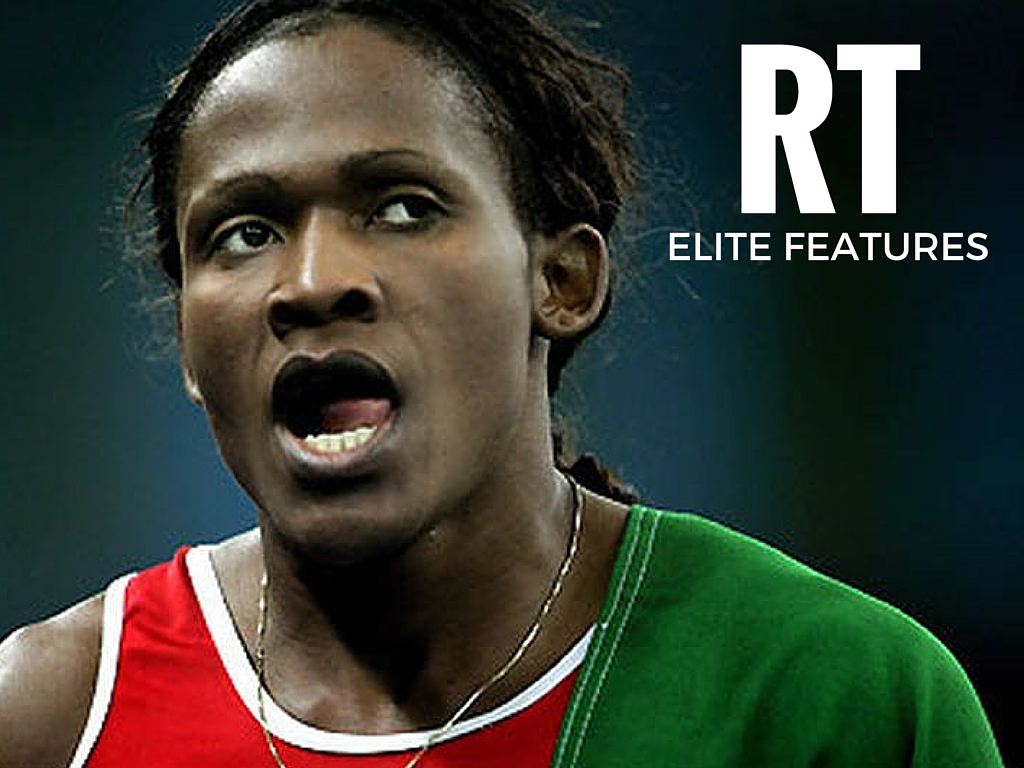 Farewell to the Maputo Express

A look at the long and Illustrious career of Maria Mutola

Rewind to 1991, a lifetime ago, but for an 18 year old from Mozambique, mature beyond her years, it marked the beginning of the road. 17 years have gone by, not a short time for an athlete of any sport to spend at the top of their event, but a complete eternity for a middle distance runner, especially when considering the number of accolades jammed into the years.  Olympic gold, three outdoor world championship golds, seven indoor world championship golds and countless golden league victories. Not too shabby. So we take a look back over the career of one of the greatest 800m runners to ever live, Maria Mutola.

Maria Mutola was born in 1972 in Maputo City, Mozambique. Her sporting proess kicked off as a soccer player before a well renown Mozambican poet named Jose Carvelinha convinced her to switch from soccer to athletics, a move which led to her competing in her first Olympics in Seoul, 1986, aged just 14 years.

Mutola then received a bursary from the Olympic Solidarity Committee to attend school and train in the United States, at Eugene, Oregon. It was in Eugene that Mutola developed into a world beating runner and built an American fan base who learnt to love her for her caring and gentle nature, aided by the fact that she won Eugene’s Prefontaine Classic a massive 16 times.

1991 marked the year Mutola was baptized into the world of international middle distance running finishing 4th at the world championship 800m (as 19 year old). 1993 was Mutola’s breakthrough year, winning the Stuttgart World Championships in 1:55.43. and the following year was her fastest ever with a 1:55.19 at the Zurich Golden League, a race she won 12 years in succession.

If 1993 was Mutola’s breakthough year and 1994 was her fastest, 2000 was definitely her most rewarding. The reason for this is of course, her Olympic gold medal in Sydney. Just as she battled fiercely with Cuban Ana Quirot during the mid-nineties, she beat her two main competitors in the Sydney final, Stephanie Graf and Kelly Holmes. The victory was a sporting highlight for the nation of Mozambique, and without a doubt her greatest moment.

“It was time for me to come to a decision about this. One must be realistic in life. My form is not bad, but I’ll admit that I’m far from my best performances now. Now it is time for me to support the efforts of the young runners” – Maria Mutola speaking about her retirement. (Source – Sunday Independent)

At 35, it is without doubt the right time for Mutola to hang up her spikes. 2008 has seen the emergence of a Kenyan teenager by the name of Pamela Jelimo who looks set to be as equally dominating as Mutola. However, no matter how brilliant Jelimo or any other upcoming 800m runners may be, they have a tough task is topping the longevity that Mutola achieved. In many peoples mind Mutola will go down as being the greatest female 800m star ever, and that’s hard to argue with.