The bombshell announcement of Shelby Houlihan’s four-year ban for doping has predictably taken over the news cycle. After watching it unfold for the past couple days, my baseline thoughts are: 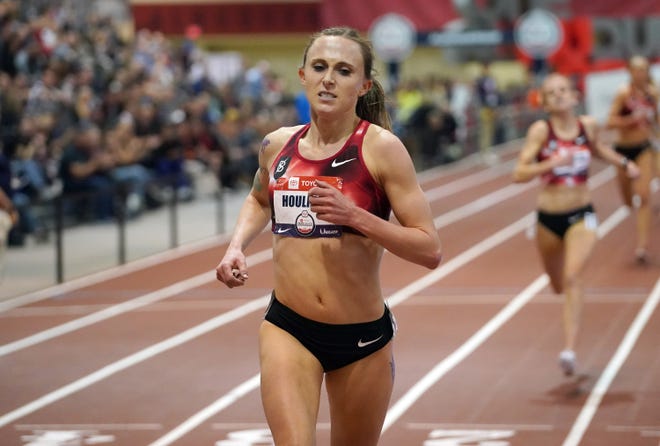 What’s more interesting to me is that doping still happens, and what we can do to eliminate it. The fact is, nearly every doper will get caught. Full-stop. It’s going to happen, either now or in the future. And when they get caught, they will lose everything. And yet they still do it.

I’m convinced no athlete starts out with the intention of being a cheater. So how do they end up there?

The answer lies in the trap of marginal thinking. In fact, this framework explains why so many good people end up down paths that lead them to disastrous outcomes, from insider trading to cheating to injuring or killing themselves in avoidable accidents.

Let’s step back from the particulars of Houlihan’s case and talk about decision-making more generally.

First, what are marginal costs?

The trap of marginal thinking comes from Clayton Christensen’s book How Will You Measure Your Life? Christensen’s book applies core business concepts to help readers live more fulfilled personal lives. The last chapter is called “How to Stay Out of Jail.” (It could just as easily have been titled, “How to Avoid a Doping Ban.”)

We first need to understand marginal costs. In business, marginal cost is the cost of making one more widget, or producing one more piece of content. When considering a project, it’s how much extra you will have to pay to get it done. In a big company, this often allows you to ignore fixed costs that you’ve already paid for: the machinery, the salaries, the factories or laboratories, etc. Big companies value projects that use the assets they have, because they are cheaper.

The full costs include the marginal costs and the fixed costs. It’s what the project would cost to start from scratch.

Newcomers see a better way to serve customers and they come in and build something from scratch. They pay the full costs, and eat the bigger company’s lunch. The big businesses get caught flat-footed because their focus on marginal costs limits their options. They choose more guaranteed profits today, in lieu of investing in the next thing.

The ironic thing is, even though they only pay the marginal costs today, they end up paying the full price in the end…many go bankrupt.

In life, marginal thinking includes justifying activities with small benefits in favor of more difficult decisions that align with our long-term benefits. A few examples: texting while driving because you are late to a commitment, fudging your receipts to hide an accounting error, prioritizing work over family to secure that promotion, or taking a PED to be able to workout even though you haven’t fully recovered.

It’s the small risk you take in order to solve the moral problem you’re faced with today.

Marginal thinking has a few typical qualities: decisions are 1) made in the present moment, 2) done to avoid or reduce negative effects, 3) heavily influenced by our environment, and 4) they are small. In fact they feel trivial, at least relative to the problems they help us avoid.

Christensen describes them this way:

Many of us have convinced ourselves that we are able to break our own personal rules   “just this once.” In our minds, we can justify these small choices. None of those things, when they first happen, feels like a life-changing decision. The marginal costs are almost always low. But each of those decisions can roll up into a much bigger picture, turning you into the kind of person you never wanted to be. That instinct to just use the marginal costs hides from us the true cost of our actions.

All too often, that unthinkable destination is a divorce, a lost job, an arrest, a doping ban, or even your entire life.

For me, the clearest recent example was Kobe Bryant dying in a helicopter crash. I wrote about it in an article I provocatively named “You Can’t Go Be More if You’re Dead.” Kobe got in a helicopter that should have been grounded because he didn’t want his daughter to miss a basketball game. Not a championship game. Just a regular game.

It seems ridiculous now, but those marginal costs–your teammates need you!–feel real in the moment and the full costs seem so unlikely as to be impossible.

Doping through the lens of marginal costs vs full costs

So this brings us back to doping. There are multiple aspects of track and field that lend it to would-be dopers:

Doping starts because the athlete and the coach are overly focused on marginal costs. They have a problem at this moment that they want to solve, and avoiding those marginal costs feels worth it…just this once. They need to solve a nagging injury. They need to hit a time to earn a bonus or renew their contract. They are slipping a little and just need that temporary boost.

And so they dope. They get an unnecessary Therapeutic Use Exception from a friendly doctor. They convince themselves that they probably do have a thyroid condition. Maybe they try a microdose, but only under the legal limits outlined in the rules. If it’s under the legal limit it’s not technically doping, right? And surely many of their competitors are doing worse…

And then two things happen: it feels like it works and…nobody catches them.

And so they continue. Are they aware they could get caught? Rationally they must be, but emotionally they’ve convinced themselves they’re just doing what it takes. And that stopping would handicap them. And the odds are so low that they will be the ones caught… And even if they are, they’re going to have plausible deniability…

And then, one day, the testers show up, the urine has nandrolone or EPO or whatever other substance they tried to use, their appeals aren’t accepted and…their entire career is ruined. They pay the full price. 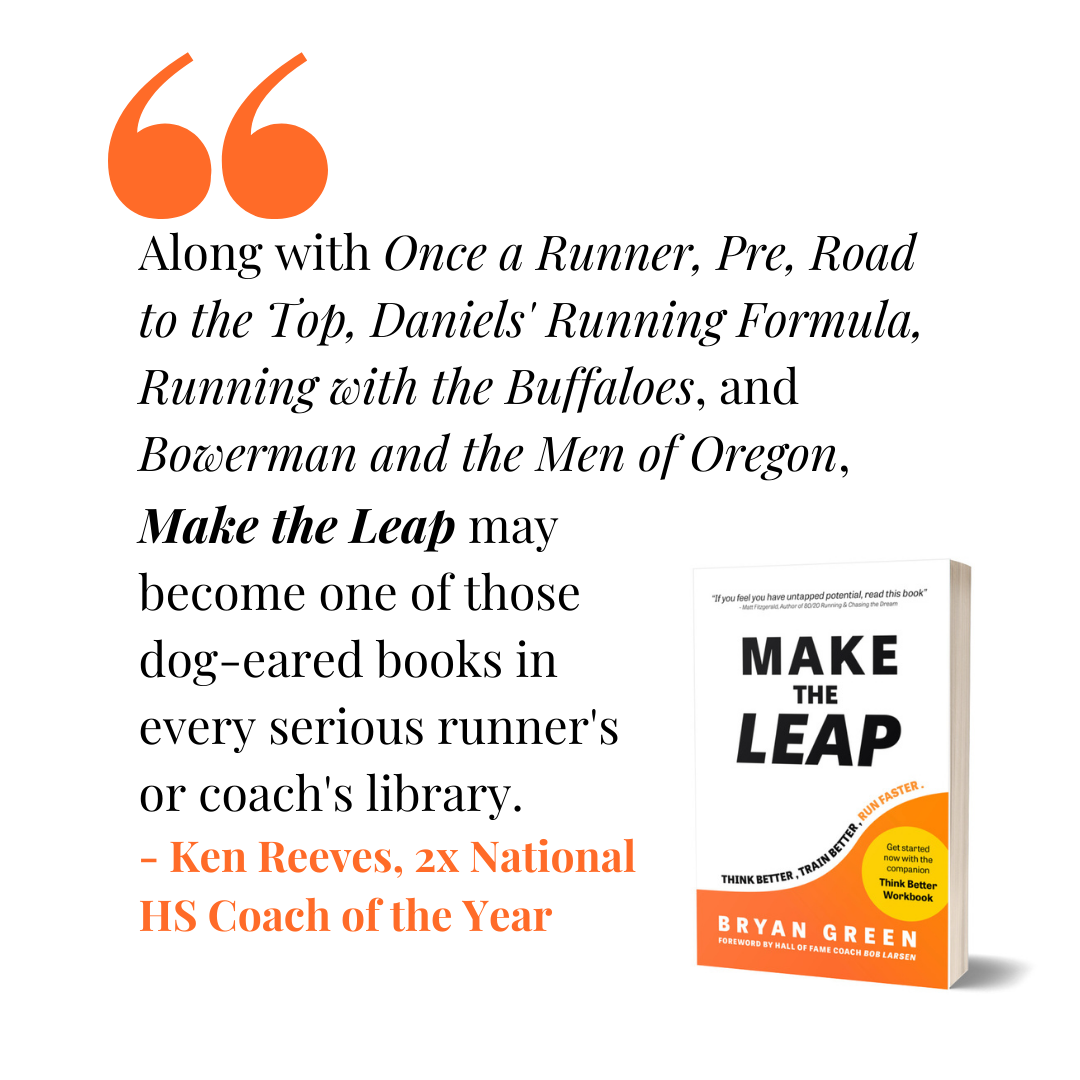 Why we need to understand the trap of marginal thinking

The simple truth is, in every area of our lives, we will be tempted to take a short cut, to fudge a number, to tell a lie, or to break a rule in order to solve that day’s problem. And because the marginal cost feels significant at the moment, we will convince ourselves it’s worth it…just this once.

You and I may not ever be faced with taking PEDs, but we’ll face it somewhere. So as hard as it is, I agree with Christensen, who concludes his chapter:

“The only way to avoid the consequences of uncomfortable moral concessions in your life is to never start making them in the first place. When the first step down that path presents itself, turn around and walk the other way.”

Here’s the challenge, though. The first step won’t feel like a big step. The critical moment won’t feel critical. It’ll just feel like solving a frustrating problem with a less-than-ideal solution. It’s at that moment that we need to understand the trap of marginal thinking and act based on the full costs.

If we don’t, we’ve set ourselves up to pay the full price, and that can be everything we care about…and more.

Bryan Green’s book Make the Leap: Think Better, Train Better, Run Faster, has been praised by Olympians, coaches, and competitive runners as “a pathway book” that “should be on the shelves of every coach and athlete.” You can purchase the book, workbook, and coach’s guide or sign up for his weekly newsletter at his website. Bryan is also the co-founder of Go Be More, co-host of the Go Be More Podcast and Fueling the Pursuit, and has been a frequent contributor to Runner’s Tribe (dating back to 2008!).