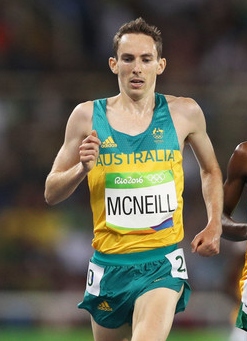 When searching for company for my day-to-day runs during the week, often one of the barriers between running with someone and running alone is the choice of location. Most of the time, I don’t mind driving to a run, but throughout the year, and particularly at this time of the year, I like to be on hilly terrain. Some of my contemporaries do not. Having once avoided hilly runs myself, I know the excuses: a fast run is better than a slow run, and the hills only slow things down and tire you out for all your other sessions. I was once a slave to the mileage and pace on my GPS-watch. Hilly runs only slowed things down and made my training diary look less-impressive. So what changed? Why did I start to embrace the hills instead of avoiding them? Well, a wise coach played a part in it, but also, perhaps not so coincidentally, I stopped getting injured. And perhaps most importantly for my own peace of mind, I could rationalise their benefit, and be ok with sometimes feeling tired during my other training runs. So, lets have a look at why hills are good for you:

Running up hills engages more muscle. Instead of just moving horizontally (forward), when we run up a hill, we move horizontally and vertically (up), allowing gravity to impose more of a challenge to our motion. Engaging more muscle mass has neuromuscular, biochemical, and cardiovascular benefits. The proportion of benefit to each system is determined by the volume and speed with which the hill is traversed. And better still, there are benefits to be found in running down hills too!

Muscles are always looking for the most efficient means for achieving a task with the minimal amount of fatigue. Minimising fatigue includes only recruiting enough muscle fibres to get the job done, or cycling from fatigued fibres to relatively fresher fibres. Compared to running on the flat, when you run up a hill, more fibres must simultaneously be recruited to achieve the task. The training effect of regularly incorporating hilly terrain into your runs is a better trained neuromuscular system, capable of recruiting more muscle fibres when we start running harder, such that the load is better dispersed, rather than relatively fewer fibres getting overworked and being at increased risk of injury. It’s a similar premise to incorporating weights into a training regiment (training our muscles to turn on and work more efficiently), but is perhaps a little more functional.

Of course, when there are more active muscle fibres at work – as is the case with running up a hill – the body has to deal with an increased turnover of fatigue products (substances produced by working muscle cells that can disrupt the rate of energy production or the ability of the muscle to contract if they’re produced quicker than they are cleared). When we fatigue, we slow down. Depending on how fast we are running, each of the three different pathways for ATP (energy) production will be more or less active than the other pathways (think ATP, anaerobic, and aerobic energy production from high school PE classes!). How fast we are running, and therefore how active each of the energy pathways are, therefore determines which fatigue products are building up. As we regularly apply a fatiguing stimulus, such as hills in a run (whether we’re sprinting up the hills or engaged in slower, drawn-out endurance effort), our muscles adapt by ramping up enzyme activity within the muscle cells to turn over those fatigue products faster, allowing us to resist fatigue for longer, or resist fatigue at a higher intensity. To build fatigue resistance in the same way on a flat surface, we must run a lot faster and/or for a lot longer, and pound our bodies into the ground with a lot more force.

Running up hills builds a stronger, more efficient heart too. When we work harder, our heart rate goes up. When our heart beats faster, more oxygenated blood moves through our bodies and through our working muscles. It also means blood is being pumped back to the heart faster. But what pumps blood back to the heart after oxygen has been extracted by the working muscles? As well as a pressure gradient through the cardiovascular system, the very muscles that are taking the oxygen from the fast moving blood are also squeezing that blood back to the heart. When our leg muscles are working harder – as is the case when you start running up a hill – more active muscle fibres means the squeezing force that helps pump blood back to the heart is greater. Blood then fills and stretches the heart more than when relatively fewer muscle fibres are working (say, when we’re running on the flat!). Because of a mechanism called the Starling mechanism, when the heart is stretched more during the filling phase, it contracts harder during the beating phase. With training and adaptation, a heart that is capable of filling more and beating harder doesn’t have to beat as frequently (lower heart rate). Hilly running can therefore increase our cardiovascular efficiency!

And while running downhill seems like the easy part of hill running, there are also benefits to be found in coming back down. Our muscles contract in three different ways: they either contract and shorten (called concentric), contract and don’t change in length (called isometric – think of a plank exercise!), or they contract and lengthen (called eccentric). Muscles are capable of generating about twice as much force eccentrically than they can concentrically or isometrically. When we run, our gait can be divided into a landing phase and a push-off phase. During the landing phase, many of our muscles contract eccentrically, and like a loaded spring, some energy is stored, which is released (called elastic recoil) during the push-off phase, when the muscles contract concentrically. On the down hill, the eccentric load of the landing phase is a lot greater, because gravity is imposing more of a challenge to our staying up right. There is a lot of research advocating for the benefits of eccentric loading on the strength of tendons (the cords that attach our muscles to bones). It is our tendons that absorb a lot of that “spring” energy when we land, so if they adapt to downhill running by getting stronger, then they are therefore capable of absorbing more energy and contributing more elastic recoil to the push off phase. More elastic recoil means relatively less chemical energy (ATP) is needed to fuel running at a given pace.

So, whether you’re sprinting up short hills, or slogging it out over long hills on your easy days, hill running really is a good bang-for-your-buck benefit!