Home Features Does Track & Field have an entitlement problem? 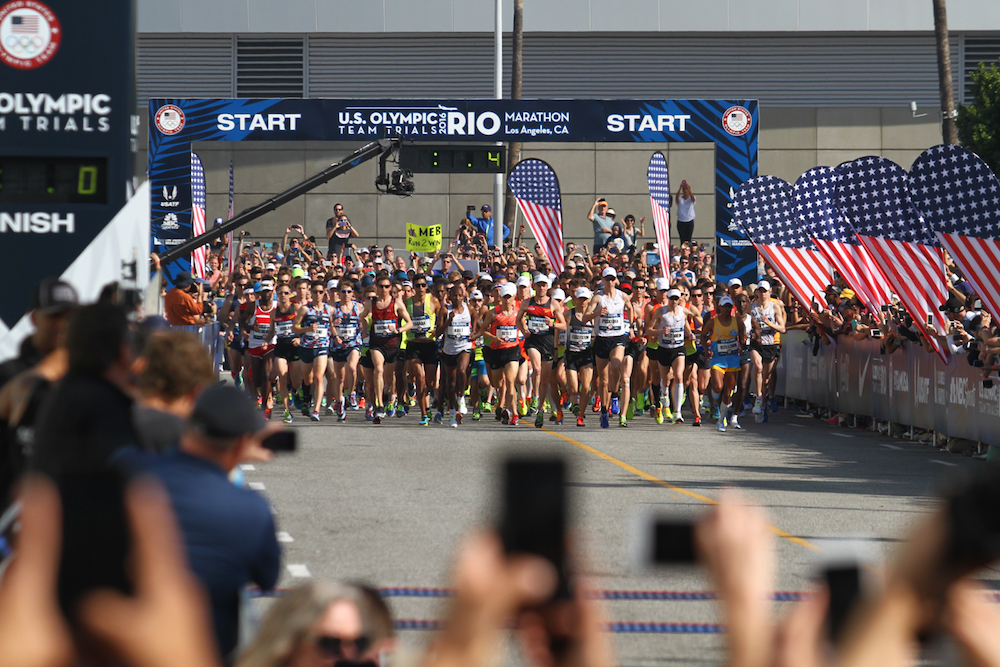 Does Track & Field have an entitlement problem?

Does Track & Field have an entitlement problem?

Track & Field is increasingly becoming the Republican Party of sport; its member’s love it yet hate half of everyone who governs or has anything to do with it. More importantly, many are overestimating their value and significance in the world. Track is angry: angry with Nike, angry with USATF, angry with select athletes making more than they deserve. So angry that they want to Make Track Great Again.

One of the most notable instances of anger came about as a result of the US Olympic Marathon Trials in Los Angeles earlier in the year. It was also one of the most clear-cut examples of track adopting all the contradictions of their political role models.

“The course was made for spectators, not athletes.”

“The host city was chosen so people could watch, not so the athletes could run fast.”

“The timing of races was based on potential TV ratings, not for the athletes.”

The key theme coming out of the Marathon Trials was that rather than being about the athletes, it was about television. However, if races were only about the athletes you’d never have a track meet outside of Stanford or a marathon anywhere but Berlin. This is of course contrasted with another source of anger from athletes; they don’t make enough money.

There is no market without television, because there are no fans without television. Television is Greek for God of Sport, just ask Alexi Pappas, although before this year I’m not sure if she had actually ever been to Greece.

Some of the angriest members of the track and field party wanted the Marathon Trials on television, but were frustrated that they cut to commercials at ‘key times’ in the race as opposed to rolling them across the screen. Here is a newsflash: there are no key times in a televised marathon; it is one of the most arduous viewing experiences available. The marathon has no right to complain about how it is televised, as it’s lucky to be broadcasted at all.

The NFL is a $10 billion economy that is projected to reach $25 Billion by 2027. Broadcasters pay for the biggest chunk of that. As a result, just about everything is dictated by coverage. The same can be said for The Premier League, which has had an unprecedented influx of cash from SKY Sports. The market shapes these sports, not the other way around.

Fighting for a fair wage is en vogue at the minute, and so it should be, for minimum wage employees that is, not track and field athletes. Minimum wage workers at Wal-Mart or McDonald’s are contributing to an economic system that privatises gains and socialises their losses. The key here is that there is at least a real (albeit shit) economy. The market of track & field is not; it’s a false economy that for the majority of independent contractors is essentially charity on behalf of companies that a few decades ago started out as running specialty brands.

Track endorsements are paid from a marketing budget, which means if they unionised as some in the sport are proponents of, they’d be fighting for relevance with commercials, Facebook advertisements and mannequins.

Track athletes are not part of the labour market in the way athletes such as Will Leer would like them to be. An increase in productivity on an oilrig or construction site has a measurable effect. The same cannot be said for an athlete running in circles 1% faster than the last time they ran around in circles.

Most track athletes are angry because very few people care about the sport in which they work so hard to be successful. Unfortunately, a fast runner is not entitled to anything because the potential return on investment is severely limited. Under Armour knows how many kids are lacing up a pair of shoes because of Stephen Curry. The same however cannot be said or measured for whatever athlete runs for Under Armour in the UA Gemini 2. To be fair, there are a few exceptions, most notably the large percentage of the elderly and morbidly obese buying Skechers as a result of Mebrahtom Keflezighi.

A betting man would have no issue laying down a few notes behind a company like Brooks still selling just as many pairs of shoes without Nick Symmonds and his Napoleonic complex. Meanwhile, although some athletes are starting to understand that controversy can indeed be good for business, I have my doubts surrounding the value for Adidas as a result of the Nick Willis hand-sex scandal.

There is no ‘fair’ tiered system of market value in track, let alone any professional sport. A 2:10 marathoner doesn’t necessarily make more than a 2:13 marathoner because those 3 minutes do not have a clear and definable correlation to sales. Successful marketing and appeal does not abide by the rules of minutes and seconds on the tartan. For example, a hot blond wearing Brooks such as Cas Loxsom is better for business than an increasingly more masculine looking woman in red lipstick running for Nike.

Some of the anger of athletes is pretty well placed, particularly given some of the archaic legislation regarding the ability of athletes to advertise sponsors on their uniforms. Nick Symmonds has said that companies want to put “millions into track and field”. Although nothing more than conjecture, it very well may prove to be true. Its hard not to get the impression that many believe that track could begin to model NASCAR. That being said, running in circles is even less interesting than driving in circles.

The difference however is that track isn’t incredibly popular outside of the Olympiad. Track is sport, not sports entertainment. It’s niche, and thus is always going to attract a niche market. Opening the doors to advertising does not necessarily mean it will come flooding in.

If athletes currently think contracts aren’t fair, they will be in for a harsh free-market economy lesson once advertisers are able to choose which athletes they believe will be best for business. There will certainly be a lot of Anna Kournikova-esque deals; good in photos, not so good on the track. This will surely bring about a whole new chapter of complaints about how we need to Make Track Great Again. 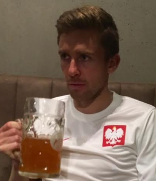 Daniel Wallis occasionally writes about running to fill time between literally anything else he can think of doing. If you find any of the above content upsetting or offensive, please address all complaints to The Runners Tribe and deposit them in the nearest available trashcan or dumpster fire.