Home Features Be the best runner you can be: Interview with elite Aussie marathoner,... 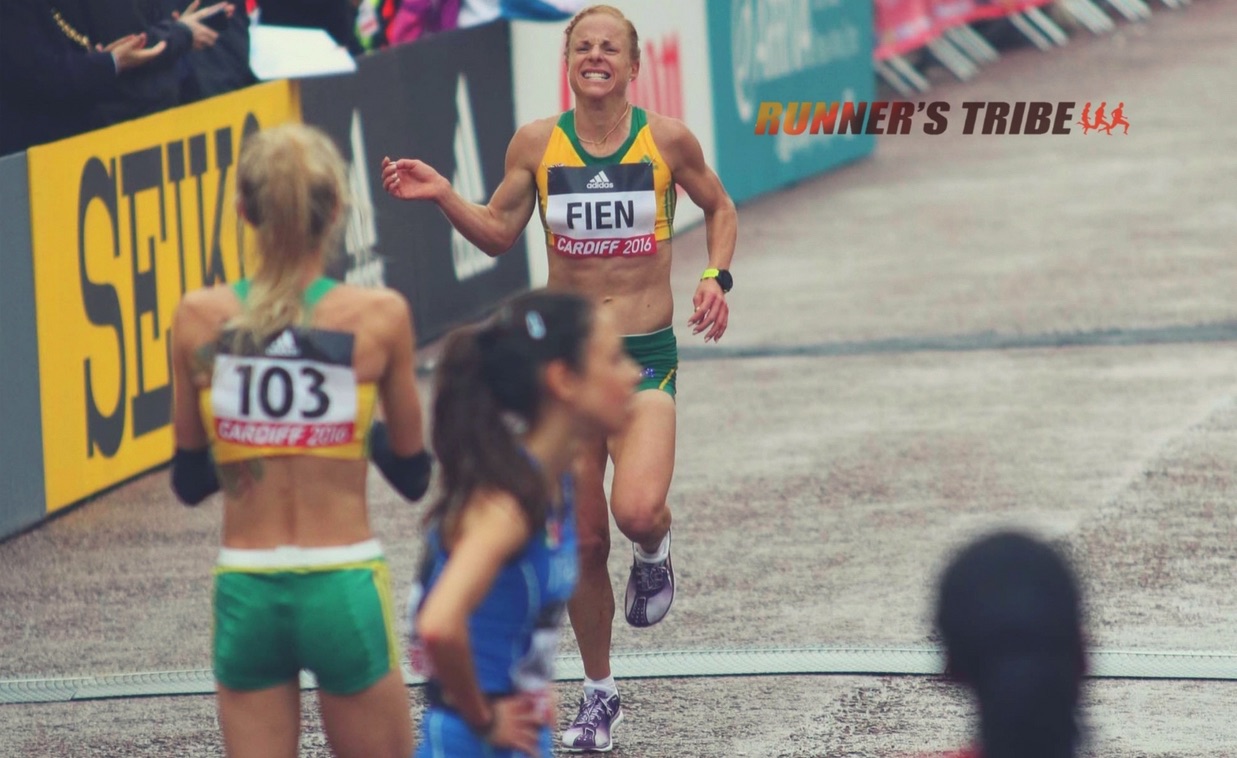 With Lisa Weightman, Jessica Trengove, and Milly Clark all clocking outstanding Rio qualifying times, not even a brilliant run in London was able to secure Queensland’s Cassie Fien a place on the Australian Olympic team. Left to re-assess her goals she now focuses on trying to be the best runner she can be and accepts that anything beyond this is out of her control. Runner’s Tribe caught up with Cassie for a chat after the Berlin Marathon.

Runner’s Tribe: Congratulations on your recent 8th place finish in Berlin (02:37:28). Can you talk us through the highs and lows of the race and your general thoughts on your performance?

Cassie Fien: Berlin was bittersweet for me. The high was being a part of the amazing event. It is one of the six majors (Marathons) of which I have been fortunate enough to complete three. The low was my performance. The “wheels” started to come off just after halfway…it took all my mental strength to cross that line. I had a feeling I wasn’t in top shape but not that bad. I collapsed over the line passed out for a split second, when I came to medical staff were all around me. I remember them picking up my arm and I was looking at it unable to control it? However 10min after I was up, hungry, thirsty eating and drinking anything I could get my hands on. I wasn’t dehydrated, I went straight to doping control, busting to go, while all the other girls were sitting drinking water to no avail. I really wasn’t that sore after the race! I can’t explain but no excuses or regrets just learn, be grateful and move on.

Sitting at doping control waiting to be tested reflecting. I knew a PB would be tuff today as I knew I wasn’t as fit coming in but didn’t think I would be as far away from it as I was. I gave it my all collapsing as soon as I crossed the finish line. I am disappointed to say the least but excited to have come away with 8th in the @berlinmarathon what a dream. Thank you to everyone for the kind words of support. I’m already looking forward to the next challenge! #zerolimits @altrarunning @injinjipp @skirtsportsaus @revviesenergy

I was so much more pleased with London. Although at the time I was pretty upset knowing there was no chance of making the Rio Olympic team, it was a PB so you can’t be upset having done your best!!

Yes, PB’s are always awesome, especially on a stage like the London Marathon. Can you tell us a bit about your job in the Aussie defence force? And where are you currently at with this role?

I am a Physical Training Instructor (PTI) in the Royal Australian Air Force (RAAF) a job which I love. I was fortunate to be promoted to SGT this year and posted into a new role which is both challenging and enjoyable.

What is the key to success as a long-distance runner?

I believe the key to distance running is mental strength. In a marathon your body is screaming for you to stop, you need the mental fortitude to override that and keep going. This is not only for race day but training as well. You also need to be a bit obsessed, which I sure any runner can understand what I mean!

Yes, being a bit obsessed is key to success in the majority of significant endeavours, runners definitely personify this at times. So apart from running what completes you as a person?

Apart from running, yoga would complete me. I don’t do a great deal at the moment as I choose running and work as my focus but I know once I finished with my competitive running I want to become a yoga guru!

We’re sure you’d be a highly successful yoga guru especially if you were a bit obsessed with it. Can you talk us through the toughest race you’ve ever competed in?

The toughest race I’ve ever had would have to be New York Marathon. I actually don’t know how I finished that race? I think I was running on the spot at some stage. It was my first competitive marathon.  I was in so much pain when I finished and the pain was throbbing through my body for at least one hour after. I never ever wanted to run again afterwards…that only lasted 24 hours!

Nice! Well, we’re glad you decided to come out of retirement after 24 hours. What’s your main goal/s with running?

My main goal with running is to be the best runner I can be. Until recently it was to make the Olympics and Commonwealth Games but I realized that this is completely out of my control. In trying to be the best runner I can, I could be selected for one of those teams, but that will be a bonus. I want to finish my competitive running knowing I gave it my all and got the absolute best out of myself, that’s my goal!!

That’s a terrific goal and you’re owning it! Next up, If you could go pro in any other sport than running what would it be?

If I could go pro in any other sport it would be a Motor Sport, a race car driver for sure.

Nice, that’s a major step up in speed to running with the world’s fastest production race cars, such as the Hennessey Venom GT hitting speeds of 430km+ per hour which equals to about a 6-minute 42km. Once again, we’ve no doubt you’d dominate that sport. So who has inspired you to dominate running and life?

My Dad inspires me in running and in life. His life was cut way too short so I feel like I want to get the most out of life for the both of us. We have very similar personalities so he inspires me and the memory of him drives me.

What’s one of your favourite pump up songs?

Rudimental – Not Giving In

Without Limits – the story of Steve Prefontaine.

That’s a great movie and in our opinion the best of the two Hollywood style Prefontaine movies. Billy Crudup nails his role as the man. Final question. What does running give you?

Running has given me so much. It has made me the person I am today. I feel so lucky to have found my passion. So many people go through life not finding something that gets them excited. I am able to test myself physically and mentally. I have suffered rejection, defeat, failure, disappointments but in contrast have achieved success, growth, met amazing people, and been given opportunities I would have never had if I didn’t have running in my life.