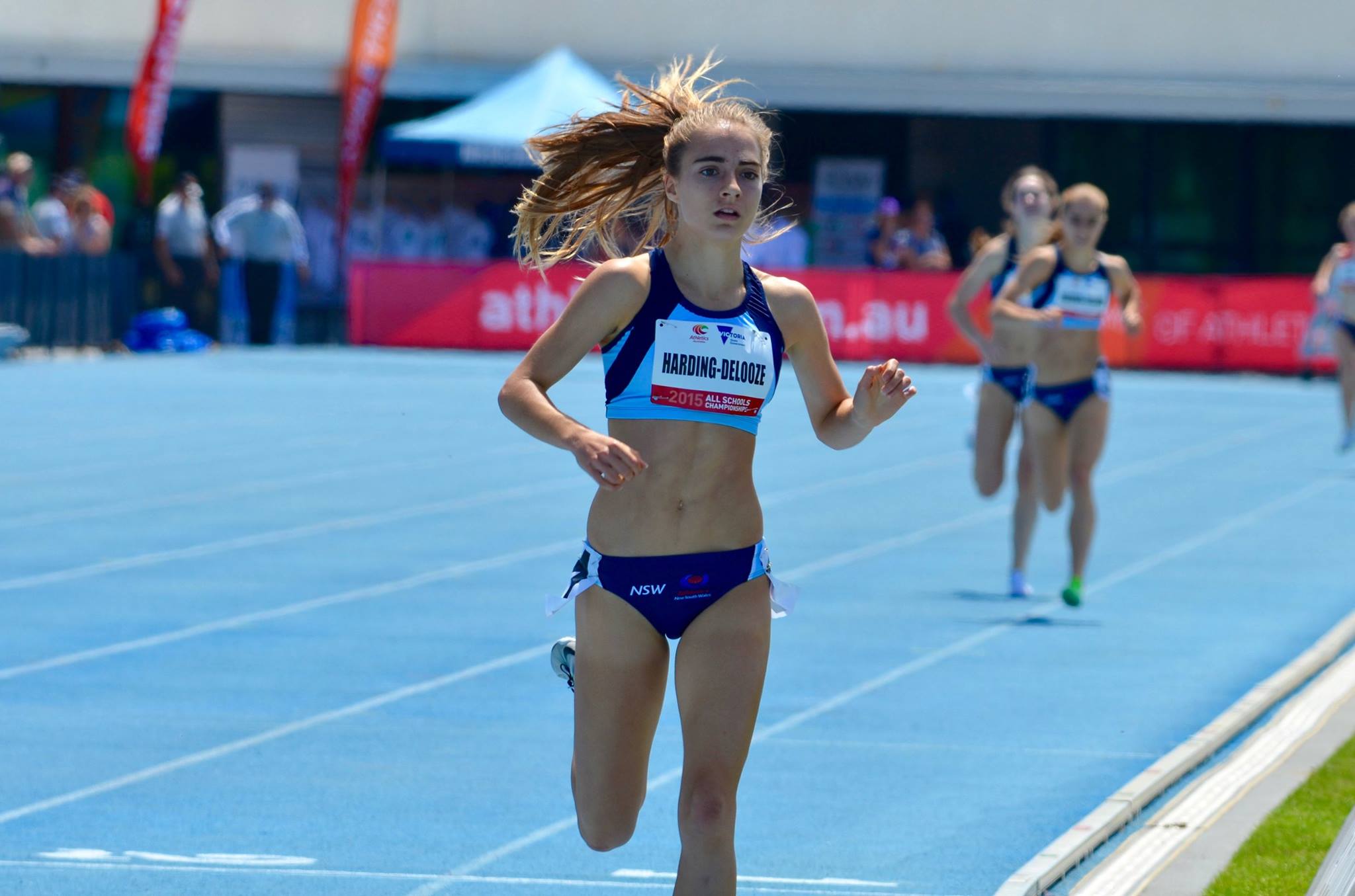 Although we didn’t see all our top junior athletes competing in Melbourne, the Australian All Schools Championships still managed to supply an endless amount of highlights. We take a look at some of the athletes that we could certainly see wearing the green and gold at either a senior World Championships or an Olympic Games.

All eyes were on Jack Hale (right) in the men’s U/18 100m final, and he didn’t let any of his supporters down with and excellent win in a time of 10.56s. The time just missed the WJQ mark of 10.56s, although Hale already owns a qualifying mark (10.43s, when winning the Tasmanian All Schools).

It was hard to know where to look as many athletes produced quality, and record breaking, performances. These included:

On the girls side it was Keely Small (pictured right), Amy Harding-Delooze and Abbey Rockliff who stole the show.

There were four magical highlights from the field, with a Victorian Record, a long jump that could have been anything and two Australian records being produced by four extremely talented athletes.

Matthew Ramsden had entered the 3000m at the Zatopek meeting already with some impressive form, most notably a WJQ in the 5000m at the Victorian State Championships (14.09.39). With all eyes on the 16 year-old middle distance star in Josh Torley, it was Ramsden who had the strength over the concluding stages to win with a time of 8.09.07.

A front running show was put on by World Championship representative in Rosa Flanagan of New Zealand. In the end she easily took the win in 9.19.23, while the first Australian across the line was Holly Campbell (9.28.20).