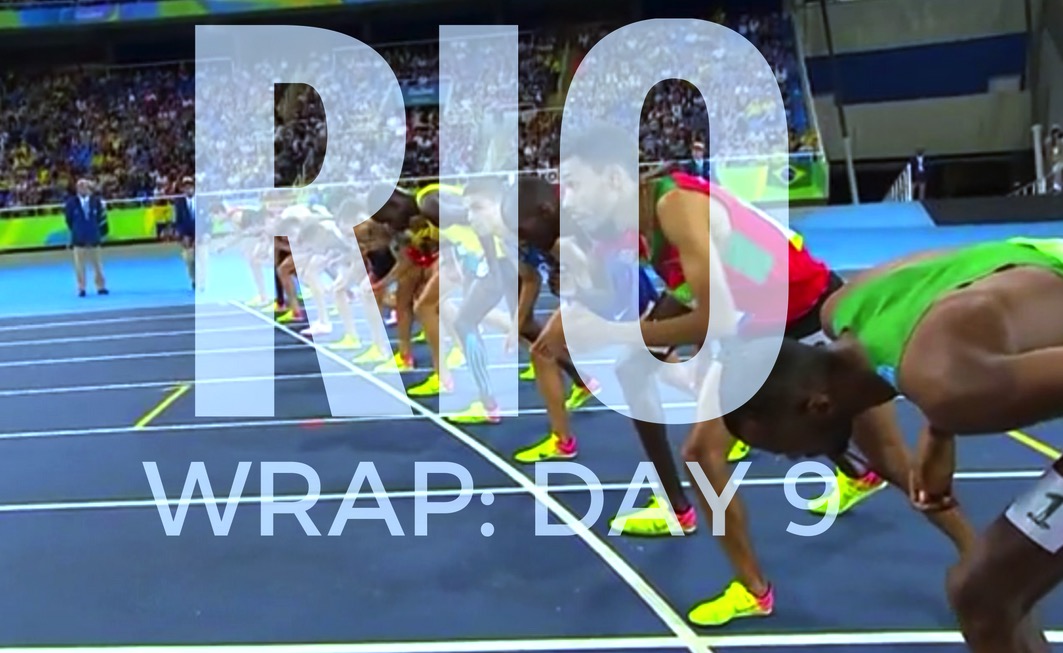 The final night of athletics inside Rio’s Olympic Stadium saw three Australians feature on the track. In a historic night for world athletics, Great Britain’s mighty Mo Farah completed the ‘double-double’ – the first athlete ever to win the 5,000m and 10,000m at two consecutive Games.

Australian Ryan Gregson survived a tactical affair in the men’s 1500m final, to run home strongly in ninth in 3:51.39. In a physical battle for position, Ryan’s performance is Australia’s best result in the event since 1976 when Graham Crouch finished eighth at the Montreal Games.

In a bizarre race, the handbrakes were on for the first two laps as athletes jostled for position, before Matthew Centrowitz won in sluggish time of 3:50.00, becoming the first American to win the 1500m since 1908. Gregson seemed to be in a good position early, but dropped back slightly during the middle stages, before fighting back gallantly toward the finish.

After the race he told Seven’s Pat Welsh, “I was in a good spot early, I just showed one moment of weakness with about 750m to go, a few guys all came at once and I wasn’t strong enough to hold them out and I then completely lost my spot.

9th in the Olympic Games 1500m final. @RyanGregson25 will walk away hungrier then ever. So proud of what you’ve accomplished #littleking 👑

“It’s unfortunate. The slower it is, the positioning is even more important. I didn’t have my best run, it was okay, it’s just that in a race like that, the slower it is, any mistake is crucial.

Contrary to Gregson’s humility, it was a great performance from the 26-year-old. A month ago, the idea of an Australian in the top ten in the men’s 1500m would have seemed sensational.

Though Gregson clearly held higher hopes, and when asked about this longer term goal, he replied, “I’d like to get in a position like this in four years but be fitter and stronger.”

“That is an achievement but I know what I’m capable of, and I think that if I have a little bit of momentum the next few years I can certainly finish higher than ninth and hopefully push for a medal next time around,” Gregson said.

“I look at someone like Nick Willis who just got bronze there – he’s 33 and he just seems like a fine wine he gets better with age so hopefully, I’m 26, I’ll be the same.”

The Australian stuck onto the pack and looked at ease throughout the race. However, the 25-year-old wasn’t able to hold on when the pace picked up in the final laps, and crossed the line in 15th position in 13:32.30.

With an average age of less than 22-years-old, the Australian women’s 4x400m relay team gave it their all in the world-class final, finishing 8th in 3:27.45.

The same team that raced the heat so well, lined up again for the final, with the teenager Jess Thornton (NSW) leading off, before passing to Anneliese Rubie (NSW), to Caitlin Sargent (QLD), and then to Morgan Mitchell(Vic).

With less than one second separating 4th and 8th place, it caps off a big week for Mitchell and Rubie especially, running their fourth 400m race of the Games.

Mitchell said after the race, “To make the Olympic final is a massive achievement and I guess our next goal is obviously world champs and then 2018 Commonwealth Games and anything can happen.”

She cited a bit more experience and fitness as the two key factors that would help propel the team to the next level, and that is something we are very much looking forward to seeing in the years to come.

That brings to a conclusion the track and field action at the Olympic Stadium with just the men’s marathon to come.

Bruce McAvaney has summed up the great action of these Olympic Games, with the likes of Bolt and Farah creating history, and the Australian team performing so well when he signed off with, “It doesn’t get any better than this.”

CATCH UP ON THE LIVE FEED TWEETS/SOCIAL MEDIA SCENE FROM DAY 9 BY CLICKING BELOW.