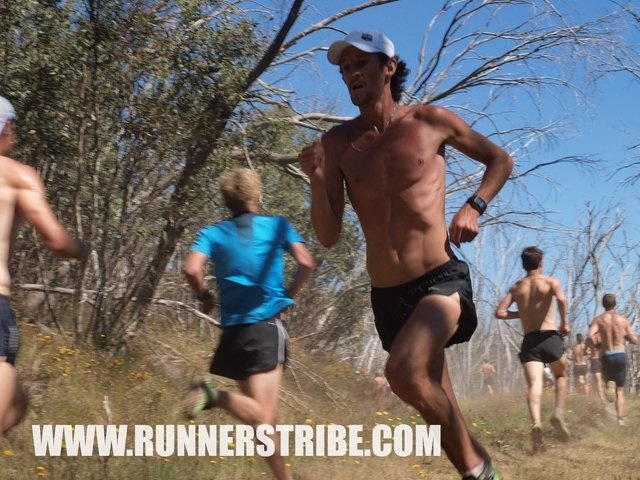 RT: Collis, thanks for your time. Congrats on your 4th consecutive win at the Noosa Bolt. What is it about Noosa, it seems you have a stranglehold over that race?

CB: Well I tried three times before I finally got a win and now I don’t really want to give it up! The Noosa Tri weekend is great and we are lucky to have a little part in it with the Bolt, there isn’t another race like it in Australia. This year I was pretty shocked with the result, I have had a longer break after Europe and am not as fit as past years, but I managed to get myself up for Noosa again.
RT: How is your fitness looking at this time of the year compared to years gone?

CB: I don’t think it is as good as years gone past, but that’s part of the plan Nic and I have for this year. I needed a small break and a good build up. Often you have to get a little unfit in order to build up again.

RT: Previous years you have headed to Falls Creek in November for a training camp but this year I hear you heading to Canberra. What is with the switch?

CB: Canberra is new and I’m pretty excited about it. I’ll be up there with Benny St., Youcef Abdi and Zoe Buckman. We hope to work in with Marty Dent and Philo Saunder’s group a fair bit. The reason for me is just a change. I love Falls Creek, but change is good, I’ll be back there soon enough.

RT: Do you think you have overdone it at Falls previous years?

CB: I don’t feel like I have. In some parts of the world, athletes live at altitude all year round, crazy I know! I will be back at Falls over the New Year period, I am actually taking up a group of local (Ballarat) juniors to show them a little bit about what it’s like doing what I do. They’re very excited and that’s been good to be a part of.

RT: Will you be sleeping in the high altitude rooms at the AIS in Canberra?

RT: Do you think the altitude tents and rooms work? Can you actually get a good night’s sleep in them?

CB: I can sleep anywhere, and I have proven this on numerous occasions. I do think they work, I haven’t spent a lot of time in them but I have heard only good things from many of our American counterparts. But for our group it’s always been about the training camp, that’s what we feel works the best. Getting a group together in a new location often brings out the best in athletes.

RT: Do you have any plans to race a marathon at any stage post London Olympics?

CB: Yes, Where and when I don’t know. Marathons fascinate me, I had a bit of bad luck this year in my first attempt. I will hopefully make amends at some stage.

RT: Thanks again for your time and good luck.