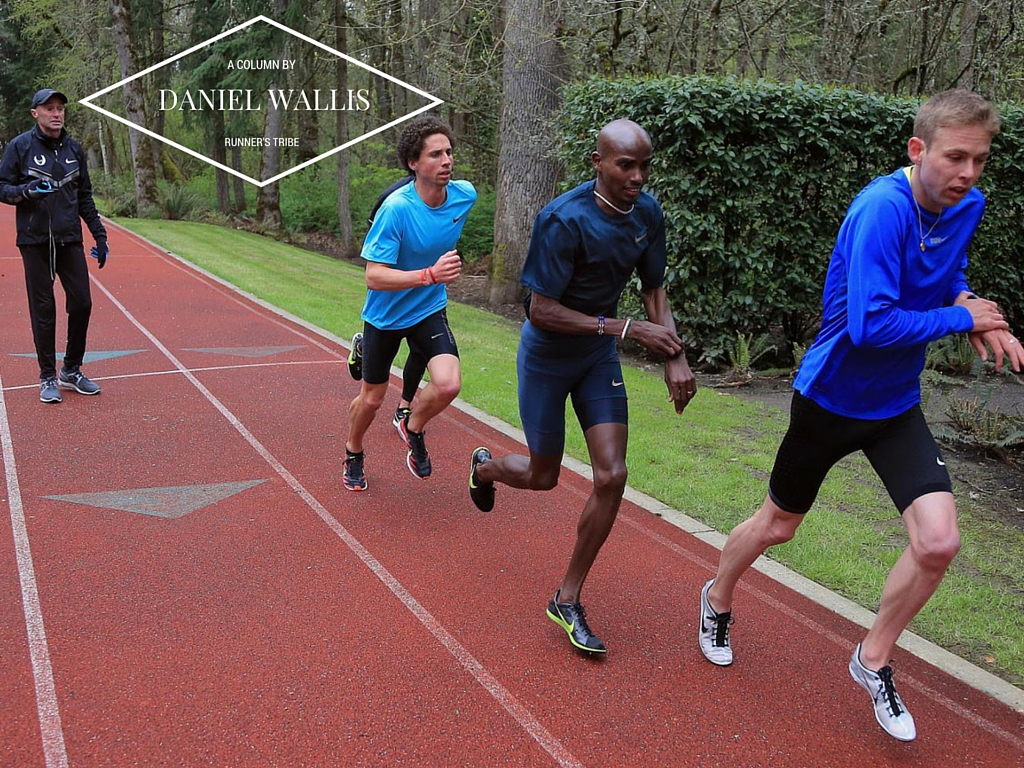 Everything you need, and nothing that you don’t:
A critical analysis of the ideal athletic training conditions.

With much of the United States currently in the midst of extreme winter temperatures and with storm warnings from the East Coast to the Midwest, many of America’s finest have flocked to warm-weather training camps in states normally reserved as pillars of Gods waiting-room: California, Arizona, Nevada, and if you’re particularly unlucky… Florida.

Much like those who are equally as privileged to be able to make the reverse trip to altitude in warmer months, seasonal training camps are alien to the working-class runner. However, as entertaining as a blue-collared, ‘9 to 5’ runner complaining about the 1%’ers on their ‘big’ contracts narrative would be, its been done… a lot, and its boring. Instead, we’re going to break down previously unexplored elements behind the perfect training camp location to give you an edge for 2016.

When finding a spot for their camp, most athletes and coaches go through the same criteria: the extent of the trail system, accessibility, cost of living etc. This is great if you want to maintain the status quo, but if we’ve learned anything from our man Alberto recently it’s that you have to push everything to the limits if you want medals. If you’re going to take your athletes to camp, you better make sure you’re showering and sleeping in the same room as them. If you’re going to have a son, you better make sure you smoother him in jelly that’s going to increase his libido. Never stop pushing the boundaries.

When looking for the perfect place to base your camp, it’s crucial to take a look at its population. The ideal inhabitants are going to be those who by the nature of their demographics and socioeconomic status are most likely to support the sport of track and field. Naturally the best place to look is at the heart of USA Track & Field (USATF) – its financial sponsors.

Three of the largest sponsors of USATF are Nike, Hershey, and Visa. Despite representing very different industries, this multifarious bunch of companies isn’t big on diversity. As you might imagine, the CEO’s of these companies fit a pretty tried and true model – they’re all old white guys. Meanwhile, the rest of the board members are also pretty stereotypical, but stereotypes exist for a reason: they save time – which is great for the purpose of this analysis. Over 80% of the combined board members are white, and are obviously predominantly male.

The three companies also have a total of three African-American’s as board members (all male), although Visa could have done better to lift the average, as they have none, so it’s a good thing they don’t include pictures of the board on their website. The Hershey Marketing team took a slightly different approach and made all their photos black and white – possibly a play on the cookies and cream theme… It’s hard to tell.

When racially profiling the citizens of prospective areas for your training camp, be sure to take the opposite approach of your Fantasy NBA draft (the obvious exception having been Steve Nash) and look for a population of predominantly white males – preferably in faded blue jeans and white New Balance sneakers. Based on the profile of those that give the most back to the sport, this will ensure a community-orientated experience for you and your athletes. If you insist on a 10-20% diversity quota, look for a town with a state university that has a reasonable athletic program.

A fundamental [ist] aspect of the modern training camp is ease of access to the supernatural.

God, or “JC” as his friends know him, is a renowned sports punter who has famously picked the winner of every athletic competition for the past 5000 years. Despite his close relationship with some of the world’s biggest sporting, cultural and political icons, JC is well known throughout the running world as the long-time coach of famed American marathoner and recent member of AARP, Ryan Hall.

A brief scan of interviews and comments from some of the USA’s leading distance runners including Galen Rupp, Dathan Ritzenhein and Mebrahtom Keflezighi reveals a startling similarity in their approach – they all believe that when God isn’t givng AIDS to babies in Africa, he intends on supporting their running careers. Moreover, according to the winners of just about any event ever in the United States, God has played a crucial role in their success. With this kind of evidence you’d be a fool not to implement a supernatural element to your preparations.

Given the empirical evidence above, its crucial that once a primarily white population has been identified that the athlete and coach then pinpoint at least half a dozen churches with which to contact the almighty. This allows for adequate rotation and will mean that in the event of unpredictable weather there are always alternate options.

Given the elimination of distractions commonly associated with running from home, training camps are often more physically demanding as the volume and intensity is increased for the duration of the camp.

An increased workload is associated with a multitude of physiological reactions in the body such as stress on the adrenal system, increased cortisol levels and muscle fatigue. The best way to cope with this new stimulus and create adaptations is through rest and recovery. However, sometimes there just isn’t enough time in the day to recover from the amount of training you want to do. The solution here is not to train less or push on and risk burnout, but rather to increase the body’s production of particular hormones that assist in recovery. Obviously we’re talking about testosterone, aka Mr T.

Mr T is amazing. It even comes in a jelly form that is great for “horsing around” with the lads between training – perhaps in a paddling pool. However, given all the controversy around Mr T as a result of liberals in congress and the lame-stream media, it’s pretty hard to get hold of. That’s unless someone you know has recently had a heart attack and in which case, so long as the treating physician received their medical degree from a cereal box, will likely have been prescribed testosterone gel for their heart. If that’s the case, then apply fervently.

However, if you’re not lucky enough to find yourself in a scenario as completely absurd as the one above, then you’re probably going to have to raise your T levels the old fashioned way – through intercourse. When engaging in intercourse at a training camp for recovery purposes it’s important to consider the following:

You probably shouldn’t sleep with anyone in your training group, as you’re likely to upset the apple cart given the tumultuous effect it has on female emotions. Moreover, many female long distance runners have bodies straight out of Auschwitz, which makes them far more susceptible to stress fractures and conversely, males far less susceptible to erections.

Rather, approach raising your T levels as you would any other aspect of your recovery and rehabilitation – by hiring a professional. Depending on where you are, the price and quality of this transaction may vary, but its important to treat it like a business. This will dramatically reduce both the monetary and time cost generally associated with the act, allowing for increased hours spent training and in recovery. Studies have shown an increase in T levels following a night of sex, however as with all recovery protocol, budget constraints often play a role. If you are unable to pay for sex regularly, prioritise it following key workouts and long runs.

As is often the case with rehabilitation specialists, very few have running backgrounds or a depth of knowledge of the sport of track and field, an issue that can often prolong time spent on the sidelines as a result of injury. Furthermore, while there are a reasonable number of physiotherapists that concentrate on running, those with an athletic background in this particular area seem to be hard to come by. That is of course with the notable exception of former Olympian Suzy Favor-Hamilton. If you are unable to secure an appointment with Suze, the best course of action when establishing a base for your camp is to take note of the cost of ribbed Durex and the preponderance of red-light districts. Other worthwhile indicators are massage clinics with 3 or more flights of stairs or no front door.

It may come of no surprise that when analysing our predetermined metrics, there were a multitude of places throughout the United States that fulfil the criteria of white, god-fearing individuals who enjoy access to regular paid-sex. However, despite a long list of notable mentions, there is one that stands out above the rest for your next training camp.

With a population tipping the scales at almost 90% white, you’ll find this location to be in almost perfect symmetry with the sponsors of USATF, thus ensuring an honest and transparent relationship with your benefactors. For the small price of controlling your wardrobe, this generous state, which also ranks in the Top 10 for average household income, will not disappoint.

Perhaps the most crucial element of our criteria was regular and robust interaction with the supernatural. Once again our algorithm has pinpointed the holiest place in the USA to match our preferred racial demographic. According to a Gallup survey of almost 175,000 people, this state sits atop the list as the most religious in America, and the only one where more than half surveyed reported attending church every week. If that wasn’t good enough news, one of its major cities also topped the US per-capita list with a staggering 1 church per 370 people.

Last but certainly not least, our final condition for the perfect training camp is frequent and cost-effective intercourse. The Centers for Disease Control and Prevention recently released the statistics on births in the United States, and one thing is clear: the people of this state are at it like rabbits. The rate of births is 17.6 per 1000 people, significantly higher than the national rate of 12.5.

In the absence of legal prostitution outside all but 8 barely inhabited territories in Nevada, we believe that given the popularity of pornography and intercourse, this state provides the most suitable conditions for naturally increasing your testosterone levels.

And the winner is…