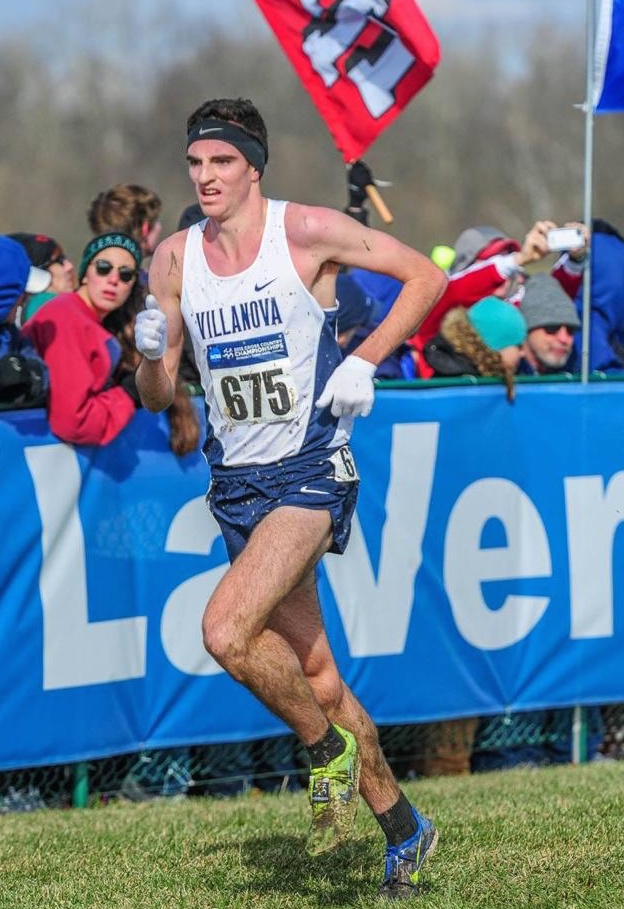 1) Positives about college in the USA (training in a team, coaches, funding, free college, etc.)

Well obviously, for starters, the major advantage of being on a sports scholarship in the US is that you are able to get a free education while pursuing some form of career in athletics. Secondly, I think the emphasis that is behind your chosen sport is very important. For example, we have training six days a week where we have to meet with the coach or as a team, while the seventh day (usually Saturday) is where you can go for a little jog on your own. In a sense, it is likely high school, where the teachers know if you are not showing up to class. Marcus (our coach) knows when we aren’t at training, and obviously he is going to be curious as to why not. So I guess the concept of having that extra incentive to be there every day and put your best foot forward is a major positive to come out of my move to the States. Lastly, the university set-up is very different to that back home in Australia. When I was at the University of Queensland last year, my classes consisted of over 200-300 student lectures that were immensely overwhelming, and also class participation and attendance was not noted by the professors. At Villanova, my biggest class so far has had 30 students, and attendance policies are implied. This has been much better for me personally as the professors are able to explain certain concepts to you face-to-face without too much hassle.

2) Negatives about college in the USA

In all honesty, there aren’t too many negatives to connect with the US college system. Being a long way from home has been relatively tough for me, but keeping in regular contact with my family over the internet isn’t so bad. We don’t get live coverage of the Ashes or the Rugby which is annoying, but understandable, so in reality I haven’t got too much to complain about at all!

Yes. I stand by my word in saying that making the move from Australia to the US for my university degree was one of the best decisions I have ever made. When you add up all of the pros and cons, you’ll understand why; the pros significantly outweigh the cons. There are a few Aussies over in the states at the moment that I have been in contact with, and I know that they have loved their time over here, so I would definitely recommend it to anyone considering making the move.

4) Advantages over staying in Australia

I named a few before, but one I didn’t mention was the level of competition in the college system. I know that in Australia the biggest university event on the calendar for athletics is the Australian University Games, where the main competition aspect is saved for the bars and clubs each night. The NCAA Championships are the biggest events on the sporting calendar in the US for many people, and the level of competition at which you are competing is almost at a world championship level. Last year in the 1500m final, a guy who has run 3:36 (yes, his name is Sam McEntee) finished 7th of 8th in the race. Now if that doesn’t scream that the NCAA Championships are one of the most competitive events in the world of University athletics, I don’t know what does. So, to put it simply, if you want to combine a university degree and a successful athletics career, I would seriously consider coming over to the US.

5) Thoughts on the lack of funding in Australia

This is one of the major reasons why the AUG is what it is. Universities aren’t paying money for their top class track and field athletes to compete for them, so why should the athletes want to compete at a high level? Training must be done independently, and around whatever uni timetable is thrown at them. I know it is very difficult to build a system such as the NCAA has done over in North America, but it doesn’t even seem like Australian University Sport is trying to keep athletes such as myself, Sam, and Jordy Williamsz in Australia, which is a real shame for the growth of our sport in the nation, and why we are losing so many people to the US College system.

6) Education level and prospects after career

I’m currently studying a Bachelor of Science, majoring in Mathematics, knowing that the education I am getting is at a very high level. Villanova is known for leaving its graduates with a very high level of education, but then again many of the US colleges in the NCAA do, so you generally know that in going to college in the US, you are going to come out of it with a high quality degree. What I am going to do with myself outside of running and college I have not given a whole lot of thought to yet. I still have three years to figure that one out, so I think I will just keep riding this train that I’m on, and get off at the right stop when it is necessary.

7) General idea of training. Talk in as much detail as you like here. Can give a full program or just an overview

The major mix-up for me with the training was that instead of doing a lot of 100% work, my training now consists of heart-rate based, controlled efforts. This cross country season, we did a lot of zone 2 and threshold work, touching base with some of the body’s systems that have been left alone for me in the past. To summarize, I wasn’t feeling as tired as I was in 2012. At the end of a session, I wouldn’t be on my haunches gasping for air. Instead, I’d be jogging back up to start to get my warm-gear on before hitting the showers. I think this was the major reason why I had a successful cross country season this year, and I am hoping to carry this momentum forward into my first indoor season in 2014.

8) NCAA Nationals experience. The build up (season before it), week before it, day of the race, during the race, after the race, etc.

For the majority of the season, our focus was on our conference championships, where were three weeks before Nationals, so in all the summer training and the opening few races, Nationals was not even on my mind.

The week before Nationals was Regionals, where we had to finish top two as a team to qualify, so emotions and stress levels were pretty high. This was the first time where our focus had turned solely to Nationals, where our result at this race would determine our fate for Nationals. We got through it comfortably, winning the meet by a large margin; however we all knew that we wanted to end our season on an even better note: finishing top ten at Nationals. Throughout the week leading up to the race, I was pretty calm, I hadn’t ever competed in a race like this before, so I had no idea what to expect. For this reason, I said to myself “there’s no point getting all tangled up over a race that you cannot even picture in your head”.

When the day of the race came though, I was really nervous. Showing up to the course and seeing all of these guys that I had heard so much about was very intimidating. So I just sat down in our designated tent, plugged in my earphones, and listened to ‘Mr November’ by The National on repeat until it was time to warm-up. On the warm-up, I began to take in everything that was around me: the below freezing temperature, the mud-bath of a course, and the idea of running 10km in those conditions. However, when my head was down on that start-line, all of that seemed to disappear.

Within the first two kilometres of the race, a group of about 15 runners had separated themselves from the remainder of us, leaving me to lead the chase pack. Going through the halfway marker, I felt very comfortable, and was still at the forefront of this enormous pack. Over the course of the second lap (of two), we began to pick up some stragglers from that lead group, and with two kilometres remaining, I found myself in a position where I could potentially finish in the top ten. One kilometer to go, and I started to make a move off the front of the pack (which had simmered down by now) with a few other runners to contend for this top ten spot. Turning into the homestretch, I was in 11th place, and needed to pick up one other runner over the never-ending 400m home-stretch. Clicking into the highest gear I could, I passed a couple of guys to finish in ninth place.

My emotions after the race were mixed, because although I had exceeded all of my personal expectations going into the race, we had finished 17th as a team, which was not exactly what we had come to achieve. Within an hour of the finish, all of the boys seemed to have regained their spirits and were already looking forward to next year’s race where the goal will once again be a top ten finish.

For now, I am just looking forward to heading home over Christmas and spending some time with my family and friends back in Oz.

CollegiateDraft.com is a new student-athlete recruiting company aimed at providing a simple yet specialised and inexpensive way for athletes to apply for a University scholarship in the United States.

CollegiateDraft.com enables athletes to register their training, academic and lifestyle preferences, which are then matched by algorithms to best suited and relevant Universities throughout the United States. The athlete’s information is then sent to the Head Coaches of the matched universities and the bidding for the athlete commences.