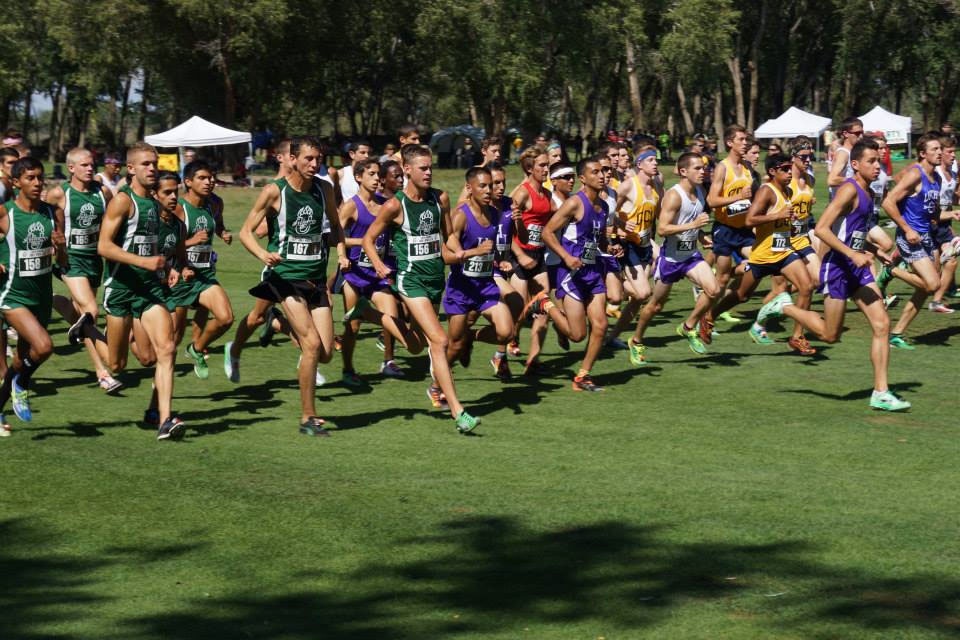 By Matt Fox for Runner’s Tribe

Kevin Batt, thanks for joining us. You’ve just returned back to base camp – a chilly Alamosa Colorado, from a trip back home to Australia in which you trained up at the annual falls creek training camp for a few weeks and then ran a very swift 3km at the Hunter Track Classic. Things are going well?

Kevin Batt – Things are good… I’m tucked in a beanie, two jackets, trackies and in a blanket watching some random discovery Chanel show my room mate put on about Siberia and reindeers. Quite fitting to Alamosa’s climate right now…

Before you headed to falls, you endured a few very cold months in Alamosa, Colorado before racing NCAA’s. Tell us a little about this experience, including the NCAAs. There were consistent temperatures of -25 celcius. How did you manage in this?

Kevin Batt – Yeah, Alamosa, Colorado is known to have some of the coldest winter temperatures in the USA, but luckily for us, Adams State just had a brand new indoor track built. It’s a great facility to have in these colder months… It is also sunny 340 days a year here so it makes -20′s a bit easier to handle. Not quite shirts off running weather though.

Our team, Adams State, had a lot of attention from flotrack early in the season as they did a 2 part series on our team and how we have dominated division 2 and even knocked out a few of the top division 1 teams in recent years. Our big meet was the Roy griack in September against plenty of top ranked D1 teams. Our 3rd guy – a 13.50 5k guy had to pull out with injury and that really hurt our team and we ended up finishing a sub par 4th. Individually, I was 2nd overall out of 230 guys and 0.1 from the win. Next up, we had our conference and regionals. Year in, year out we have crazy battles with Western State; a very Similar college to Adams State. We traded wins in these two meets and then the stage was set for a big show down at the nationals. Surprisingly, we came out on top with a convincing win.

Individually, I had nearly a perfect XC season; day in day out in training / racing for about 4 months. At the nationals I was in my best shape to date as shown by a 8.09 3000m time trial at 7500 ft. In the race, I got to 7km in the front pack and a bear jumped on my back (not literally) and I had a Barry Blow-Up. Before the race I was one of the favourites to win and I ended up finishing a disappointing 12th. I still have no explanation for that one… I guess somedays it’s just not your day.

A very strong season, but bad timing for an un-explainable blow up, but it happens. I guess some good motivation moving forward to track season. Did you take some time off after nationals?

Kevin Batt – Yeah, I had a week off running and spent a few days at the world famous ski slopes in Breckenridge and went snowboarding with a few mates. Then, I headed back to Alamosa for a few days and jumped on a plane home to attend the annual falls creek distance camp in Australia.

Great stuff. Being able to drive up the road to one of the worlds best ski slopes is not a bad bonus. So how are you enjoying it over there in general? You’ve been there 2.5 years now?

Kevin Batt – I am approaching 3 years over here in the states. I am really enjoying the running aspect as I have improved from a 14.04 5000m/ 3.54 1500 guy to last season to 13.44 and 3.41. The running part comes far easier compared to sitting in a boring class. Initially, I wasn’t really into the classes at all and was absent far more days than I was present my first year and a half. But this last year I have taken a liking to business marketing and those sort of classes and I am genuinely starting to enjoy it which has resulted in my absent days on the decrease.

Kevin Batt – I’ve been known to use a bit of charm and to welcome the assistance from some girls in some of my classes with the boring “sh!tter” subjects such as anything to do with Math/ science..

Those can be a drag and it’s very nice of them to assist with those. As you mentioned just before, you have seen huge improvement over there. Why do you think this is?

Kevin Batt – My improvement in running is because of the competition in the NCAA, it is the next best thing to being professional as you have all the facilities at a college and get the opportunity to race at world class meets for free. Adams State is situated at 2300m apparently that helps my red blood cell count so maybe that is the reason…

A great bonus being that high up. You also have a very strong team around you as well as an excellent coach, surely that would help also?

Tabor is a character, he once imitated being an Australian out at night and it paid off well for him. Tell us about that night and a bit about your European trip last summer…

Kevin Batt – Apparently Aussie guys do well with girls in Europe. He caught onto this and played off an Aussie accent and fooled the unsuspecting innocent girl from Copenhagen and sealed the deal! I Loved Europe not only for the night life but the races go well too with the club beats pumping. I’m excited to see a bit more of Finland and it’s scenery next summer and then hit the Greek islands and help out their struggling economy..

The head Coach of Adam’s State – Coach Martin, is known to be a bit of a guru, can you share some of his training methods/secrets?

Kevin Batt – He is very patient coach and has the history of turning 4.30 milers into sub 4 minute milers. The Adams State program is not a short term bomb factory; it takes week in week out 90-100 mile weeks and true fitness built over a minimum of two years. Because the altitude is so high all of our runs are done at a far slower pace compared to sea level. To maintain leg speed we do plenty of fast strides on the track throughout the training week.

Very good. What is one of his/your favourite workouts?

Kevin Batt – 8 x Mile repeats around a park with 2 min recovery. I always feel light headed/nauseous after that work out and feel the similar effects of a big night out in Phuket, Thailand.

It’s very nice of you to add a simple parable so that we all know exactly how that workout feels afterwards. Sounds tough. You’ve done some travel outside of your time there at College. In fact, it would be good to hear a summarised life story of yours since, say coming out of high school. You spent some time living and training with the great Ryan Gregson in Wollongong, went travelling through Thailand… tell us all of this…

Kevin Batt – My year when I was living with Ryan and his family in Wollongong was probably the best year of my life. It really opened my eyes up to what it takes to get to the next level in running. I am forever grateful to them for that as it really did change the course of my next few years. I traveled to 11 countries throughout Europe my favourite being Germany; people are so chilled and nothing is out of the normal there. Russia/ Siberia is now on my hit list after just now finishing that discovery channel documentary.

Russia is the neighbor of Finland so that’s easily done in the 2014 summer. Being an advocate traveler, where is your ideal:

1. Place to live being an athlete

2. Place to live being retired

Good choices. Moving forward to 2014 … a short falls creek report would be great to hear…

Kevin Batt – I was staying with Ben St Lawrence, Sam Strutt and Hamish Mc Donald I was only able to stay for 12 days because of my limited time in Australia. I was training mostly with the Bideau crew… great guys to train with. Falls is a quite place where there is not much going on so I was just trying to catch up with mates on the mountain watch a TV series called Suits and play UNO …

Awesome and what did the training up there consist of?

Sun: I normally the day where I Blow doing a 2 hour long run

Solid week. You obviously trained quite well as you came down to Newcastle and opened up with a 7.57 3km, which is certainly a huge positive going into 2014 indoors and outdoors. What is on the cards now?

Kevin Batt – Year after year I am figuring out how to train better up at training camps. I’ve figured that it is better to be a bit under done than over done. I’m just back this weekend from Albuquerque in New Mexico where I raced a Mile against some top american pro’s including Ryan Hill, Lopez Lomong and other’s and I ended up running a 4.02 at altitude which convert to an unofficial sub 4. Next up is a 3000m in seattle in 3 weeks,

Great start with a 7.57 win and a converted sub 4min mile coming 4th in a strong field. So until Seattle, it’s head in the books and training hard, I take it?

Kevin Batt – Yeah thats the plan for now, need to settle back into college life and get a good routine schedule with classes and training going on.

Alamosa is a cool little town very high up in the mountains of Colorado, but a bit of fun can be had there. It would be great to hear about what you get up to outside of training when you’re in Alamosa… perhaps your normal daily routine or something like that…

Kevin Batt – I live with 3 other guys on the team we had a table tennis table then upgraded to a Pool table. We play that quite a bit, lots of chilling, playing GTA 5 during the winter but in the warmer months our favourite place is to hang out at rock jump in the mountains called bottomless “they” say its over 100m deep and golem from the lord of the rings lives there.

You also operate an outdoor solarium, tell us a little about how that’s going…

Kevin Batt – Yeah we have opened a business at our house where we have an outdoor solarium on our roof and you can just rock up and jump on our roof and enjoy the 340 days a year of sun. We are yet to make any profit as of yet…

Let’s hope you start to make a profit soon. Thanks for the chat Kevin and talk again during the season.