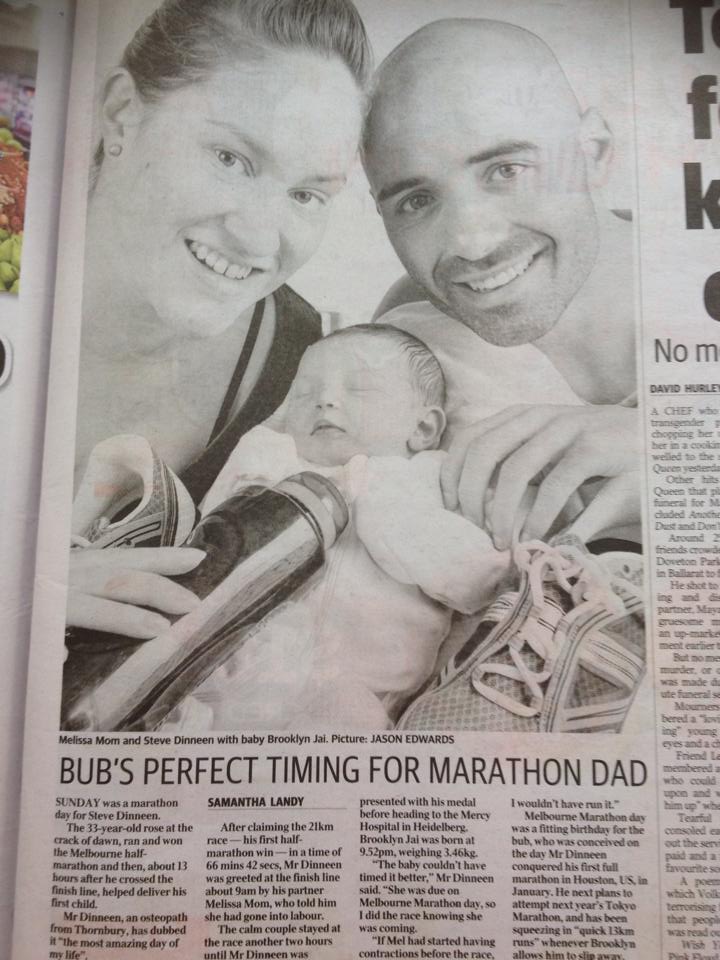 The Lake Biwa Mainichi Marathon held in Otsu, Shiga, is one of the prominent Japanese marathon races of the year. It is a male only competition and has IAAF Gold Label status. What made you choose to compete in this race?

The Lake Biwa Mainichi Marathon is the perfect fit for my next marathon for several reasons.

Firstly, it is a quick course with a great deal of depth from the winner all the way back through the field to those running 2:30hr. There should be a good pack of guys running around the pace I am after which will be a huge help to my end result. Lots of the big city marathon’s like London, Berlin & Boston have the best guys trying to run 2:03hr to 2:08hr and not many between 2.11-20. Often those between 2:09-20hr have either blown up from trying to run a faster pace or the odd guy who has run the majority of the race solo.

Lake Biwa also has a relatively small field compared to other marathons as it has only elite male entrants who are sub 2:30hr marathoners. This small field means I won’t get caught up in the masses and can quickly settle into my race rhythm without hassle.

With Japan being 11hrs away but in a similar time zone (only 2hrs behind Australia) it helps avoid getting to much jet lag. The weather is often great for a marathon with temperatures usually between 8-14 degrees Celsius and calm conditions. Gloves & arm warmers will be part of the race kit!

And from all reports Lake Biwa marathon put on a quality 5-star experience. Off the track athletes are well looked after, and more importantly on race day everything is sorted from transport to elite drink stations every 5kms. All we need to do is race & the rest is looked after for us.

Hence my coach Patrick & I felt Lake Biwa was ideal for my next marathon.
As per the entry list Bazu Worku from Ethiopia (marathon PB 2:05:25) is the top runner.

Are you going to try to stay with the lead pack? Or run your own splits? Basically what’s the plan during the race?

Hahaha! Nar, no kamakarsi for me! I will be ignoring the front pack & doing my own thing. If I look over to see Bazu at the 1km mark beside me, one of us have got it wrong!

My plan is to set out to run 2:17hr which is 3.15/km pace. I am hoping to get to halfway feeling reasonably good & continue that on to 34-35kms where I can re-evaluate if needed than. This is only my second marathon that I would have raced seriously. In my first I wore a shoe to light for the marathon and paid dearly for that in the race from 22kms onwards. I have sorted the shoe issue out, so I am looking forward to a much better experience this time round.

Is running a qualifier for Rio 2016 in the back of your mind at all leading into this race, or any future marathons over the next 12+ months?

Rio, I have not really thought about it until now. So not really in it being a focus.
I need to pick my races wisely, do the best I can in each of these events & the rest will sort itself out.

Of course I realise Rio is next year and athletes around the world are trying to plan & qualify for it. The way I see it, I will be trying my best to run the fastest marathons I can for the next 2-3 years whether Rio was there or not. I’ve been told that most elite athletes can race up to 2 marathons in a year time frame at their best due to the recovery & training required. So given you only get 1-2 opportunities a year to run your best, I will be having a crack to run my best each time I toe the line.

After the disappointment of my debut marathon in Houston last January I set my sights on the Gold Coast marathon the following July. I had a terrific 14 weeks preparation….until I came down with the flu a week before the race. So I am taking each marathon race as they come as I chase my perfect result. What that is exactly, I don’t know just yet. But if the timing is right and it leads to selection in an Australian team of some sort, I will be over the moon.

You’ve recently had an amazing little addition to the Dinneen family. Has this changed your training regime or even your motivation to succeed in the running domain?

Yes, my partner Mel & I were extremely lucky to have our gorgeous daughter Brooklyn arrive on the 12th of October. Brooklyn has already started showing me up – I raced and won the Melbourne half marathon on the morning of October 12th. I crossed the line to hug Mel who told me calmly she had gone into early stages of labour. I initially thought she was joking. But 10 hours later Brooklyn was born trumping my mornings victory and taking any attention away from the victory I had. I have a funny feeling this pattern of over shadowing me may continue on for life!

So yes, my training and lifestyle has changed a lot since she was born. Firstly there is the ‘time’ thing – I now have; less time to waste, less sleep time, less down time, less recovery time. I have been able to maintain my running/training time in terms of doing the kms & sessions. But everything around it changes. I know by running now I am sacrificing time with my Mel and Brooklyn, sacrificing work & pay to train the hours I do, sacrifice quality time with friends & family as I miss events or am exhausted when I do go as a result the marathon training. So more than ever, I now feel it is important for me to race extremely well as running comes at a cost off the track more than ever.

It has been a long road coming back from major injury/surgery 4 1/2 years ago. And I feel the next 2-3 years of running can be my best, but with a young family it isn’t as simple as that for me anymore. I am lucky that I have a supportive partner in Mel who has taken a lot of the load with looking after Brooklyn in the lead up to this marathon. So when I race these days I know Mel, Brooklyn & myself have all sacrificed things and it is important for me to pay them back by running very well.

If you could give a tip to runner’s out there trying to reach their full potential and achieve success what would it be?

Be patient, running is a long term sport. Especially distance running. It takes years and years of consistent & progressive build up training to reach your full potential. So if you are going to do it well you need to be in the sport for a while, so you might as well enjoy it!

It is a individual sport which I think is best done with people. So join a group or club to train with, get some support, guidance, get out of your comfort zone and have fun.

The group I train with in Melbourne have male & female runners, ranging in age from 16 to mid 50’s, events from 800m to ultra marathon & various abilities like for 10km 29 minutes to 45 minutes. Obviously we don’t do exactly the same sessions, but it works for the 25+ people in our group and we support each other.

Runner’sTribe: Thanks Steve and all the best in the race

I sunk at Lake Biwa marathon today, & there were a few other casualties out there today as well! The course & organization was sensation….just a shame the weather was average with constant rain, strong winds & I didn’t produce my A game when it counted.

I was asked just after the race if I was shattered as the person asking knew a sub 2:18 marathon would most likely get me into an Australian team at the IAAF World Championships later this year. I believe running 2.:16-17 iswell within my capabilities, if not 2:15, at this current point in time. So it wasn’t like I was chasing a silly time, I just needed to run to my potential or just off it and the qualifying time was mine. Having run a qualifying time, all I would need is for Athletics Australia to pick me & my dream comes true to represent my country at the World Champs.

So today’s result meant I blew that chance. But am I shattered, no. I prepared as best as I could, raced as best as I could on the day where things may not have gone my way. I didn’t die wondering, and when it does come off it will be all the sweeter!

You find out a lot about yourself with failure, surely there can’t be much more I can find out about myself after my first two marathon races both went to pieces! And yes, I am still smiling as I write this – except when my leg cramps kick in! How can you not smile with the family & friends I have around me & people sending me so much support & encouragement. Much appreciated! I am now looking forward to spending some relaxing time with my beautiful family Mel & Brooklyn on a beach before heading back to Australia to catch up with family & friends. Few enjoyable weeks before slowly shifting the focus to that 2:16-17hr marathon that will come