Home Features For the love of Running – 4 Key Sessions from Nic Harman... 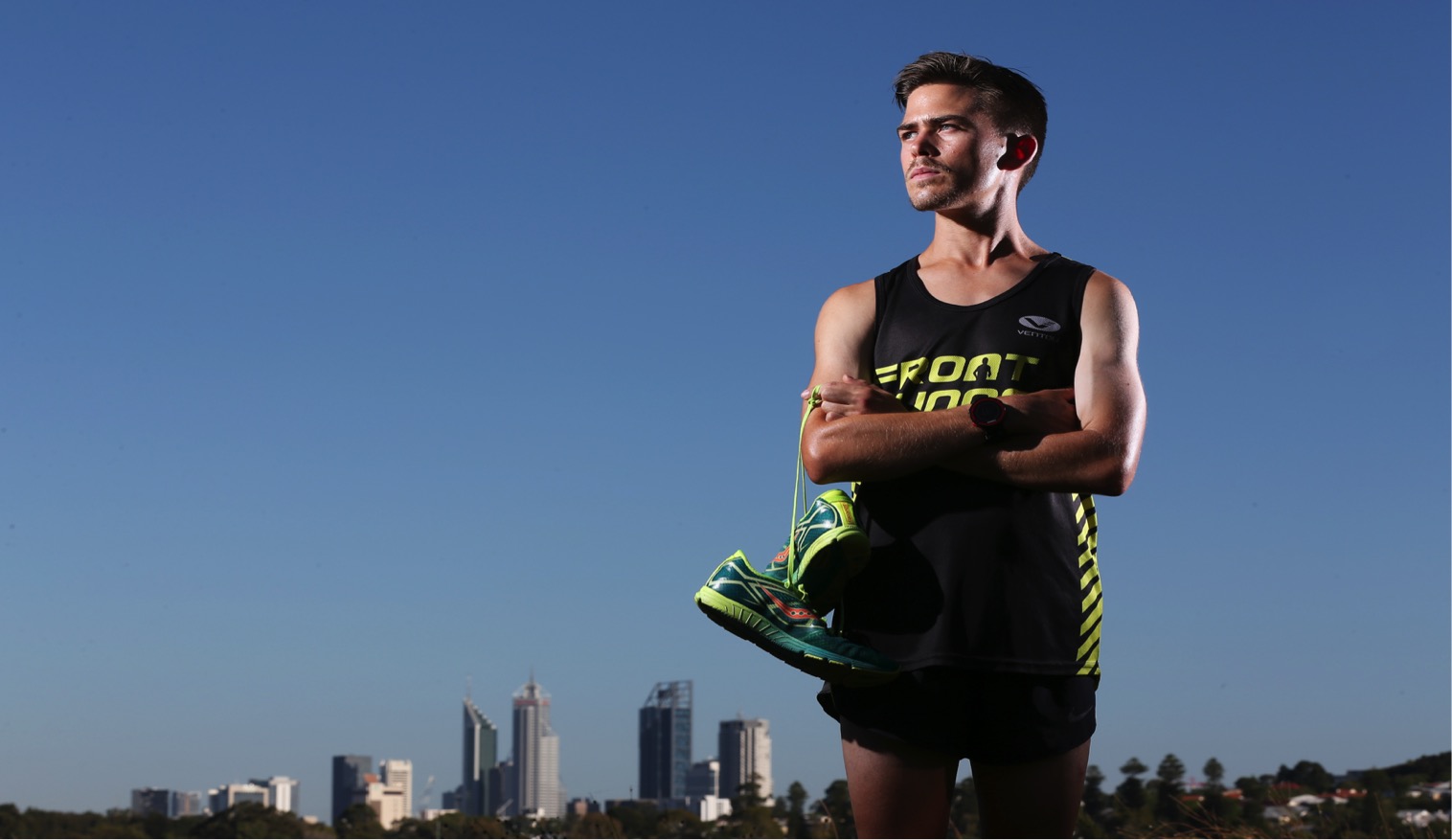 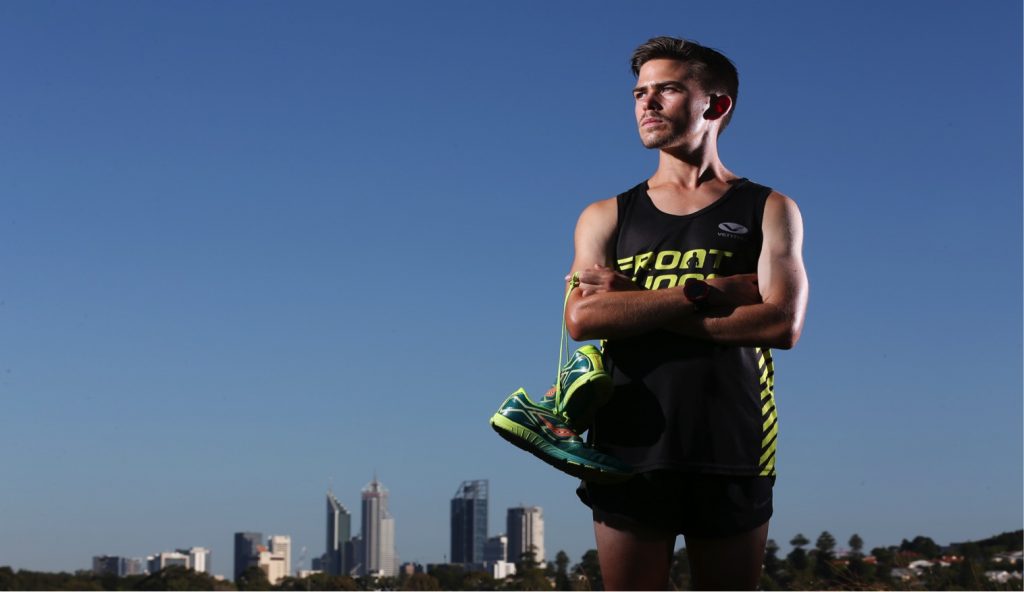 My name is Nic Harman and I am a 22 year old long distance athlete currently training with Front Runner Athletics Club led by Rafael Baugh and Ben Green in Perth, Western Australia. Before writing any further, I would firstly like to express the privilege I have been given to feature in the workout series for Runner’s Tribe who contribute greatly to a worldwide running community.

Funnily enough, what first sparked my passion for long distance running was when I competed in the 2009 Perth City to Surf at the age of 14. I entered the 12km walk and ended up running the whole way. As a result of the experience, I began training twice a week with a local triathlon club that was coached by Matt LaSpina and began infrequently participate in various local fun runs conducted by the West Australian Marathon Club throughout the year.

Compared to most, I only recently began taking an interest in competitive running. At age 17, I joined the University of Western Australia athletics club under the guidance of David Leeder and made my first State Cross Country Team. The following year, I transitioned to Front Runner Athletics Club and to this day I am coached and mentored by Rafael Baugh.

Unforgettable experience taking part in the annual @tasrunningfestival racing the 10km and coming away with a time of 29:46 (25 second PB and placing 6th overall in an incredibly talented field). A sincere thank you to the team at Pont3 in particular Wayne Larden, Meaghan Lonard and Alice Horwood for their assistance in accomodating me during my stay in Launceston and who specialise in providing fantastic running events throughout Australia, with last Sunday being no exception. Lastly, a shout out to @jackrayner7 who broke the course record which stood for more than a decade.

Over the past 5 years at Front Runner AC, I have seen consistent progress through implementation of key training principles and specific training blocks that build towards targeted races. Since 2013, I’ve seen my 5000m and 10,000 m times drop annually down to current PB’s of 14.26 & 29:46 and my Half Marathon time recently lowered to 65.50. Other than simply being motivated just for the love of the sport, an exciting indicator for the years to come is in the gradual progression in training load and volume having a direct correlation with improvement as I transitioned from Junior to Senior level. It is this progression that I am immensely grateful for and in the coming years I aspire to be able to present myself as a candidate to represent my country in the World Half Marathon Championships and ultimately Olympic Games in the Marathon.

The greatest gift an athlete can have, the greatest lesson they can learn, is to understand that to achieve success they must work long and hard without praise or fanfare. Intrinsic satisfaction of achievement gained through persistence, determination and unwavering commitment is irreplaceable and makes an indelible mark on ones character. Work and the growth mindset builds knowledge that higher ideals can be chased and greater achievements realised 📈#teamfrontrunner @nic_harman @hbfrun

Regardless of the distance I am training for, training sessions and mileage remains fairly constant at about 140 – 150km per week. I will always have a track session on Tuesday, Threshold work on Thursday and Saturday will be a Tempo session sometimes over hills or on somewhere flat depending on the time of the year.

Track sessions vary week to week but always involve maximal efforts that encourage leg turnover and assist in building VO2 max which is central to my athletic development at this stage.

Deeks Quarters – a well known track session invented by Rob De Castella and tackled weekly by the greats of distance running. This session is performed by my training squad every month and a great way to benchmark levels of fitness for each individual athlete. This session is normally performed on a 400 meter athletics track where an athlete performs a 400 m effort that is slightly faster than 5, 000 m pace followed by a 200 m float that is at Half Marathon (Tempo) pace. This session is exactly 4, 800m long and can be used as a predictor of 5, 000 m race time when at peak fitness. I find that this session is a great way to build and test fitness, as the 200 m floats don’t allow the athlete a full recovery from the hard 400 m effort, rather than the recovery being static or easy.

Gregson Threshold – made famous by Ryan Gregson, the national indoor and outdoor 1500 m record holder, this 30 minute Threshold session is fantastic in how it simulates the fatigue felt in a race. This session is broken into 3 parts each fatiguing the body in different ways.

Part 1: 10 minutes at Tempo. I quite like how this first effort helps the body ease into the session and feels like a 7/10 effort.

Part 3: 10 minutes at Threshold (8.5/10). This final effort in the session is the component I find the most challenging, but the most beneficial as it forces the body to run at Threshold despite already having 20 minutes worth of fatigue in the legs which simulates the feeling of the back end of a race.

Location: King’s Park for a hilly course or around the river foreshore for a flatter course

Tempo sessions are the sessions that I tend to look forward to despite the early start. I prefer Tempo sessions because they are more aerobic in nature and build fitness for the longer distances that I prefer to compete in. Tempo sessions will always be more than 30 minutes in duration, sometimes continuous and at other times a short 2 minute jog or static recovery. A key session that I perform ahead of a Half Marathon is a flat 15km progressive Tempo. This Tempo session acts as a pace run the begins slower than targeted Half Marathon pace (3:20 – 3:15/km) for the first half and then for the second half is run at desired Half Marathon race pace (3:10 – 3:05/km). This session normally occurs 2 weeks before the event and is excellent for simulating the fatigue felt in the final 5km of a Half Marathon.

Location: From home over rolling hills along the coastline

This run takes place on the Sunday and for me is equally as important as the previous sessions I have described. My long run is always 1 hour and 45 minutes in length but when I am tapering it can be 15 minutes shorter. In terms of the pace I will begin running at over 4 minutes per kilometer and then progress to 3:20 per kilometer in the late stages. This long run can average out under 3:40 per kilometer depending on how my body is feeling from the week of training. I consider the weekly long run as a staple in my training program as it allows me to establish rhythm and feel strong as the run progresses.

I hope that these insights into my weekly training schedule have been of some value to those reading. I would again like to again thank Runner’s Tribe for presenting me with the opportunity to be able to write for their website and to encourage every single runner out there to continue their great work simply for the love of the sport.