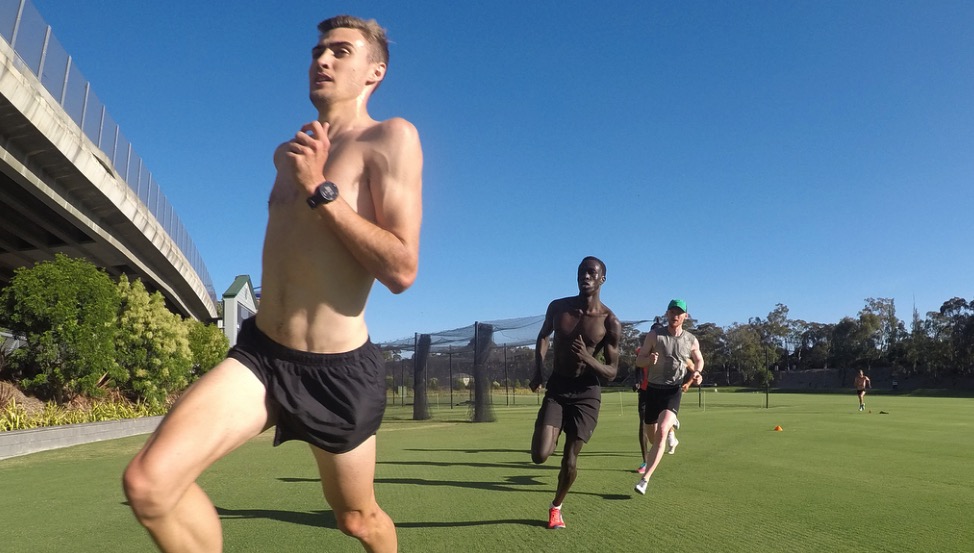 I’d like to first start this post to show my appreciation for having the opportunity to write a feature article with Runner’s Tribe.

My name is Steve Knuckey and I am a middle-distance athlete specialising in the 800m and live in Melbourne. I first started running in the Little Athletics program in a small country town in Queensland called Biloela at the age of 10 and from then onwards, my athletic journey has brought me opportunities that I will forever cherish throughout my athletic career going forward.

As a junior, my family moved from Biloela to England in 2005 where I believe my love of the sport really began to thrive. I trained at the club of Aldershot Farnham and District (AFD) where I was able to achieve accolades such as Under 15 800m, 1500m and cross-country South of England Champion.

Returning to Australia in 2008, I started competing within the APS schooling system at Wesley College in Melbourne. Since my move to Melbourne and throughout my middle/high school years, I experienced many injuries which interrupted many athletic seasons. However, despite that injuries no doubt affects you mentally, I believe they also help build you as an athlete by reminding you of why you love the sport and finally, it teaches you how to manage your body properly during those tough times.

During the 2016/17 Australian athletic season, I was able to achieve a World University Games qualifying time in the 800m and a personal best of 1:47.23. The Games were held in Taipei and it was the first time I had earnt a place on an Australian team. The Games were a personal success as I was able to make it through the heat, semi-final and finished 6th place in the final when I was originally ranked 11th going into the competition. The experience has undoubtedly left me hungry for more opportunities to represent Australia in the future and has given me confidence that I have a lot left to give.

Recently in October I joined the elite 800m squad coached by Justin Rinaldi. JR has coached athletes such as the equal Australian record holder Alex Rowe and is currently coaching 800m athletes; Peter Bol, Joseph Deng and Brad Mathas amongst many others. Since joining the squad I have felt very welcomed and have felt a sense of brotherhood between the group which helps glue us altogether which enables us all to train well. Our community is incredibly welcoming and also on occasions are joined by Archie Wallis who is coached by Sean Whipp who is currently in Europe preparing for World Juniors in Finland and some St. Kevin’s College athletes coached by Steve Fabris, who also has been helping with some of our strength and conditioning programs over the last few months.
Although the recent domestic season for me personally didn’t go quite to plan as what Justin or I would have wanted, we have been able to chat about what it is to work on in order to get the best out of myself and I really feel that the training and work I have put in since Australian Commonwealth Games Trials will prove that in the near future.

The training sessions always change depending on where we are in the year and what season we are in, however, most recently the 4 key sessions are:

Speed – These sessions consist of explosive speed work and reps that we usually use to practice our 800m starts over the varying distances in reps. An example of this type of session would be: 3x30m, 3x40m, 3x50m and will always finish with a fast 200m at the end or even a 400m depending on how Justin feels on the day!

Hills – These sessions generally alternate every week so it’s hard to provide a specific session. However, to put it in perspective, one week will consist of faster hills over distances of 100m up to 200m and another week will be longer hill reps from 300m – 550m. Sometimes the destination of these sessions changes but most are done at Fitzroy Gardens in the City.

Track – These track sessions always differ depending on what the goal is to get out of the session itself. Although I feel that this type of session is important to always give your body the stimulus of what it feels to run on a track so it doesn’t get the shock when it first hits athletics season. Most recently we did a session that consisted of 4 sets of 4x200m in 29 seconds off 30 seconds recovery in between reps and 90 seconds between sets. To finish off we did 3x300m in spikes in 39 seconds with a 100m slow walk recovery.

Mile Reps – This type of session has been one that I have definitely grown to enjoy as I feel I get a lot of benefit out of it that helps build my aerobic base in between my long runs throughout the week. Usually done at Princes Park, the squad does 4x1mile in 3:08/km pace and gradually gets down to 3min or sub 3min/km pace towards the last 2 reps with a recovery of 2mins.

I hope this article has been an enjoyable read and appreciate the opportunity once again to be able to provide some insight into what some of our training looks like.

Sending wishes that everyone is running well and are healthy!