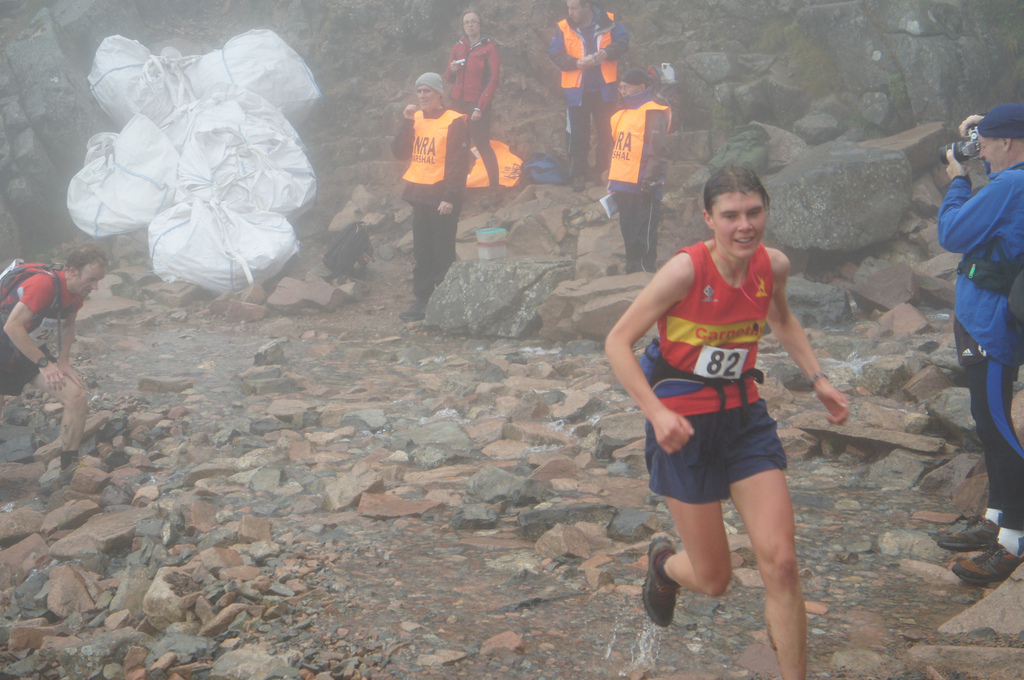 Way back in 1992 – which is now over a generation ago for contemporary athletes – a detailed analysis was carried out into the performances of men and women competing in both short distance and endurance running events. It made a startling discovery, and then made a very bold prediction. The study, which was completed by UCLA an is still available online for anybody who wishes to see it, but we’ll summarize for you. In a nutshell, the study said that women were improving their average times at a faster rate than men were; or to put it another way, female athletes would eventually catch up with their male peers. The study jumped the gun a little; it estimated that the first case of a woman outperforming a man at the same long-distance running event would occur in 1998, but it wasn’t incorrect. It just took a little longer.

Last month, British runner Jasmin Paris broke every established record when she won the 268 mile Montane Speed Race. The monstrous race is one of the most grueling feats of endurance in recognized athletics, taking most athletes in the region of five to six days to complete. Paris won it in a little over 83 hours. She not only beat the existing best performance by a woman by more than an entire 24 hours, but she also beat the overall record, held by a man, by more than twelve hours. Shockingly, she could have gone even faster; Paris has recently given birth, and had to stop at checkpoints to express milk regularly.

They say the exception proves the rule, so if we’re to suggest that the gender performance gap over long distances, we need another example. Fortunately, we have one, and it’s over a shorter distance. American runner Camille Herron broke many records while winning a 24-hour endurance race in Arizona last December. During the allotted 24 hours that the race continues for, Herron ran 162.9 miles. Her closest male challenger finished a full five miles short of her performance.

Perhaps even two outstanding performances by women, who have chosen fields of running that exist beyond the parameters of what the rest of us would even consider attempting, shouldn’t be taken as the start of a new pattern. Critics and cynics will point to the times achieved by top athletes at the Olympic Games and similar competitions, where significant gaps still exist between the best times of winning male and female athletes. To look at those statistics, though, is to miss the point. The debate isn’t whether the very fastest men are still quicker than the very fastest women – of course they are. The debate is whether the average woman is now catching up to the performance levels of the average man. There’s plenty of incidental data which suggests that they are.

Between the years of 1972 and 2017, a highly-regarded Swiss researcher named Beat Knechtle studied, measured and analyzed the times of runners taking part in the Boston Marathon in the USA. His findings, which have now been published in the Journal of Strength and Conditioning Research, make for interesting reading. In the 1970s, the average winning time for a man was around two hours and fifteen minutes. That time has remained almost completely static for more than forty years. The implication of that is that no amount of physical training or preparation can now improve that time; it is where it is, and represents the fastest time we should expect the human body to complete a race of that distance in. If modern technology and modern nutritional approaches can’t make improvements on the performance of much better-prepared athletes from such a long time ago, then it’s likely nothing will.

By contrast, the average time for female winners is coming down gradually. When Knechtle started gathering statistics, the average winning time for a woman was around the two-hour, forty-eight-minute mark. By 2017, it had come down to around two hours and twenty-five minutes. Elite women have shaved over twenty minutes off their running time, and men have stayed where they are. It seems reasonable to believe that in this individual event, they’ll at least be on parity with men within the next five to ten years.

The questions posed by the study are both physical and psychological. Why are women now closing the gap on men? Have they always been capable of these times, or has there been a material shift in the capability of the average female body over the years? Are women more serious now about running than they used to be, or are coaches more willing to accept them as serious athletes and therefore push them harder?

That debate probably belongs to a broader conversation about the role of women in society alone. We may be yet to see a female US President, but women currently lead both the United Kingdom and Germany. Women are now considered to be the peers of their male contemporaries in boxing and wrestling. Women’s soccer is bigger than men’s soccer in some countries. Even gambling, that once-stereotypically male pursuit, has expanded its horizons. Last year, a website called Rose Slots opened for the first time. It’s specifically aimed at women who enjoy playing online slots, and offers many of the same slot games as sites targeted at men do, but in a format that’s designed to appeal to the female eye; i.e., the games which treat women as eye candy are gone. It seems women enjoy slot games as much as men do; it’s just that nobody bothered to ask them before. Similarly, it might be that women can run as fast as men can; it’s just that nobody bothered to push them to do it before.

While performance equality is now undeniably on the horizon for long distance events, we may be waiting a while longer to see the same happening over short distances. A separate piece of research carried out by The New Scientist suggests that women will eventually catch men over short distances too, but that we shouldn’t expect to see it happen until 2156. There’s something for athletes running on futuristic tracks to worry about in six generations’ time.