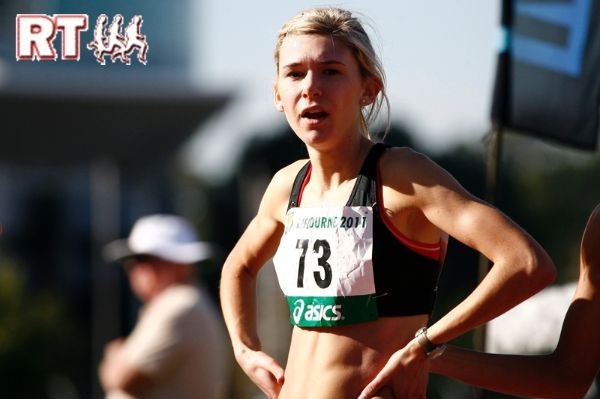 Greetings readers. I can’t really recall the last time I blogged, but my best guess would be that it was from when I was living in Oregon, competing for the Ducks. It’s hard to believe that it’s only been 2 years since then, as the transition to my current life has felt rapid (and fortunately smooth). As you can imagine, a lot has changed since finishing uni, moving back to my homeland and becoming a full-time athlete.

Before I bring you to where I am now, I’ll let you zoom out for a bigger perspective of the journey thus far. After bowing out for the Ducks with a 3rd-place finish in the NCAA mile in 2011, I decided to set my sights on Melbourne International Track Club. I graduated in June, and met my current coach, Nic Bideau, and his squad over in London. That was quite a move, 4 years worth of stuff down to 1 suitcase! In a way, I felt that it was a move to England, rather than back home. The first eye-opener came when I arrived at Heathrow, half-hoping that there would be somewhere there, and instead had to map-quest my way to Teddington. Ok, there was a slight hitch in the communication. Nonetheless, post-collegiate life had begun…

I started to learn the ropes of the European circuit, running a few personal bests and gaining momentum. There wasn’t a lot of change in my training, just a bit more intensity in track sessions. I got race-fit. I think what also helped me was the energy of the group in Teddington, and having people around who believed in me. When Nic said, “you can qualify for the Olympics” earlier on in 2011, I thought he was crazy. Pretty soon the steps unfolded for this to become a more feasible reality to me. I came to London with a 4:09 PB from that June, and then ran a 4:08 in the Birmingham Diamond League. In July, there was one week when I really came into my own. I ran an 800m in Finland, then a 1500m, recording a personal best and win in 4:06. That same week, I travelled onto Hungary to give the World Champs A-standard one more crack before the qualifying period closed. Unfortunately, the conditions there were inclement, and I ran a 4:07.

Missing out on World Champs selection was a bit of a trying experience, but with some guidance, I was able to put my best interests ahead. I pulled out of the World University Games, and trained on in Europe in order to secure that A-standard. This was made easier by a week-long stay in Dublin, where I trained with a friend of MTC, Feidhlim Kelly. I also kept the legs fresh with some superb treatment from a physio there, David Campbell. As a side note, he got me to the start line of the Olympic trial, when a niggle came up that week!

I will fast-forward you now to the next phase. Qualifying time achieved in September (Rieti), I moved home to start my new life in Melbourne. It really was like starting from scratch again, as my friends and family were all in the Canberra/Sydney region. Fortunately, many people from the running community helped me get on my feet. I decided to focus full-time on my Olympic preparation, and was introduced to the new training regime. My volume stayed the same, around 80-90k/ week, but the intensity increased. I recall one of the earliest track sessions in Melbourne, being the toughest I had ever done. There were also more hills. To be completely honest, I was surprised by some of these ideas. For example, doing my tempo runs on a racecourse. That long grass! Nothing like Pre’s trail. And hilly long runs? Over time, I’ve come to appreciate these sessions more. The Olympics helped to shift my perspective…

After a training block in Melbourne, I headed overseas in May. My preparation wasn’t ideal- I found it hard to get some fast times on the board. However, every now and then you get a race where things go perfectly. A big highlight of my career is breaking the 1K record in Oslo (2:37). Unfortunately, other races didn’t go as smoothly, and I began to doubt myself. I knew I was fit, but needed some tactical experience. One race which I learnt from was the Crystal Palace Diamond League, where I got spat out the back, after wasting too much energy in the middle. Nonetheless, no’one remembers those results once you reach the start line at the Olympics!

I won’t go into detail about the Olympics, as anyone who is interested probably saw it on TV. But I’ll be honest, and tell you that I wasn’t dancing after my 10th-place semi-final finish, in a personal best (4:05). I wanted more, and I’m sure that every athlete outside of the medals walked away feeling that way. That is the level you’re at. I know that the girls who ran away from me in the last lap were just stronger, and it will take me time to get there. In the lead-up I thought that I was training hard (note, the hilly long runs) but now I’ve realized the potential for more. I have more purpose in my stride.

That brings me to where I am now. Having got through the Olympics with my nerves intact, I’m a bit more relaxed. I’m enjoying it more. But a major bonus in my training regime has been the addition of a training partner. Susan Kuijken, 2009 World Champs representative, has been training with me since September. She is fantastic company. As a freshman I watched her from the sidelines at NCAAs, taking out titles! Isn’t it funny where life can lead you….