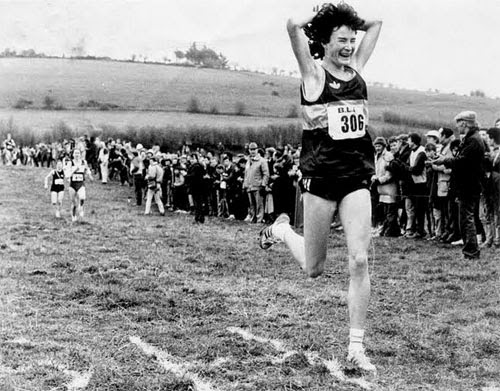 On a clear , crisp, sunny, spring morning the Australian team made there presence felt in the leafy quite suburban Bushy park. Located on the outskirts of London close to Hampton Court Palace, former residence of King Henry VIII . It was the perfect setting as the athletes completed there final session before heading off to Poland for the World Cross Country Championships which take place this Sunday March 28th in the city of Bydgoszcz.
There was a spattering of Australian tracksuits and bright green tights as we approached the playground to start the session. This was obviously a serious team about to run fast amongst the local joggers and dog walkers. There was certainly plenty heads turning as the session got under way.

The girls (Benita, Eloise, Lara, Tamara, Grace & Demi) started off first on a short threshold run, around the gravel path, the boys followed close behind . Just as we approached Teddington gate Collis was approaching quietly from behind I had to swiftly move myself on my bike out of his way. Collis is obviously in top form as he was gliding over the ground.

Next up a couple of 1Km reps to get the legs moving fast again, after the long trip from Australia and the slow recovery runs the past few days.

Grace Thek started out with the senior womens team and set herself up nicely for a good pace in her Km repetitions.

It was a perfect day for training as long as you kept moving to avoid getting cold from the crisp cool air. Earlier in the morning I went for a jog around Bushy park myself and the air was so cold, when Eloise opened the door to let me in she was laughing at the steam rising from me as my warmed up body temperature collided with the freezing cold air temperature. It was a lot more pleasant when the sun was out at 930 for the main session.
At the end of the session we gathered around for a few quick pictures and I really felt that the team was exuding with positive energy. This is fantastic as everyone is so relaxed and encouraging towards each other. I feel that we are ready for some really top performances at the World Cross country this weekend.