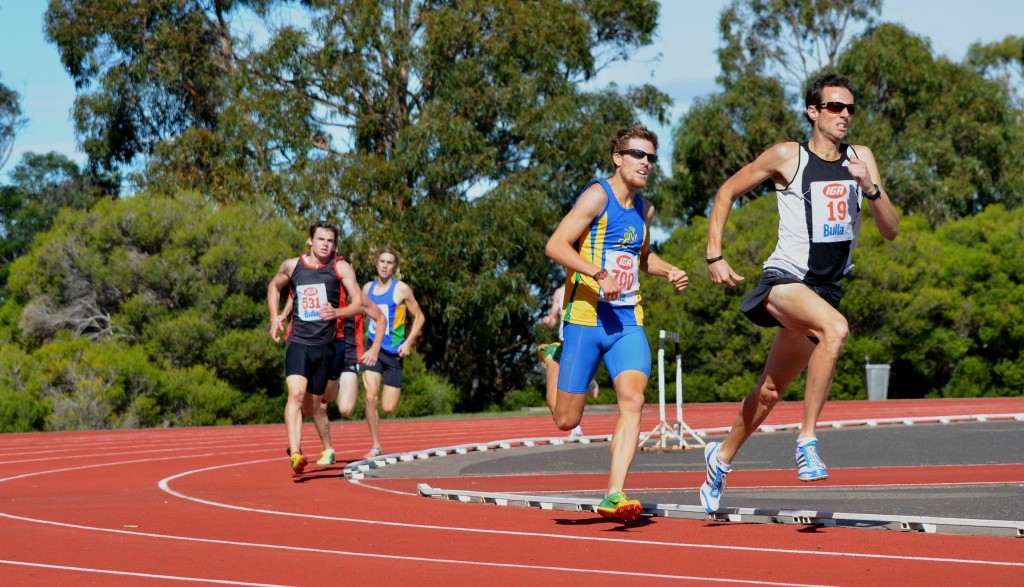 Firstly, I would like to thank SiS and Runner’s Tribe for your support and for this fantastic opportunity.

I am an 800m runner living in Hobart; Tasmania can be cold, wet and windy but it is an incredible place to be a runner (as long as you have a large stock of warm, dry clothing).

I started running cross country and distance (3000m and 2000m Steeple Chase) in high school under the guidance of Albert Johnson; an incredible man who taught you as much about yourself and life as he did about running. Thanks to Albert’s coaching and mentoring skills I grew to love the challenge distance running provides.

Due to health issues Albert retired from coaching and I soon found my way to a small squad headed by Brendan Hanigan. Brendan boasts an 800m PB of 1.45.03 ranking him 4th fastest Australian of all time 800m (recently dropping a place to Jeff Riseley). The squad quickly grew with some young (and not so young) talent forming the ‘Hanigan’s Heroes’.

With this change in coach and squad also came a change in my event focus. I found myself getting faster and stronger with Brendan so I started competing in more 1500s and eventually made the change to 800m.

Racing 800m took my body a couple of seasons to get use to and I soon regained my childhood nickname of Spew Boy (given to me by my sisters as a result of my weak stomach as a kid). When I got some 800m specific training and racing under my belt I dropped 6 seconds from my personal best and found myself finishing 2nd at the Tasmanian track and field titles in 2008 and 2009 and 1st in 2010.

In late 2009 after some injury issues I finally ran another PB at a local interclub, the time I ran got me selected to run at the Zatopek Classic in 800m. This was my first ‘big’ 800m race and it showed as soon as the gun went. I positioned myself poorly and felt like a dear in headlights. Everything I had learned I forgot and I ended up blowing up and finishing 7th. I returned to the Zatopek stage in 2010 determined to run better than the year before but again found myself spat out the back finishing second last.

After Zatopek 2010 I travelled to Falls Creek for a couple of weeks with a group of Tasmanians. I was full of motivation and ready to train the house down until half way through the first session I popped my ankle on a stray rock. I decided I didn’t want to let this get in my way so I kept training (not a good idea). Two days latter I popped the same ankle again on a recovery run but again I didn’t listen to my body and trained out the week doing the biggest week of my life with 97km.

I went straight to the physio when I got home and the news wasn’t good, I again found myself on the sideline for a couple of months. I didn’t let this stop me, I got on the bike and kept the work going, eventually I was allowed to run in straight lines and a few weeks later I was back on track.

After a couple of weeks solid training Brendan and I decided it was time for a good race so I went to Melbourne to race at Box Hill in my first Vic Milers Meet. My training squad let me know it was a good event and it didn’t disappoint. The first lap I was tired and went straight to the back, down the home straight in the first lap I was really annoyed that I had put myself in this position again so I made a big move at the bell and just kept kicking, I have never felt so fast. I ended up negative splitting a PB 1.50.2. I was finally in good shape and full of confidence for the upcoming 800m at Tasmanian State Championships.

I drew the fast heat and qualified second fastest feeling fresh. The final went exactly to plan, I sat 3 back until 500m to go where Grant Page made a big move for the front I was straight onto his shoulder and stayed until 100m to go where I managed to kick away and win. An hour and a half later I anchored the OVA ‘Southern Saints’ 4x400m relay team to victory for the 7th year in a row.

State Champs didn’t mark the end of my season as it normally does. I decided after running a PB at Vic Milers I was going to have a crack at Nationals. My preparation was a little interrupted with horrid weather and my training partner Nathan Morey tearing his Planter during a particularly tough Saturday session but none the less I went to nationals full of confidence and ready to break 1.50 for the first time.

I was mentally ready this time and positioned myself well in the middle of the field and was sitting pretty with 150m to go but I just couldn’t find that extra gear when the front guys started kicking. I finished 5th in 1.51. Not the result I was after but I was finally happy with the way I ran the race.

I knew after the race I was never going to match it with those guys until I got some base fitness and put in some hard work. With this revelation came the decision to drop my other sporting love hockey to focus on building a solid winter base.

I am now halfway through my first full winter and the body is holding up well. I am feeling stronger each week. Two weeks ago I ran a PB in my squad 3000m Time Trial so everything is on track.

Until next time, a helpful quote to get you through the grind that is winter training “The mind is the athlete; the body is simply the means it uses to run faster”.