Home Features Steven Solomon Blog Part 2: ‘The first year All Schools to All... 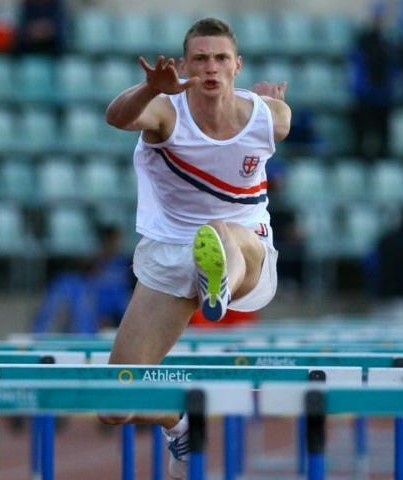 Returning from Canada, I arrived straight into the heart of the school athletic season. Fira decided that although ideally she’d prefer for me to have one or two weeks off, we would use the school season to build speed. Hence I never participated in a 400m until CAS.
CAS night was only one night away, but I had one more race before. The Athletic All Stars Meet. The meet was absolutely wonderful. The vibrant energy in which all the athletes and supporters shared raised the ante to a new level. The presence of the fastest person that ever lived Usain Bolt inspired myself to run harder and faster then I had in the past. In the end, I ran a 47.11 my second best time ever.

CAS was a big night. Competing in eight events after a 400m run the night before was straining on the body. At CAS, having done seven events before the 400m, I was not surprised when I lined up on the blocks and was not quite sure what I was doing. Luckily, the line was only 49.2 seconds away.

Next competition… NSW All Schools. Training had been going well. I started to hurdle again as my endeavour to Canada deprived me of time to hurdle. Everything was going well until one sudden hurdle, which aggravated my left hamstring (lead leg). At first, it merely occurred to me that I had done any damage and that the pain was just from starting to go through the motions again. An MRI two weeks later revealed the worst, showing a seven-centimetre tear down my left hamstring. I was lucky in the way that the tear was not near a tendon, but never alas I could not ignore it, despite not feeling to much pain when running.

Due to this, I was hesitant to run at all schools. In the end, after consulting with many important people including specialists such as my father Dr. Michael Solomon as well as my coach, I decided to run the 400m. Not wanting to ‘over stride’ and place any extra pressure on the hamstring, I ran with caution, going through 200m in 24.0. Feeling pain free, I turned up the engine and came home in around 23.6 to finish in a time of 47.68.

Upon seeing specialists, I was instructed not more hurdling for the time being nor intense exercise. I began and eight-week program back to full strength, which included much strengthening work of the hammy’s and gluts. Training was still very productive and I found myself building a stronger base, which was drawing weak. My endurance was improving, as was my strength.

It was finally time to test my hamstring at full speed. One week before Australian All Schools, I ran a time trial in training. During the race, I felt stronger then ever and as important to this, I was pain free. The next day a second MRI revealed the tear had almost completely healed. Knowing this, I was excited and knew that I was in great shape to run fast in Melbourne.

Warming up for the heats felt great. My body felt strong and I felt fast. Not wanting to burn to more excess energy, I ran the heats fairly conservatively crossing the line in 49.5. After a long warm down and a great stretch, I sourced some lunch with my family and fellow training partner and coach for the weekend James Roff.

Warming up for the final, I knew that I was in a great position to run a PB. The track was hot, I felt great and knew it was to be a fast race. My legs were a little heavier then they were in the morning but that was to be expected. As the race started I felt brilliant. My race plan went perfectly and my transitions were the most effective they had ever been. I felt so much stronger then I ever had before in my contact with the track. Coming down the last hundred, I knew I was in good shape and grit my teeth as I headed for the finish line.
Crossing the line, I knew I’d see a good time on the board, but to see 46.47… I was overwhelmed. Then to hear the official time of 46.44…wow. I cant describe the feeling. Although I think the best way to describe it to those who know the pain of lactic acid…that my pain was drowned in happiness.

I hope you enjoyed my first blogs and hope you continue to follow my progress.