Home Features Steve Solomon Blog: The Power of Self Belief 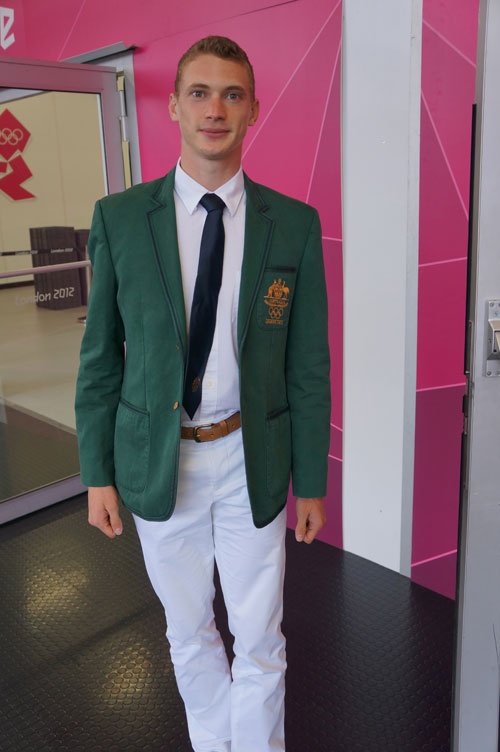 RT note to readers: The bellow article by Steve had over 20,000 unique views within a month of posting. This is such a great way to promote our sport, by sharing the running journey. Steve you’re a legend.

Every individual aiming to achieve great feats is aware of this. Because every individual aiming to succeed knows the mental strength and courage needed to succeed. And at the pinnacle of success lies confidence. And to every success was an element of self-doubt, naivety derived from a lack of experience. When one can use their lack of better judgement/ naivety to enhance their self confidence- they can succeed.

To illustrate my theory, I will tie comparisons between two events- 2011 Melbourne Track Classic and the London Olympic games.

The Melbourne Track Classic in 2011 was my first major race on the senior circuit. I was only seventeen at the time, and carried a personal best of 46.44-, which lay well outside the personal bests of my competitors- who reined accolades of Olympic medals, Commonwealth Games medals, World Championship medals and National champions.

I never believed that I could achieve a result better then fifth. Althoug to my school mates it was inconceivable that I would achieve anything other then first.

All I could do was laugh when they voiced such remarks such as “You’ll smash it mate- you’ll win for sure”. I could not believe how deluded my mates were when it came to racing the ‘big boys’. This was no school race.

But it was their reaction that sparked a change of my thinking. In reply to my hysterics… they would ask “Why can’t you win ?”

Why can’t I win… I had no response. To every weak excuse that I mustered, they just repeated the same question. “why can’t you win ?”

In truth… there was no reason why I could not win the race. And the more I thought about it, the more I began to believe it.

I lined up on the start line full of confidence and excitement. I wanted to win, and I believed I could. http://www.youtube.com/watch?v=2gXmGjnMHtM

A similar scenario beckoned a few weeks later. The Australian National Championships. My confidence was high. I had beaten my opposition before… But still, a realist would argue that my lack of experience would inhibit my performance. They would say that at seventeen, I had no right to go into the race expecting to win… But, this is where that teenage naivety pays dividends. I treated the race like any other. To me, the individual who does not get carried away and sticks to THEIR race plan- having full confidence in it, wins a race. I was able to do this and come away with the win in another new personal best time of 45.58. (http://www.youtube.com/watch?v=-rD5UAYqrSw)

It only took a little over sixteen months until I found myself in a similar position, except this time… it was on the biggest stage of world sport. The Olympic Games. I was given the opportunity to run the individual four hundred meter race on the prospect that I would hopefully gain experience for future Olympics.

From the moment I got the call up, I was adamant on making the final. Where was the rational for this goal? On paper, I was ranked twenty-ninth on season’s best and even higher on personal bests… on paper; I should never have made the semi-final, yet I was aiming for the final. Very few actually believed what I believed. Even fewer would have realistically put money on me to make the final. Whenever knowledgeable track and field personnel asked me how I wanted to go in London, the blank look given back to me was indicative that I really was alone in my goal, which is perfectly fair. As I said, my ranking did not point to anything that would suggest otherwise. Again, my teenage naivety told me that I could. This was my goal. This is what I want and believe I can achieve. Accompanying this belief was my confidence to do so.

Athletes always need to run their own race. The moment I get drawn into another runners race… I set myself up for failure. Having composure at any level of competition is tough… adding eighty thousand screaming fans, millions of television viewers and the fastest men in the world… the task becomes significantly more difficult.

One of my proudest feats in London was my ability to control these emotions and remove myself into my own world… my ‘zone’. And my ability to do so certainly contributed to my success. My three fastest times ever… in three consecutive days…at the Olympic Games.

So to conclude. Self-belief and confidence mixed with a hint of naivety can produce special results.