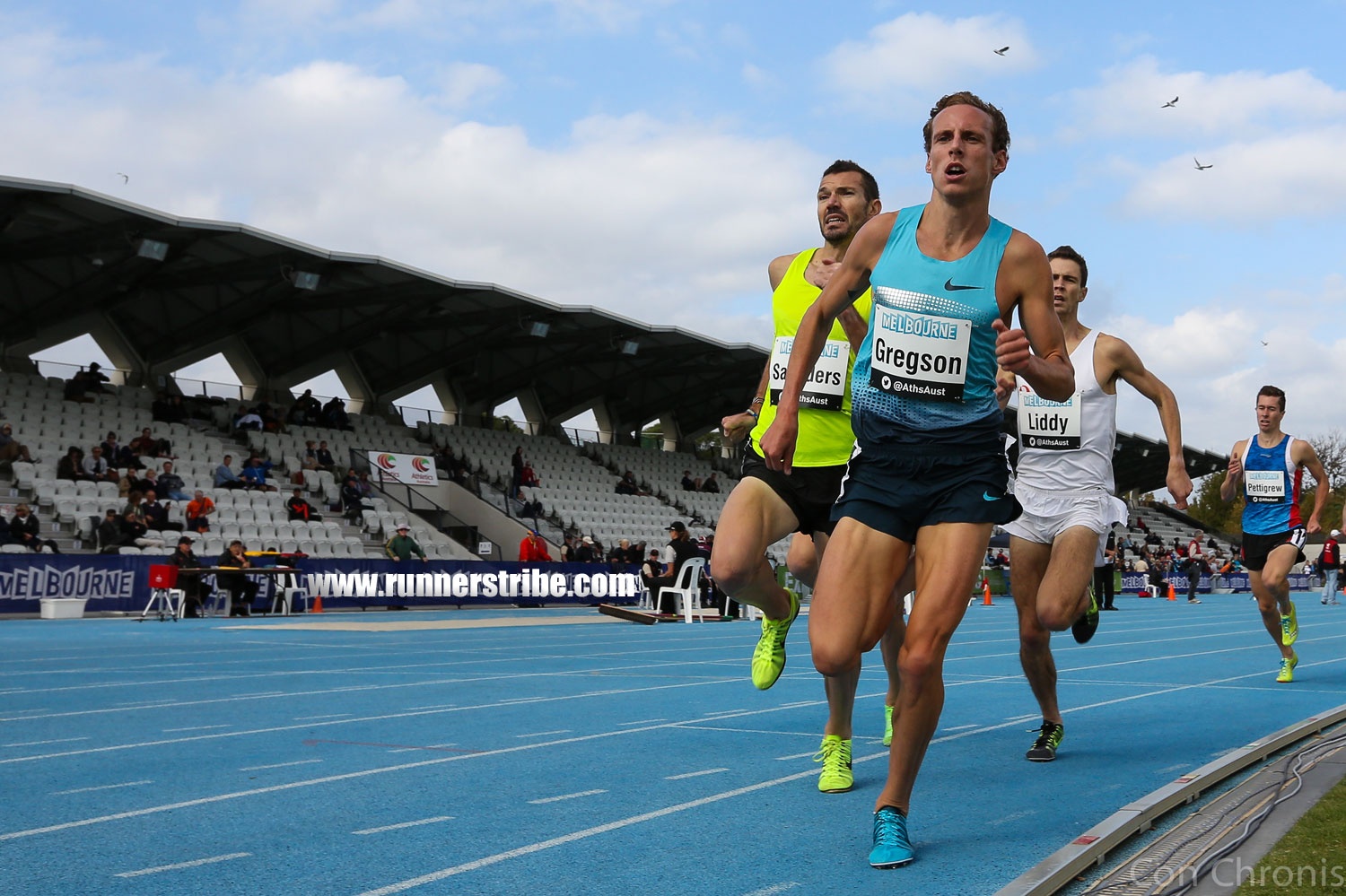 It’s been a better period in my running than when I last wrote. Last time I was at the end of an 18 month period of lower leg issues. Now I’m healthy and am running well.

I was able to start running in mid November last year and I had a gradual build up until I went to Falls Creek for a training camp at the end of December. I stayed at Falls Creek for a full month and was in good shape by the end of it. At the start I was getting beaten by the young kids, but by mid January I was showing glimpses of my ability. I was back home in Wollongong in late January and went straight to Adelaide for a 1500m race. It was windy and had no pacemakers so nobody went for it. I ended up winning in 3:47 in a good kick down with Jeff Riseley over the last 200m.

The next week I headed down to Hobart for an 800m and to pace 3000m of the 5000m race. I was in a good spot in the 800m with 350m to go but was clipped from behind and had a big stumble. I did well to not go down, but I lost 15 metres and then made it all up by the top of the straight. I then faded in the finish because I’d spent my pennies but it was a good sign that I was still able to run 1:49. I then jogged around and kept warm and an hour later I went to 3000m in 8 minutes. Collis Birmingham was really strong after I dropped out, winning in 13:15. I was really happy with the double. To run 8 minutes for 3000m after an 800m was something that I didn’t think I’d be capable of at that time with limited training. It’s certainly no Mo Farah 1500m/5000m daily double of 3:34 and 13:12, but it meant I was getting strong.

Over the next few days my calf was really tight and on an easy jog one night, I went up a slight rise and tore my calf. It turned out that during the stumble I strained my calf and the running over the next few days turned it into a tear. I called up my coach Nic Bideau and told him the news. 15 minutes later I was sent an itinerary for a flight leaving at 6am the next morning to go down to Ballarat and be treated by David Campbell. Nic doesn’t muck around.

David is still studying to be a physiotherapist but he knows more than any of the other physio’s I’ve come across in Australia. He just gets it. He worked hard on me for the next week and turned a 4-6 week injury into only having 8 days off. He is a genius. David has a unique technique that only a few physio’s in the World employ, but it’s imperative to getting back as fast as possible.

I made it back for the Australian Olympic Trials in Melbourne but I wasn’t sure how I’d go. The field was strong with the Olympic and World Champion Asbel Kiprop of Kenya, the Olympic silver medallist Nick Willis, American Dave Torrence who won the Sydney meet in 3:35, and the Aussie thoroughbred Jeff Riseley. Kiprop was talking up plans of running 3:32. I didn’t think I’d be able to keep up if it was that fast, but when I woke up on race day and it was blowing a gale, I got excited and thought the race would be brought back to my level. My plan was to hold on for the first 400m, then 800m, then 1200m, and then if I was still there I knew I’d be hard to beat. I ended up running well down the home straight to get a good win in 3:38. It was the biggest win of my short career and was a lot of fun. My Dad and best mate Matt Fox were down there at the finish line and it was good fun in drug testing post race as we were all pretty excited that I pulled off an upset.

I then headed to Mt. Laguna with Brett Robinson and the Melbourne Track Club crew. Mt. Laguna is the best place in the World to train if you want to get fit fast. We train at 1800m which is optimum height and all the running is hilly which gets you strong. I put a solid month of training in my legs without any stand out sessions. I prefer to tick the training off consistently rather than training like a rock star one day and then being tired the next. Consistency is what I’ve lacked in my career so far and is what I’m working hard on.

I went to the Penn Relays and after a strong first leg from Jordy Williamsz we struggled to keep up in the DMR. By the time I got the baton we were out of it. I ran decent over the 1600m, clocking 3.55 which is good for me because I’m usually rubbish when I’m on my own.

At this stage I was really excited to get to London. I love London and it feels like home. I’ve started to develop a good group of friends in the area and we have a lot of fun.

I had a week of training and then headed to Doha for the Diamond League 1500m. This was going to be my best opportunity to get an Olympic ‘A’ standard. Everything went to plan and I ran 3:33 and booked my ticket to the Olympics. I was well back in the field but hopefully as I get sharper in June and July I can be closer to the front.

This was a pretty general wrap up of where I’ve been over the past 6 months. Running is starting to become fun again and hopefully I can stay in one piece.