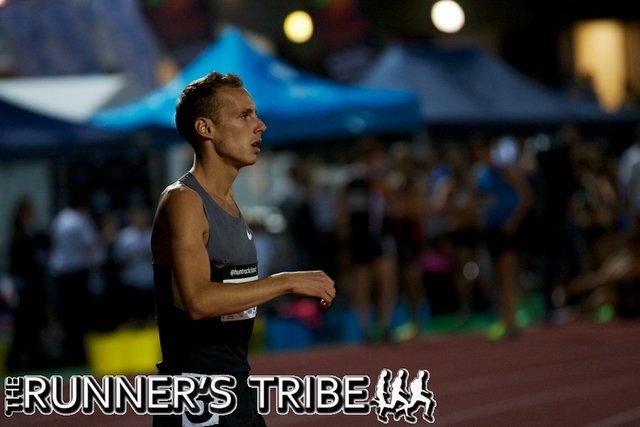 I arrived at Nice airport and thought that the place looked pretty good. At the time I didn’t know how Monaco would top it. My French is getting there but I don’t think I spoke once the whole car ride into Monaco, I was just looking out the window the whole time. I think the hotel we stayed at was one of the best in Monte Carlo. It was literally bang on the water and had a swimming pool on the roof. I rocked up late so was just thrown into a room and was put in with the current 800m world champion, Mbulaeni Mulaudzi. The poor guy should have been rooming on his own. World champion and you’re still sharing! I unpacked, grabbed some food then went to bed as it was pretty late already. The morning of the race I went down to breakfast and ate with Steve Hooker and Maurie Plant. Maurie straight away made a joke about my hairline, saying that it’s creeping further back every time he sees me or something like that. Nick Bromley, my housemate in London said he gets the same abuse from Maurie, so at least I’m not the only sufferer. I had the usual race day, laying down and just conserving energy. The Tour de France was on and they were on the last mountain stage so Schleck was trying to break Contador all day. Good viewing, but it was funny explaining to Mulaudzi what was going on. He found it hard to take it serious when there were spectators running around in Borat mankini’s on the road next to the riders.

The race went down as good as I could have hoped. I got out well and hopped on the rail and just stayed there. I couldn’t believe how fast I was moving. With 150m to go I actually got boxed in and had to kind of stop then go back around the outside to keep moving! It was just a day when everything felt good. I didn’t have time to think, nor did I want to. If I did I probably would have realized I shouldn’t be going that fast! I crossed the line 5th in 3:31.06. A new Australian record by nearly a full second. Maurie came down at the finish line and was in shock. He has seen a lot of athletics over the years but I don’t think he really had expected what happened.

The next few hours were a blur. We went back to the hotel, dressed up and headed down to the banquet where I met up with Fabrice Lapierre, the Aussie long jumper who finished 2nd in Monaco, and had a good time with a few of the athletes. We all left the hotel and had a look at what Monte Carlo had to offer and it was pretty unreal. To be honest the whole time I just wanted to speak to my Mum and Dad! They are pretty involved with my athletics and I’ve been doing it since I was 4 years old so they were buzzing as much as I was. I didn’t sleep much that night but when I did get out of bed I headed out for a run and finished up at the beach. As I’m going into the water I see Marat Safin hopping out, that doesn’t happen at most beaches. I guess he hangs out there to dodge paying lots of tax, and the weather is probably a bit nicer than Russia.

So I got back to London and now I’m back into it, training hard. I’m looking forward to the next couple of months. My Mum gives me $2 for every PB that I do (it was a lot in Little A’s days), but after running a time like that I don’t think I will be picking up $2 any time soon! I will need ideal conditions again and for everything to go right to run faster than that, so now the focus is about racing, not fast times. I just want to be competitive and see if I can win a few races. Hopefully some big ones.