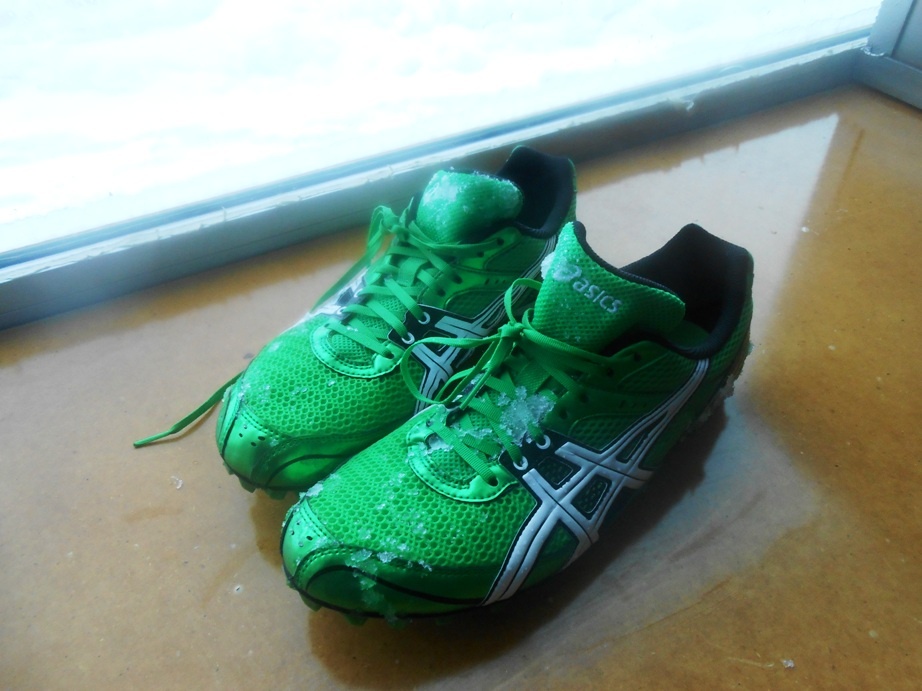 Day 16: I have been watching that damn satellite dish like a hawk all afternoon and I still have not seen it move yet. I may have to move further up the mountain so I can maintain a 24hr vigil.

Welcome to the world of cabin fever. Those of you who have spent more than a week up at Falls Creek for the distance training camp will know exactly what I speak of. The smallest, most insignificant things become an obsession, like the operation of a coffee machine, or how many kicks of the soccer ball you can accumulate before it hits the ground.

And where might I be? You might just ask that after my intriguing introduction. Or you might not. Depends on how much more you have read. If you’re still with me, intrepid readers, read, er, on!

I’m currently holed up at a snow-bound training facility in the Sierra Nevada, a mountain range in the south of Spain. At 2320m up, I am living almost exactly 100m above our own fine land’s highest point. And yet here, the facility is only 2/3 up the mountain, with the highest peak being 3,481m above sea level. I’m not knocking our fine land’s lack of altitude – oh wait a sec, I am.

Anyway this facility is marvellous. The rooms are comfortable and the television has 2 channels devoted to sport. The food is rich and plentiful and the staff friendly and accommodating. They are very patient with me and my terrible attempts at speaking the language (I think I actually offended one of the chefs the other night when I was actually trying to tell her the meal was perfect). There is a 50m pool. “But we’re not swimmers!” you cry, “We don’t care about aquatic activities! Tell us about the athletics facilities!” OK, OK…well, downstairs there’s this vast room with 110m worth of indoor track (6 lanes) on one side, and pole vault and long jump pit on the other. It was a veritable blizzard one afternoon the week that I arrived, so I ran laps of that room, squeezing in about 300m per lap. Sweet!

As for the outside facility there is a sweet 400m Mondo track somewhere under the 2m of snow. Actually, the very responsive maintenance crew have cut me a swathe (or is it swathed me a cut?)…Ah, anyway, there is a path through the snow that I have used twice already this week for sessions. Unfortunately it doesn’t entirely follow a lane and as a consequence it is approximately 430m around. You’d think they could have cut it 30m short so I could run some PBs up here wouldn’t you! Rude. But seriously they are looking after me really well up here. Every time it snows and covers up the path, they’re out there the next day clearing it off. Just for me! Little ol’ me!

How is the altitude treating me? Well, I have never trained at such an height before, and I was apprehensive about the initial affects of it, but within a couple of days I wasn’t huffing and puffing that much to get up the two flights of stairs to my room (there is a lift, but it takes ages). It probably pays to be reasonably fit before you even get up here I reckon. That said, every run the first couple of k is a bit of a struggle. The Garmin goes bananas for about 5 min, telling me my HR has gone up to 209. Apart from that everything seems fine.

One thing about training on the side of a mountain though – who’d a thunk that mountainous areas would be so hilly? It makes no sense! When I leave for a run I have two choices – left for a 1.4km climb to 2400m, or right for a twisty 2.5km descent to 2100m. And whichever way is chosen, it is a climb or descent to get home. I tell you, if I’m feeling any good when I return to Oz, LOOK OUT Mountain Running Champs…I’m gonna be heaps good at it. Double heaps maybe.

I’ve never run on a treadmill before this camp. I don’t trust the things. YouTube is probably mostly to blame for this mistrust. But, due to the regular inclemency up here, I have had to make friends with the local treadmill – and it actually hasn’t been that bad. Although, I wouldn’t want to run any more than an hour on it…I know I’m good-looking but it’s a bit disconcerting looking deep into my eyeball for that long. Oh and it probably gets boring at some point. The other advantage of the tready is that it gives my poor hill-shocked legs a break from the constant fight against gravity that is downhill running (“tready” not to be confused with “treadly” – 90s speak for a bicycle for all you post-21st century kids).

Then there is the matter of the all-essential long run on a Sunday. I was not looking forward to 30k+ of up hill and down dale. Luckily the staff here are very understanding and have organised each weekend for me to get down to a (relatively) flat trail that lies at about 1700m. It’s not the ideal altitude, but at least I can run for a couple of hours on some flat stuff, which also means that I can pick up the pace a bit. That said, two weekends ago I explored the trail a bit further than normal and discovered, gasp, more hills. And stupidly decided to take them on, resulting in a burst lung/heart gasket and a miserable crawl home over the final 15km. Won’t be doing that again in a hurry. If I do, I will need to take more Roctane with me next time!

The weather hasn’t been all bad. There have been some awesome sunny and fresh days. However an inordinate amount of snow has fallen in the time I’ve been here already, very unusual for this time year according to the locals. Luckily ASICS stocked me up with plenty of winter gear before I left, and although I have looked like Mawson exploring the Antarctic some days, I have at least remained comfortably warm. One of the first runs up here I had to run on the road (at least I assumed it was the road) through pockets of wind-blown snow, up to my knees at times. Falls Creek does not prepare you for this! Even now, however, it is still quite the novelty for this runner from Down Under to run along roads bordered with up to 3m high snowdrifts.

Anyway, I think that’s about enough waffle for one bi-tri-quart-monthly blog hey? I hope you’ve enjoyed the read. It has been an amazing experience here so far, so there may be more to come. What else am I going to do up here? Stalk a satellite dish? Hmmm, that reminds me. Hasta luego!