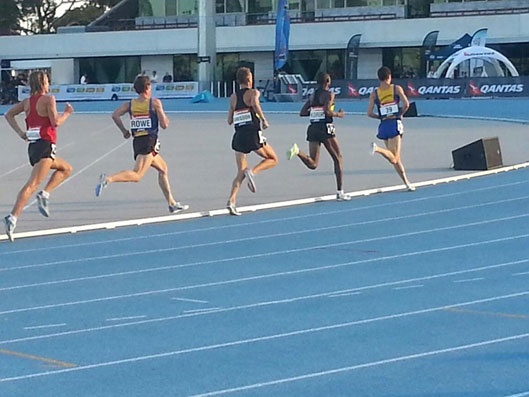 I am currently up at Charlottes Pass, NSW for a training camp. Charlottes Pass is the highest village in Australia at nearly 1800m above sea level. In the past I have used Falls Creek as a place to stage the annual summer training camp, however this year it was decided it would be in my interest to come to Charlottes Pass, due to the proximity of an athletics track in Jindabyne, 40km down the mountain which Falls Creek does not have. I am planning to stay here for three and a half weeks before competing in my first 1500m race for the season in Hobart at the Briggs Memorial Meet.

Training so far is going according to plan, however the weather has been rather unpredictable with a day of snow within the first few days, which apparently hasn’t happened at this time of year since weather records were established for the area in 1973! The scenery is similar to Falls Creek, and the trails can be challenging, including running to the highest point in Australia, Mt Kosciusko.

My last couple of races have both been 3000m races, running pb’s in both, 8:03 and 8:01 respectively, making impressive improvements on my previous personal best of 8:12. By running these times and in the manner they were run, gives me a lot of confidence for future improvements in the shorter distances once I get off the mountain.

The Olympics Might Be The Biggest Thing, But They’re Not The Only thing

London Marathon: 40 Years Of One Of The Greatest Marathons