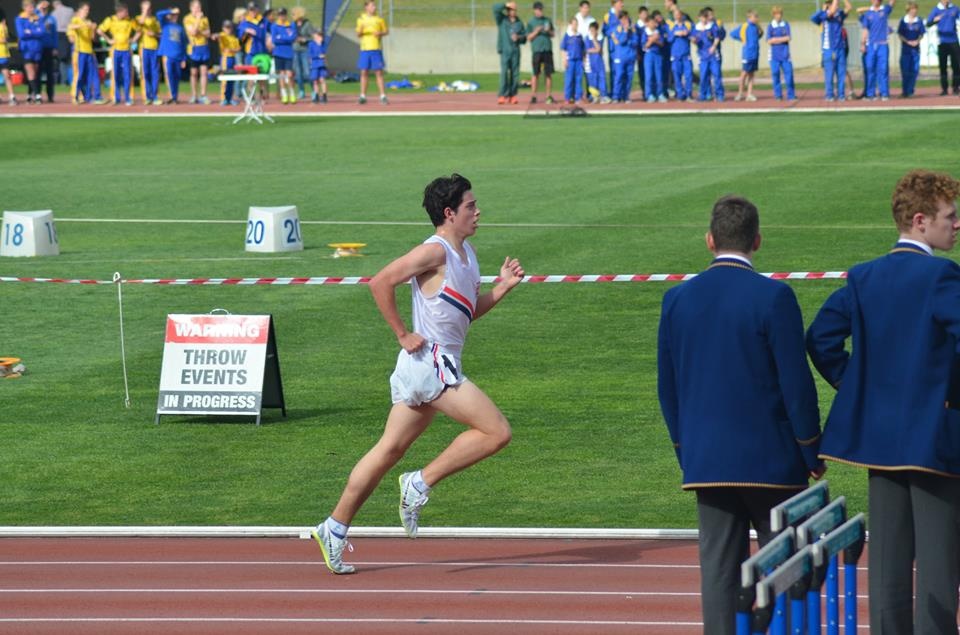 CAS is the one athletics event that, as a school boy, you look forward to all year. The crowd is like nothing you will experience in any other school sports event.

I’ve previously run the 800m and 1500m events but, following some recent encouraging results during the cross country season, I thought the longer distance of the 3000m would suit me. So, this year, I entered the 1500m and 3000m events, and dropped the 800m.

Going into the 3000, which is an open event, I knew it would be a tough race – not just because it was my first time competing in the 3000m, but also because one of the entrants was 2 years older than me and was currently running at sub-CAS record pace.

As expected, he went hard early and built a 50m lead very quickly. I stuck with my race plan and kept with the main pack for the first couple of laps or so. I felt good, so I then made my move to start to reel the leader in. As I increased my pace, so did he. I left the pack behind me and worked on closing the gap to the leader. I ran a strong last 2 laps and closed some of the gap, but in the end, age and experience got the better of me. We both ended up breaking the previous CAS record, except that he broke it by more.

None of this would have been possible without good coaching and a good running squad. I’ve been a swimmer all my life and only got into running 2 years ago. But I loved it from the word go and have been hooked ever since. I started training with Ken Green and the ASICS Sydney Running Academy last year, so this is my first full year of training. Ken is a highly experienced coach and really understands coaching junior athletes – and he does a very good job of keeping our feet firmly on the ground! The squad is a great bunch of guys, we all push and motivate each other and having the older, more experienced athletes to give you their guidance is invaluable.

Photos thanks to Ewa Facioni.

The 86th CAS Track & Field Championships were won by Barker College in a terrific evening of Athletics at SOPAC. Trinity pushed Barker all the way with the final result coming down to the final relay of the night.

Overall there were many brilliant performances with as many as 13 new CAS records broken.