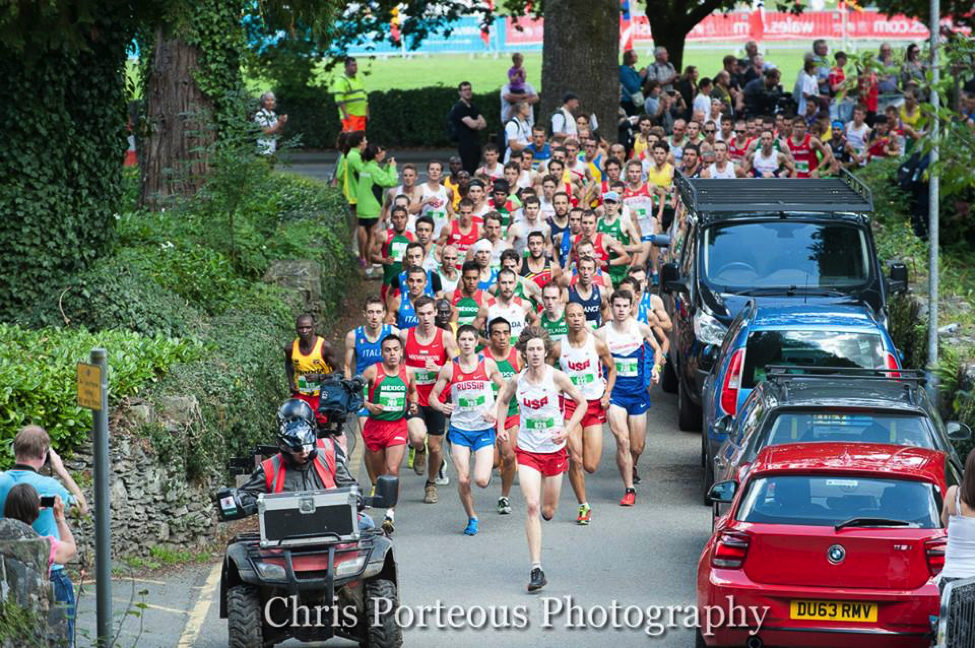 Well what an experience!

I am glad Ross Johnson invited me to write an article on the World Mountain Running Championship as it will help ensure I do not forget how life is just one big adventure. I knew it would be an amazing experience participating in this race and my training partner Bryce Anderson and I would chat for hours about how pumped we were to run in Europe. However, it was the friendships built from the hours sitting in hotels, buses and cafes with parents, coaches and team mates I will treasure. I even got to meet with my sponsor John Ovenden, who I previously only communicated via emails and facebook, which was really great.

To say the course was tough would be an understatement. At times it felt like a mix between Mario Kart and Chase the Cheese – complete with pushes, tumbles and shoves being thrown down. Most of us Aussies thought the course was a true reflection of an up hill, down hill course. However, as mentioned it was dangerous and there were several rough turns where you could easily break your leg or split your head open. If you want something flat with no rocks, you run around a track, if you want to challenge your body and mind run this race as it is a cross between Tough Mudder and a 10km road race.

In the race I ended up coming 79th out of 119 – which was a fair reflection of where I’m at in the world of mountain running. There were some incredible achievements by the other Australians, especially in the Junior woman with the Queenslander Joanna Hills motoring home to become the 16th best mountain runner in the world. What is remarkable about this athlete, is that her father/coach who is amazing man, only has her running on average 20km per week! However, it was so relieving to see that all the Aussies had smiles the size of the Harbour Bridge after the race, they were ready to let their hair down and have a few beers.

If you ever get the chance to give mountain running a shot – do it! There isn’t necessarily a huge correlation between flat running and mountain running performance so you may surprise yourself and be a gun. Even though it has the reputation of being a div part of the sport (although most of us were geeky high school cross country athletes once….), it really was an amazing experience. The last few k’s running down the forest felt like I was in a Robin Hood novel. The type of racing was like nothing you’d see on the track/road/cross country trails in Australia and this may be a contentious and debatable call but I’d say mountain running world champs are of a broadly similar standard to cross country world champs. It is a very high standard of competition, and is recognised in Europe as being a similar level of the other areas of athletics.

Well done to my Aussie team mates who all ran a strong race and didn’t let themselves down. This trip has shown me again how life is an adventure and how important it is to make the most of any opportunities you get. To represent Australia has always been my childhood ambition and to do it twice with such an awesome collection of Aussies in the beautiful land of Wales ranks as one of my greatest achievements of my life. It was great to share the experience particularly discussing footy, coffee and the meaning of life with Andrew Arkinstall and Dennis Fitzgerald, you guys are absolute legends!