Home Features RT Journal by Jordan Gusman: Break on through 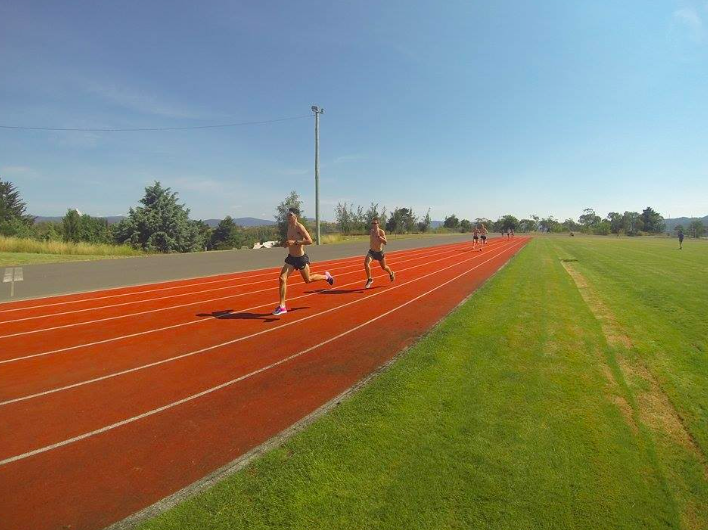 G,Day It’s been a while since I last checked in with RT, But recently there have been a few changes which suggest my breakthrough may be on the way.

When you are not going as well as you had hoped for an athlete will occasionally spend some time reflecting, may that be on the race itself, training or something completely different. Over the past two seasons I have had my fair share of moments like these, which have helped me learn and mature as both an athlete and a person. I think this shows nowadays in both my running and my personality off the track.

If anyone knew me, or of me a few years back they would know exactly what I am talking about. I was an 18 year old kid willing to do anything to get my name out there. I showed aggression on the track, and a whole lot of cockiness off. At the time I had just won the Zatopek 800m (maybe in one of the slowest times its been won in) and thought I was the next big thing. This then led to my stint of great social media skills via Facebook… What all this ment in terms of my running was that I lacked patience. I was pushing things way too hard in training expecting a huge drop in my times (never happened), and leading out races to push the pace for fast times (also never happened). After this past two year period and a woeful nationals in April 2014 I decided something needed to change.

Early July 2014 I was lucky enough to meet a coach who was willing to take me on and so after a little planning and discussion I have been training off of Dick Telfords program for the past few months, which has been a big change for me volume wise. Since changing coach I thought I may as well fully commit, there fore I will be moving to Canberra in less than a week, studying at the University of Canberra (never thought/planned id every be at uni), and I will also be stepping up to the metric mile this season.

Currently I am living at 1850m with a great group of people, training under the vastly experienced Dr Philo Saunders. So far up here I have had a total flop of a session and one that suggest I am in well better shape than my 3.51 pb, but time will soon tell. I am trying not to get to far ahead of myself at this point but the past month of training has been 10 notches above my usual level of training and I think everyone around me can see I am on for something big in the near future. So fingers crossed for a good 2015.

So far this year I have run a mile in Canberra, where I had drove down from perisher with training partner Josh Johnson. I managed a 4.13 in not to ideal conditions which was a good rust buster to start off with and then back up the mountain the next day. Following this was a 5000m in which I agreed to pace good mate Bryce Anderson.We were both lucky to have Hugh Williams come along and assist with pace to 3k.I ended the race with a time of 14.48 feeling all to relaxed which was a good sign heading into the coming weeks.

Hunter Track Classic 1500m is up next on the schedule and I am really looking forward to it. See you all track side,Gusman