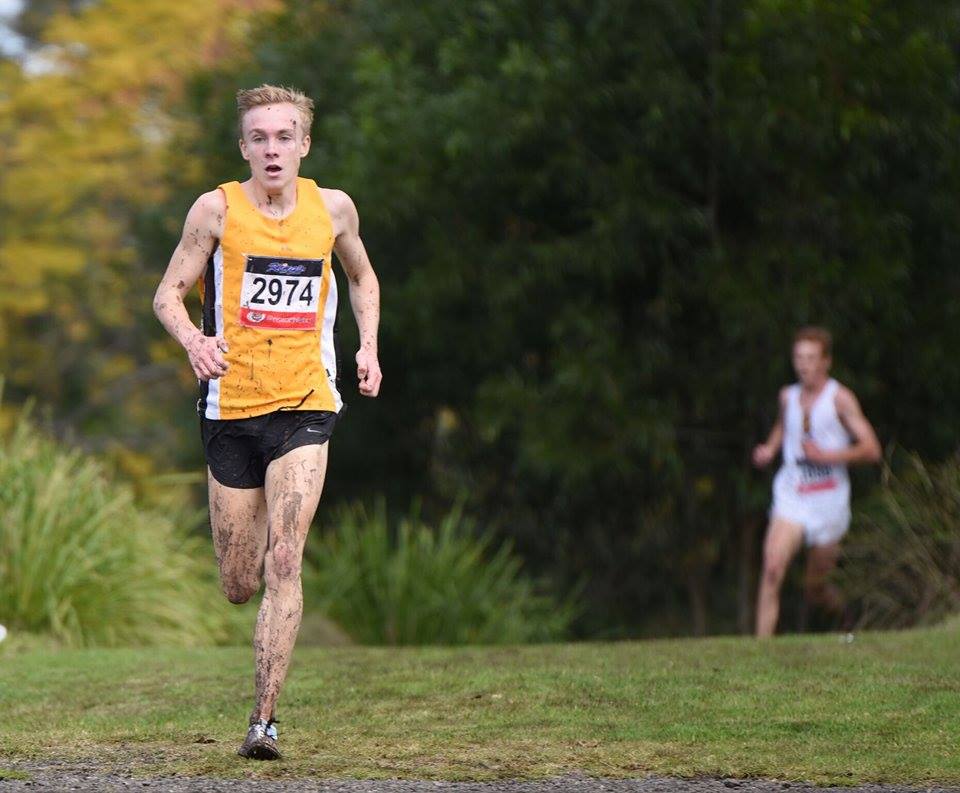 When Ross asked me to write a blog for runners tribe I was more than happy to say the least as I’ve been a fan of the site for a few years now and am a frequent reader of the runners tribe journals. For those of you who don’t know me, who I’m sure, are quite a lot! My name is Arron Spiessberger-parker. I’m a 19-year-old middle distance runner from the south coast of NSW, I run for Nowra athletics club and Rob McDonald coaches me.

Ross told me to write about any aspect of my running I liked so I thought I’d give a brief overview of the past track and cross country seasons. The aim going into the 2014/15-track season was to qualify for the u20s world cross-country team and to see what I could do in the 5000m on the track. With a solid winter base under my belt, something of which I had struggled to do in the past due to getting sick or injured, I was keen to keep the ball rolling and see what I could do come world xc trials.

Unfortunately early in the season, not long after running a small personal best in the 3000m my Achilles tendon began hurting, putting a halt to training and any planned races. This wasn’t the first time I had had issues with my Achilles tendon, which made the situation all the more frustrating. After almost 6 weeks not running a lot of treatment from Lachlan Chisholm down at Nowra physiotherapy and lots of strengthening exercise, my Achilles came good and the running continued.

The process of regaining my fitness seemed to take forever but a two-week altitude camp in perisher with the Canberra crew was just what I needed to get back into shape. I took things easy for the first week as I had only just started doing easy runs a week and a half beforehand. Then after that first week I stated to do some faster running and it started to look like the season wasn’t all lost.

The world cross-country trials came around and I simply wasn’t good enough on the day. Placing 12th might have seemed like a disappointing result but I was content in knowing that I left it all on the track and did what I could.

The season still wasn’t over with my focus then turning to the Australian Junior athletics championships U20 5000m. After getting in a very solid 3 weeks training a week before Australian juniors I ran a small but satisfying 1500m pb. This gave me a much needed confidence boost leading into the last race for the season.

Australian juniors rolled around and I managed to get my first Australian title. Being my biggest achievement in my running to date it was definitely a good ending to the season. After a weeks break I was straight back into it aiming to have a good cross-country season and to build my fitness for the 2016 track season.

Having Jye Edwards and Harry McGill to race with at the weekly Nowra athletics club xc meets ensured we got a hard effort in and got some good results early in the season. I had some positive results throughout the season leading into the Australian cross country championships, including a 2nd at the NSW novice xc championships 10k, a 1st place finish at the NSW xc championships u20s 8k, and solid runs in both the NSW xc relays, and NSW road relays.

A week before NSW short course xc injury struck again, this time hurting my knee and forcing me to miss the race. This was a tough pill to swallow, but I knew I still had enough time in-between then and nationals. Hence all was not lost.

The Australian XC championships came around and staying with the two guns Matthew Dempsey and Jordan Gusman before the race left me hungry for a good result.
Unfortunately I didn’t have the best run but did what I could, and finished 10th which was my highest placing at a National cross-country. After an eventful after party I headed home and had a much needed weeks rest.

Now I am stacking up the Ks and preparing to take a big stab at my 3000m pb, at the NSW 3000m championships in November. I’m also looking for a good result at Zatopek, and then progressing onwards to a good first season in the opens.