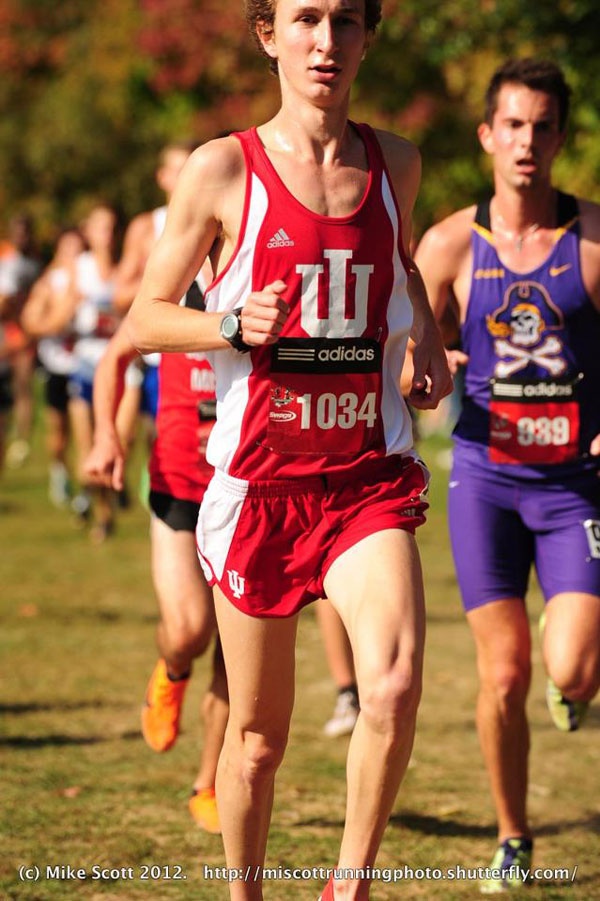 It’s difficult to sum up the last 12 months into one blog. So I will focus on giving a brief insight into the college life, how I ended up there and how the season went after my first year.

I had quite a successful final year of being a junior before I made the move. I had improved a lot since high school and finished it off with a win at U20 nationals in the 800m, albeit bittersweet as I hadn’t quite hit the standard for World Juniors to gain selection. With my junior career coming to a close, I was looking to what the future would hold. I knew it would be a tough road going into the senior ranks, as there is little to no support for juniors looking to make the jump. So I thought it would be a perfect transition to spend a few years in the collegiate system to see how good I could get. At the start of the season I began researching and talking to people, learning more about the NCAA system. Although I thought I was pretty familiar with it all (being a Flotrack nut), it was definitely a huge and stressful task trying to find the right program before an August start. For those of you thinking of making the move, plan ahead a least 6 months prior. There are so many schools out there it is tough to know where to go, but if you do your homework you should get a good fit.
Fortunately, I ended up at a great program in Indiana University that fit well for me both academically and athletically. Although it does get bloody cold in Indiana during the winter, which was a big shock coming from far north Queensland, it makes up for it with some sweet running trails, awesome facilities and is in a small picturesque college town full of character. The squad is also oozing with talent, boasting the reigning NCAA 1500m champ as well as a host of young prodigies to keep me in check. Having guys at that level really does breed success and brings the best out of everyone.

The collegiate system is unrivalled to anything back home in terms of support and competition for athletes. There are stigmas of US colleges flogging miles and over-racing athletes. In my experience this simply isn’t true. Though we do race a lot it is never abused or becomes too much. You aren’t forced to do a generic set amount of mileage and it varies depending on the individual and program. I can’t speak for all places but the respect for long-term development and enjoyment of the sport is definitely stressed and is a big part of college athletics. In terms of competition, the depth of the NCAA is insane. There are hundreds of athletes from novice to Olympic standard. With international interest continually rising, the strength continues to grow every year in all disciplines. There is a good growing contingent of Aussies over here and we’re really making a dent on the competitions. Most of the yanks welcome the foreign competition but some are a little bitter at us taking all their accolades!

The first couple of months over here were definitely the toughest part. I had to adjust to a new coach, university, culture, road-rules and a few language barriers (I soon realized ‘rooting’ had a different meaning). The year was kicked off by cross country in the fall. It started off a little rough to say the least. Coming from a low-mileage background, cross hasn’t been my strongest part of the season. After a few 28mins+ 8km races my confidence definitely took a beating. I was struggling to keep up in workouts and was tired a lot. Thankfully I found my feet towards the end and ran a decently respectable 25.36 to round out the season. Hopefully next year I can be a bigger force and try not to get too badly dropped in the workouts.
Rounding out cross brought with it the frigid winter weather and the beginning of the indoor track season. Running indoors on a 200m banked track took a little getting used to. Races can get pretty physical and tactical, as it’s difficult to pass on the curve. Being indoors creates a unique atmosphere that is pretty awesome to experience. My campaign was basically highlighted by DMR madness. Aside from running a small PB of 1.50.68 over 800m, the relays became the focal point. Everyone goes nuts for the DMR and being on a top contending team was a lot of fun. I ran the opening 1200m leg and ended up running a best split of 2.54.5.

Watch our first attempt at qualifying for nationals:

We ended up getting to the indoor nationals and finished in a close 4th, earning All-American honors (top 8 in the country), closely edging out the fellow Aussie boys from Villanova.

Unfortunately coming out of indoors I sustained an achilles strain that had me out of action for a month or so. It was probably caused by a combination of a lot of racing and my body not used to the tight turns of indoors. Consequently, my outdoor season saw a lot of inconsistent and sub-par performances. Towards the end I had run out of gas and was pretty well cooked. I did manage a 4.5 second PB over the 1500m of 3.46.94 but that was the extent of my success outdoors. I wasn’t too worried, as I knew being my first year it could be a little hit or miss.

Overall, my season was pleasing given the adjustments to a number of aspects of training and life. I ran faster than ever in all distances from the 600m to the 8km but know there are many areas where I can improve for the future. Next year should hopefully see some big gains as there are no unknowns, having experienced the demands and ins and outs of the system. I hope this blog has enlightened some people on the college scene and cleared up some possible misconceptions. I definitely have had a great experience so far, have no regrets about making the move and would recommend it to all interested.