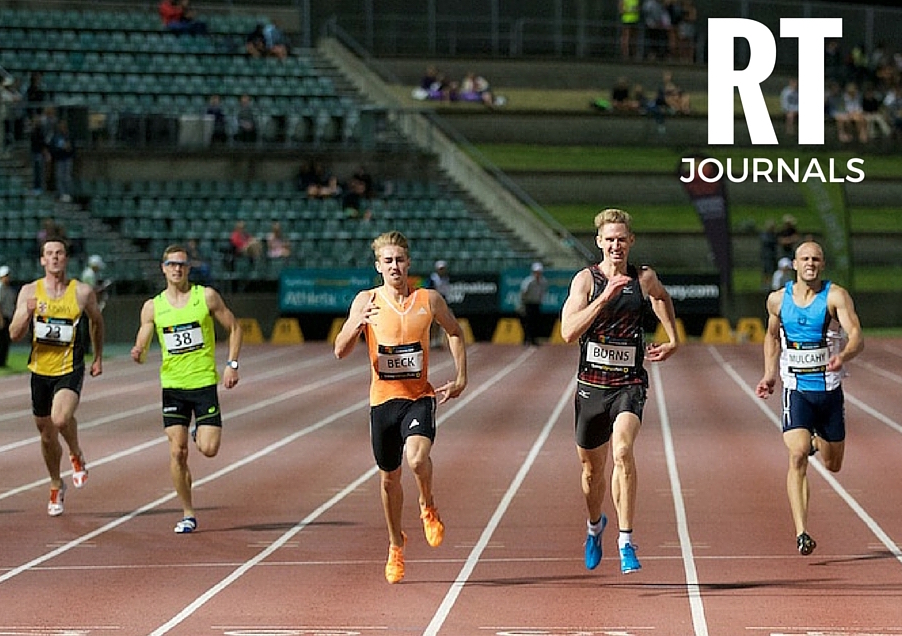 I remember a few sessions where all I wanted to do was cry because I felt so defeated.

The last 4 months. The last 4 months have been crap. I wouldn’t say it’s been hell. I can think of worse things that would be hell. A loved one dying; or breaking a leg; or having a stroke. There are worse things that can happen but for me the last 4 months have been absolute crap. So crap. I don’t even want to talk about it, mainly because I don’t like that it is a thing that I can talk about. I just wish it never happened. I don’t particularly want to talk about it because where I am at is not where I want to be. I had expectations for this year. I had expectations and intentions this year of being on the Australian athletics team going to Rio. Last year I had a great season and I want to build on that and have a great 2015 ­ 2016 season. I want to qualify in the 400m individual which is my main goal or as a secondary goal qualify as part of the relay team going to Rio. So this season was set to be a big season for me and it hasn’t turned out that way….yet.

What’s happened is I have had a bit of a burn out. In specific terms it’s called Overtraining Syndrome (OTS), Overreaching Syndrome (ORS) or Under Performance Syndrome (UPS). It’s something I had not heard of up until it happened to me. It’s something that a lot of people don’t know about either. In my 10 years of athletics, this was the first I had ever heard of it. It wasn’t until halfway through this journey, or ‘challenge’, that I stumbled upon the term OTS and all my symptoms just matched the research that I found.

What happened is in mid December 2015, I was training really well. I went to part time work in September 2015 so I was doing half the work hours and I had more time to sleep and train and do the recovery work and all the stuff that I wanted to do. I gave myself no excuse this season to succeed. I was training like a beast. I was loving it. It was great.

I never actually thought it would get to that point though. I never thought it would come to that. And it didn’t. I didn’t go to hospital. I didn’t die or pass out or get “immediately” sick..but in the middle of December I started getting really sore at training. I started really underperforming at training and really struggling with the sessions, even the easy sessions. I didn’t have the energy. I couldn’t turn over as quick. I felt drained. I would fatigue quicker. I was just really sore as well. My joints. My feet. My ankles. My knees. My hips. Everything was just really sore. And for no reason. It was just sore. Sore from training. From running…but nothing specific. Just sore.

I was pushing through to the end of December because I knew I was going to have a little bit of time off. Not a full break from training, but a lesser amount of training during the christmas and new year period. And when I came back to training in January, again I really struggled. It was an even bigger struggle than what it was in December. It was even harder. I was twice as sore. I just had absolutely nothing to give. I couldn’t run. I couldn’t do anything. I felt fatigued. I felt like I had no energy. I felt really down. I wanted to sleep more. I got massive headaches (I normally never get headaches). My body felt as though it had been hit by a truck. I would wake up each morning just as sore as I went to bed. I’d wake up just as tired. I’d get to training and try to warm up a body that felt like it had done 4 sessions that day already.

That continued for a week or two. And then other aspects of my life started to change as well. I’ve always been, and I pride myself on being, positive and having an attitude towards everything I do where I can accomplish it, or I can learn, or push myself and achieve it. I’m normally very determined and competitive. I’ve always been good at something or I want to be good at it so I will push myself to be good at it. And because of that I work hard. I love to work hard. But…that was all gone. I didn’t want to work. I didn’t want to work hard. I was down. I was depressed. I wasn’t happy. I was easily irritable. It just felt like everything was bad or going wrong. I was hating life. I remember a few sessions where all I wanted to do was cry because I felt so defeated.

By this stage I’m 3 or 4 weeks into this bad funk. 1 week of bad funk, you’re like “okay maybe I’m sick or maybe the body is fighting something and next week I’ll be all good”. 2 weeks of a bad funk and you think “okay maybe we should start looking at what could be going on…has there been any changes in my life that could cause this bad funk?” 3 weeks into it and you’re like “what is really going on… what has changed… what is happening.” Get some tests. See some people. Find out what is going on. 4 weeks in. I’ve seen people. I’ve discussed with people. I’ve talked to a bunch of people. I’ve tried to find out what’s going on and haven’t been able to get any results. I’m negative to all the tests they run and all the common infections that may be causing these symptoms.

January to the middle of February became an ongoing search as to what was actually going on. I stumbled upon an article somewhere. I probably just googled my symptoms. It summed up my symptoms 100%. It was spot on and made perfect sense. I’ve got OTS. Or UPS. Or ORS. Doesn’t matter what you call it. It’s pretty much the same thing. If you’re really technical there are little differences, but for me it’s all just been one long horrible experience.

What does it mean?

What it means is that at some point in the last 5 months, physically and emotionally, but mainly physically, there has been a combination of stressors that have depleted my adrenal system, my nervous system, my energy systems and totally messed with how my body repairs and recovers and performs. The combination of stressors basically refers to everything I was doing as it is difficult to pinpoint the cause of OTS to one specific stressor, though some stressors had to have been more impactful than others.

To narrow it down to one main cause or stressor (although I firmly believe it was a combination of stressors)…. the one main stressor was heat. We were doing training sessions in the heat on 2 days of the week and I think that combination was too much for me. It sucks. It really sucks. Looking back now…it’s sad. Had I just not trained during the peak heat of the day, I think that this wouldn’t have happened. I think that is the hardest part to deal with. As much as I don’t want to accept my recent poor performance and what that means for my chances to going to Rio and making that team…. I can accept that. I don’t want to, but I can. What’s really hard to accept is that this could have been avoided. With hindsight and what I know now I could have avoided it. And that is partly why I want to write this article. I hadn’t heard of OTS. A lot of people that I have spoken to hadn’t heard of it either. Hopefully this article reachers a few people that haven’t heard of OTS before. I believe as athletes, we walk the fine line between pushing our bodies too far and pushing our bodies just right. Looking back on my previous 5 years of athletics, there’s been a few weeks or two where I have had very similar symptoms and I feel as though I have had a lesser dose or a smaller exposure to OTS. In these instances I could just take a week or two off and bounce back really well. That’s why I say that I think as athletes we have a fine line where we are pushing ourselves to the limit and that’s what this is basically.

I really hope that this reaches a few people and educates them about OTS. I can’t guarantee that reading this now is enough for you to know if you could be heading towards OTS. At the same time I don’t want people to be overly cautious and fearful and think that what they are doing will lead to OTS. I don’t think that I could have read an article like this and have predicted getting OTS or stopped myself getting OTS. Maybe. I don’t’ know.

From here I’ve had a lot of help in the last 2 or 3 months. I’ve been very proactive in trying to deal with this the best I can. A lot of what I have done is focus on my mental attitude. I could have easily given up and stopped altogether… but that would have been sad and I didn’t want to. As much as this experience has been heartbreakingly difficult and tough to get through I want to see it as a challenge and an opportunity. It’s been an experience that I only want to grow from. I want to be better form this. I am determined that whatever this season brings is perfect in that it is what I need to make me a better and stronger athlete. All I can do is the best with what I have…and that is all I can ask of myself and others.