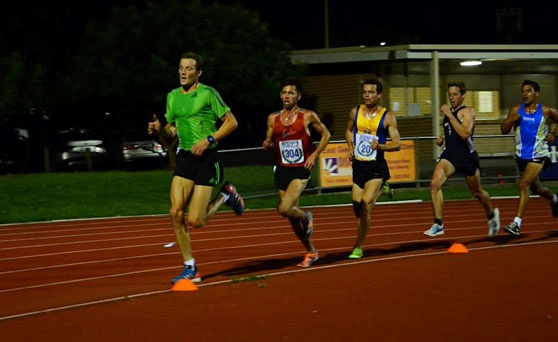 I’m very honour that Runners Tribe has asked me to write a bit about my running experiences. This first blog is just about my recent summer as it’s still fresh in my mind, but being more of a cross country / mountain runner, I’ll be writing more about in the future.

I have had a very successful time with my running this past summer. It began with winning the 6km race at Run Geelong in November. Just 4 days later was the Victorian 5000m Championships. Running a big personal best time in the same event the year before, I was hoping to do the same this time around and I didn’t disappoint, coming away with a 30s pb running 14:25.

3 weeks later was the Rod Muir 10km Track Classic at Landy Field. I initially just planned on pacing the first 5km for a few of my mates, but when I found out that Craig Mottrom had offered to pace to 9km, it sounded too good to pass up the opportunity to race the whole 10km. Craig did a perfect job and stepped off the track with 1km to go to let the front pack of 4 battle it out, with 2 laps to go it was just Brenton Rowe and myself fighting for the win. In the end Brenton had just a bit too much speed for me and took it out, but I was very happy with another big PB, knocking 50s off my previous best in running 30:20.
2012 Rod Muir 10km Track Classic

These performances gave me a lot of confidence before my main focus for the summer, the World Cross Country Trials held in Canberra on the 20 January 2012. With up to 6 athletes to be selected to represent Australia at the 2013 World Cross Country Championship in Poland in March, I knew it would be a tough ask, but knowing I was in the best shape of my life, I knew I wouldn’t be far off. Unfortunately for me, the course in Canberra was much like a golf course, with its beautifully manicured grass and no real hills to speak of, it wasn’t the best course for me being a more of a mountain runner but more suited the track athletes. I ended up coming 8th, but later found out that one of the athletes ahead of me was from another country, therefore I was the 7th Australian, just narrowly missing selection. But despite coming so close, I was very happy with my performance at my first attempt at the trials.
2013 World Cross Country Trials

I again returned to Stawell this Easter to try my luck at the Herb Hedemann Mile, coming 9th, 8th, 7th, 6th the past 4 years, I was really hoping for a 5th or better! In the end I had another solid run, but was 6th again, except this year it was only a matter of a few metres separating the top 8, as can be seen in the picture below with one lap to go.
2013 Stawell Gift

My final run for the track season was at the Melbourne Track Classic World Challenge. I wasn’t actually racing, but had the job to pace the race for the first few km’s of the 5k. It was a great experience running in front of a few thousand people and helping out some of the best athletes in world (the Kenyan athlete behind me won the World Cross Country Champions in March)
2013 Melbourne Track Classic

After the Melbourne Track Classic, I had 10 days completely off. I’d usually just take a few days off then jog around for a week or two at the end of the season, but as I had been struggling with a bit of tendonitis in my ankle for the last 2 months, I felt I needed a complete break before I slowly got back into it over the past few weeks. I can’t wait to get back into full training and see what I can do over this next cross country and mountain running season.