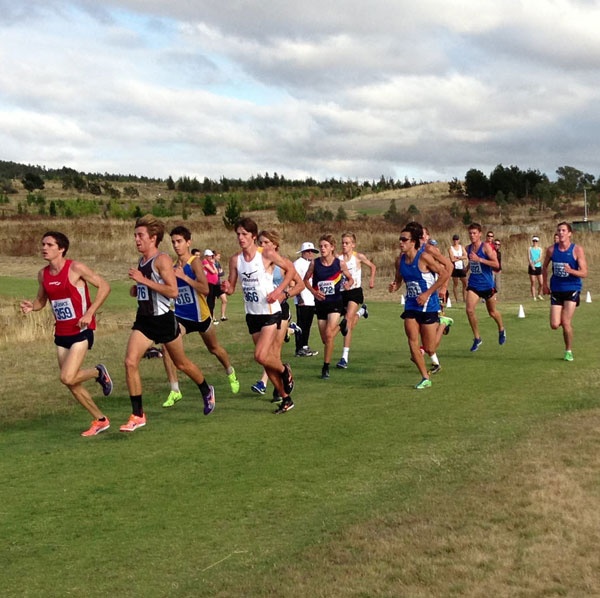 Since Jack Curran and Jack Davies have already blogged about their world xc trials experiences, I thought I would give some input from my perspective.

Just to start off I think I should introduce myself a bit. I’m 16 years old, live in Sydney and train with Sean Williams. I have been coached by Sean for over 7 years now, but only really started training seriously last year. Up to that point there had been a constant battle between soccer and running, and to be honest for many of those years I just didn’t enjoy running that much. Obviously that has now changed dramatically, and over the last year running has become one of my biggest priorities.

World XC had been on my mind since the end of track season last year. At that point it was more of a far off dream though, I hadn’t done much yet to establish myself as a real chance. During that XC season I really knuckled down and trained hard, running consistent k’s for the first time in my life. As a result of that and my increasingly hungry attitude for the sport, the improvements started to come.

After a really solid XC season, at the beginning of the track season a few obstacles appeared. Most of the year I had two major goals for the upcoming season, to make world youth athletics, and to make world junior xc. At this time I became aware of a rule that said that I could only compete in one. It was a tough decision, but ultimately my choice to focus on the cross country came down to the long term development, as my coach pointed out, it would be tough to have a 9 month track season, especially since I am currently completing my last year of school.

The next obstacle that materialized was an injury where I would feel pain in my upper hammy, eventually diagnosed as hamstring tendonitis. This injury plagued me for almost 3 months, since the very start of track season. For quite a long time I wasn’t sure how to deal with it, and whilst it forced me to pull out of sessions weekly I was still able to have some good races, running both my 3000m and 1500m pb’s. Eventually, after having a poor race at Zatopek it got to the point where I couldn’t deal with it anymore and I stopped running and saw a physio. This helped out a ton, as it was revealed that it was caused from over using my hamstrings when I ran. The physio gave me some exercises that I have since been doing two times a day, which have allowed me to manage it and run almost pain free.
After that was under control (just before Christmas), I got stuck back into some hard training. Luckily during that period I hadn’t lost much fitness, and on the 27th of December I went to Falls Creek on the AA camp and got some real solid training done. Going to Falls Creek in itself was a great experience. I got to meet heaps of other runners, especially the other boys on the AA camp who made up the majority of the people that I would be racing against a few weeks later at the world cross trials.

Driving down to Canberra on Saturday night before the race with training partner and top mentor Hugh Williams I was feeling pretty good about my form as of late. My top priority was to get a placing that would likely get me selection for the team, but I did also want to try and win the trials.

The race started off at fair pace, with a small field that was packed with talent. I tried to just hang on, near the front to whoever was setting the pace, until we got to the final 2.5km loop and a pack of 3 had formed with Jack Curran, Jack Davies, and myself. At this point I made a bit of a surge, increasing the pace and creating a small gap. I wasn’t quite sure how far back 4th place was, so I wanted to increase the pace to ensure that I could at least get a top 3 finish that would likely be good enough for selection in the team. Not too long later Jack Curran caught back up to me and passed me, getting about a 5 second lead that stood for the rest of the race.

Crossing the line in second place, I was very happy. It was a tough race, but definitely paid off a few days later when I got the call that I had made the team. I’m really looking forward to going and competing in Poland, especially since I think that we have a really strong team in the junior boys.

To attribute this to the people around me would be only a small part in the thanks they deserve. My parents have always played a massive role in supporting me in whatever I do; I don’t think that any of this would have been possible with out them. My coach Sean Williams has consistently done the best job in training me and bringing out my best. One of the other things that I think helps me a lot are the people who I train with. People such as Ben St Lawrence, Hugh Williams, and Neil Berry are always there to push me along and offer any help or advice that I need.

Congratulations to all the other people who were picked for world cross country; I really look forward to competing there and in the rest of the track season.

Thanks for reading, Morgan.