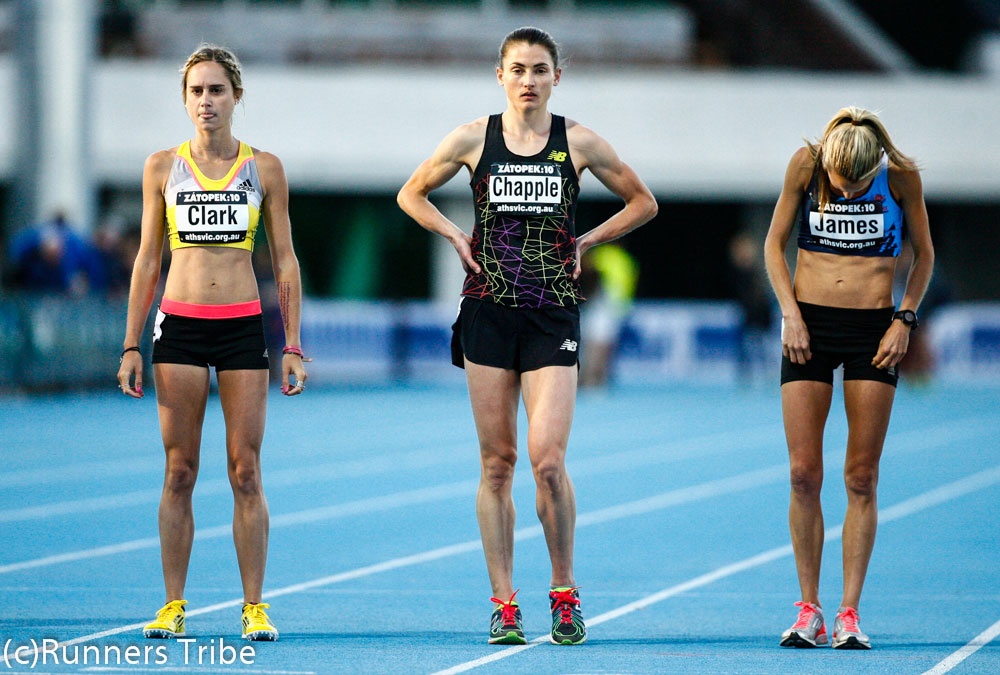 A few days ago, I was excited to be given the opportunity to write my first blog for RunnersTribe. For those of you who already know me, being given free reign to write about ‘whatever I want’ is a potentially dangerous prospect! Nonetheless, I thought I would actually take this opportunity to write something from the heart – as lame as that may sound.

Not long ago, I competed in my first track 10,000m at the Zatopek:10. Stepping up to the 25 lap challenge is by no means an earth shattering feat – as many athletes have also taken on the race. I am one of those people who feels the need to give everything a go – so when the idea to compete crossed my mind late October, I thought WHY NOT? I really have nothing to lose by going in it. To finish third and with a huge personal best has left me feeling ecstatic to say the least. It was a bit of a surprise for a few reasons. First of all, I remember sitting in the crowd watching the 10km event last year thinking “who in their right mind would actually want to run 25 laps in a row!?” I guess it is funny how things can change in a year. Secondly, while I may not have been the fastest finisher, I feel a great sense of pride that I was able to successfully complete something that I never thought I had the ability to do.

Last season was a bit of a disappointment for me. After winning my first national title in April 2012 – I thought things would be smooth sailing and come easy the next season following. I got the idea that if I clocked more miles, everything would just fall into place. Unfortunately, I soon came to learn that putting an excessive amount of pressure on myself to perform would just lead to disappointment and frustration. I came to dread every race for fear of failing expectations. Training became a chore – and I kind of just went through the motions, only ensuring I had reached a certain number of kilometers for the day. I love running – I always have. But it got to the point where I just was not enjoying it anymore. By the time nationals came around I had dug myself into a pretty dark and deep hole. I just did not want to be out there, which was not like me at all. I withdrew from the Steeplechase final (an event I won just the previous year) with two laps remaining for no real reason – other than I just did not want to be there. I have no shame in admitting that now. While it was very upsetting, I would not change what happened. The lesson I learned was too valuable not to experience it. At the end of the day, I have to remember WHY I run in the first place and the answer is pretty simple; because I do love it. The unnecessary pressure id conjured up and placed on myself made me forget that. It seems that with the incredible progression of social media these days, it is easy to get caught up in reading what other people are doing, saying and expecting of you. Running is an individual sport sure, but at the end of the day, I think for the most part, being Aussies, we really just want to see each other succeed. Personally, I would love nothing more than to see my training partners achieve everything they set out to. I know and appreciate how hard we all work . Obviously everyone can’t be breaking world records – but its all relative and that isn’t the point. Everyone is different with a different set of skills.
I think that is why I was most proud of my recent Zatopek performance; being able to approach the race with a different point of view. Understanding we were all there for the same reason, taking on the same challenge. I didn’t look up and down the start line wondering where I could potentially finish place wise, or who I could “sit behind”. Instead I saw the opportunity for what it was – a chance to work with the other competitors to help me run to the best of my ability; a chance to run because I really love it and want to be on the track. The only thing we have the ability to control is ourselves. Worrying about everything else EXCEPT what you can do defeats the purpose of competing in an individual sport. I think we need to run for ourselves and celebrate the success of others because we all work just as hard as each other. Now that I have had the time to step back and think about all things running, I see now that to be successful I first need to learn how to race and why to race – then I can learn how to win.

I may not be Gods greatest gift to running, but so long as I keep on loving it – I am going to keep having a dig J