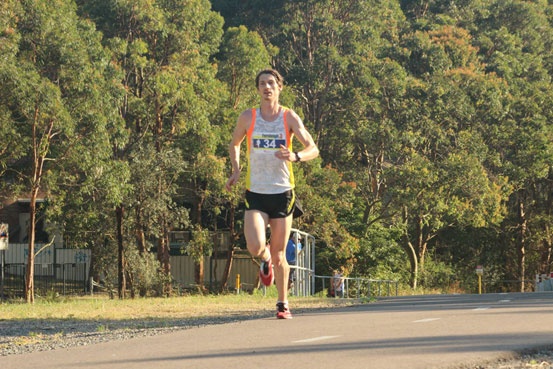 2013 saw some pretty massive changes in my life. The biggest of these was finally graduating uni. With my thesis due in late November I had a pretty interrupted final few months of the year in terms of training. I was pretty fit in September, but with uni work and a few niggles I found it really hard to get in consistent training. With uni now over though I’m looking forward to getting back into a regular training routine and smashing out some sessions.

The other big change for me in 2013 was switching coaches. Dave Chisholm has coached me for about 6 years, since my final year of high school. Over that time I have developed significantly as an athlete, much of which I can attribute to Dave’s training. Over the last year or so though I’ve been finding training with him really tough. With Lachlan moving Albury and the other guys at Bankstown not really being all that driven, I was doing all my sessions by myself. I was finding it very difficult to push myself without any training partners. Another issue was that with Dave living at Shellharbour we didn’t have much contact. Given these issues I thought that I wasn’t reaching my full potential and decided to make the switch to Jimbo’s squad. His squad has been a good fit for me. Connor, Dudley and myself all have very similar goals and fitness levels, we have really benefited from working off each other. Everyone in Jimbos squad is really driven, well apart from old man Frazer who really should be put out to pasture. No one takes themselves to seriously though, we all have a bit of a laugh. It’s a great atmosphere for hard training. I’ve found Jimbo to be a really engaged coach. He is also always mixing things up, keeping things interesting, constantly looking for new ways of extracting that little bit extra improvement. He’s been getting some excellent results, Connor, Clarke, Blundell and Kaan all running well under his coaching. It’s early days but 2014 looks like it’s going to be a good year for me.