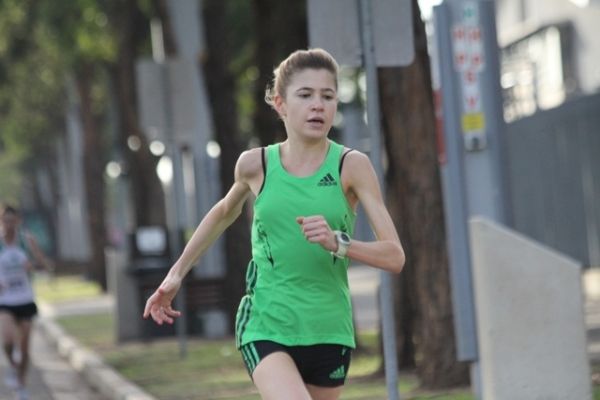 As most of the Aussie running community is aware, next week is the Zatopek: 10 at Melbourne Olympic Park.. This year marks the 50th anniversary of this iconic running meet, so Runners Tribe has asked me to give a little recount of my lead-up to the event, where I plan to compete in the women’s 10,000m.

My 2010 European season was two things – 1. Short and 2. Disappointing. With three races in one month, my aim was to get a Commonwealth Games A qualifier in the 10,000m. My big chance was the 10,000m at the UK National Championships in Birmingham. Unfortunately my options were to either try and stick with Jo Pavey (silver medallist at the 2006 Commonwealth Games) or run the race solo (the rest of the field would be running more around the 34min mark). Wanting to avoid 25 lonely laps, I went out with Jo. I stuck with her for 6km, going through the first 5km in exactly 16mins feeling good. But then that wall reared its ugly head and I hit it hard. The last 10 laps of that race were definitely one of my more painful running experiences, made even more agonising with the knowledge that I wasn’t going to achieve that A qualifying time I was so desperate for. Knowing I had missed out on selection for the Delhi Games, I was feeling pretty disillusioned with running. And so when two of my best friends (who were on exchange at the time in Italy) told me to jump on a plane for a well-earned holiday before uni went back, I didn‘t need much convincing. This ended up being exactly what the doctor ordered. Ten days in the beautiful city of Bologna, with two girlfriends and exactly 0 running meant I arrived back in Sydney refreshed.

Not only refreshed, but motivated to train hard, get fit and win as many races as I could. I sat down with my coach, Sean Williams, and laid out a training/racing plan which targeted the City to Surf (8th August), the Burnie 10km (18th October), and the Noosa Bolt (30th October) as the three main races I wanted to win. And so I got stuck into some solid training, and despite a few hiccups with niggles and sickness, I managed to string together 3 good months of training. With this consistency came success – as my coach would say ‘train hard, win easy’. These victories were important for me mentally, not only reigniting my enjoyment of running, but also my confidence as an athlete. Both these factors has been slightly shattered by missing out on the Commonwealth Games.

But I like to think that everything happens for a reason, and perhaps ‘rejection was Gods protection’ as a wise friend said to me. Plus, there are many positives I can take from it: 1. I was able to complete a semester of full-time uni (which I haven’t been able to do since 2008 because of racing/travelling commitments); 2. I have learnt to ignore B qualifiers in the selection process; 3. And, most importantly, it has made me hungrier to make the next Australian team.

So hopefully this gives you a good picture of my lead-up to the National 10,000m Championships at Zatopek next week. With four months of good training and racing behind me I feel fairly confident and fit, but as an athlete you are always nervous! Particularly with the tough women’s field that is lining up. It looks set to be an honest race, so hopefully we will come away with some good times.