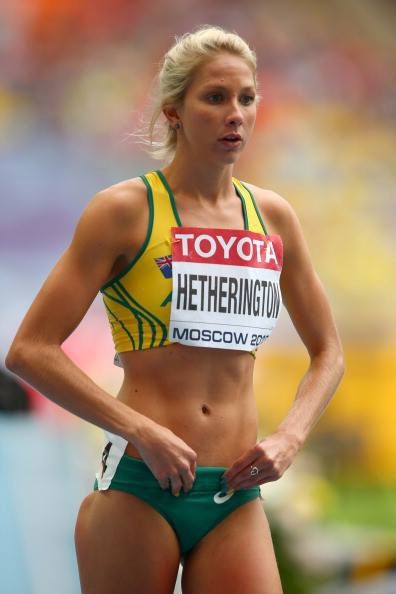 After the disappointment of missing the majority of the 2012 season and therefore the chance to push for selection in the London Olympics team it was pure relief and happiness when I crossed the line at the Australian National Championships in Sydney and secured my selection for the 2013 World Championship team.

The race in Sydney went completely to plan, after a successful season but still not able to break the elusive 2:02 barrier I ran what I consider to be the best race of my career to date, clocking a personal best, World Championship B-qualifying time and most importantly my first national title.

I took a week off following Sydney to rest some niggling injuries and mentally refresh before I was back into some hard ‘winter’ training – longer repetitions aimed at building a strong fitness base – in preparation for my first European athletics season. All went to plan and before I knew it I was on a plane to Europe.

I decided that when in Europe I would base myself in Cologne. Cologne would be the base for many other Australian athletes and allowed us to form a nice friendly ‘local’ community. This was my first taste of the life as a full- time athlete. I shared an apartment with other Aussie athletes and we soon settled into the routine of morning training, refuelling (enjoying long lunches), resting, afternoon training, refuelling (lovely dinners) and sleeping. I loved being able to escape the hustle and bustle of Melbourne life and focusing on my running and ensuring I was able to put attention to the finer details such as Physio and massage treatments, recovery ice baths and stretching to ensure my body was able to cope with all the training and racing. I had a very good training and racing time in Cologne for the five weeks I was there.

Throughout this period I had my first taste of European racing; this experience was invaluable. I competed at races all around the world including England, Ireland, Belgium and Germany. In each race I learnt many valuable lessons in racing tactics and whilst I didn’t run my best times, the results I was able to achieve were very positive and left me confident for Moscow. Along the way I met so many new friends from all around the World whom I continue to stay in touch with. My final race was at the London Anniversary Diamond League; this meet was held in the Olympic Stadium and contained a Woman’s 800m field containing the world’s leading athletes. The meet was to mark a year since the Olympics and was held in front of a sold out 90,000 strong crowd. It was a surreal feeling warming up with the likes of Usain Bolt and Mo Farrah. Although I was disappointing with my race result I was able to mix it with the best for the first 600m before finding the pace too strong. It was an incredible experience that I have learnt from and took confidence away from running my second fastest time in a less than perfect performance. I never thought I would get the opportunity to race in the Olympic stadium in front of such a loud and supportive crowd and is an experience I will cherish.

After the London meet it was onto Tonbridge for the Australian World Championship Team holding camp. It was here my journey as an Australian team member really began and was the best part of my trip to date. I was so excited to get my green and gold uniform and loved every second I was wearing it. It was at the camp where I have met so many inspirational and amazing people that I have been able to learn so many valuable tips and lessons on how to be the best athlete I can. I had to pinch myself to believe I was able to socialise with the likes of Sally Pearson, Dani Samuels and Kim Mickle as peers and not some crazy fan. I have made so many great friends on the team and they will continue to be for many years to come. This is one of the best things about athletics; it brings likeminded people together.

The trip to Moscow started off with very early 4:30am start. It was a long day of travel but went quite smoothly and we eventually arrived at our Crowne Plaza hotel which was to become our home for the next two weeks. I was lucky enough to be roomed with marathoner Jess Trengove who would soon became a very close friend and helped make my time in Moscow an extremely memorable. Jess would go onto to come 11th in the marathon, this was the best result by an Australian woman at any world championship meet. The vibe in the hotel was hard to describe but was full of nerves and excitement. We were joined at the Crowne Plaza USA, UK and Canadian teams which meant walking around the hotel bumping into so many great athletes who I have looked up to for years, it also allowed plenty of time to observe the living habits these people which was a source of education and in some instances humour. The time in Moscow in the lead up to my race was filled with nerves but excitement as I was enjoying so many new experiences. Our days were spent with training, physio and massage, cheering on teammates, long breakfasts (we had beautiful buffet), coffees at the local shopping mall and plenty of resting. I admit a bit of ‘cabin fever’ hits when you are in your hotel much of the day waiting for your race but I have learnt that is part of the package when you’re a full time athlete.

My day to compete in the heats had finally arrived, Thursday 15th August. I had a very early wake up as my race was on at 10am. This meant a 6am breakfast followed by a 8am bus to the track. My nerves were at an all-time high. I had a great warm up and felt ready to race well in my first senior meet as an Australian Athlete. I had to check in for my meet 40 minutes before my race – which is longer than the standard 20 minutes in Australia – and meant I had to watch the previous heats. The first three heats (I was in the fourth of four) were all run in sub 2 minutes and was faster than expected, this made me even more nervous (if possible) for my race to come. Walking onto the track I saw my boyfriend and although I felt calm, he recalls a different story based on the look on my face. Standing on the track was like an out of body experience and one I will remember for many years to come.

Our heat went out for the first lap (of two) slower than the previous heats and I stuck more towards the middle to back of the pack. With 250m to go I made my move, I was blocked a couple of times when trying to run free which affected my rhythm; one of the joys of racing in highly competitive fields. I crossed the finish line in fifth place, finish strong but running out of time to catch others. I run my fastest second lap of any 800m which showed my improved fitness but unfortunately I missed out on the progressing to the semi-finals as only the top three went through automatically and due to the slower times not further athletes would qualify from my heat. I ran my second fastest time and was able to break 2:02 for only the second time (I was only 0.3 off my time ran in Sydney). Although so disappointed not to make it to the semis I look back and am happy to say I went out there and gave it my all and ran the best race I could on the day. I also believe my run was better than Sydney as I didn’t have the clear run I did on that day.

This whole experience has just made me more determine and confident to become a better athlete and I can’t wait to start preparing for next season in the Australian summer and making inroads to breaking 2:01 and beyond. Currently I am reflecting on my season and time in Europe relaxing on the beach in the Amalfi Coast where I am having a two week post season break. I have had an amazing four months. I’ve had so many great experiences, met so many incredible people and seen so much of the World that I would never get to see if it wasn’t for Athletics.

I am loving life and can’t wait to start preparing for the future.

Thank you for reading!