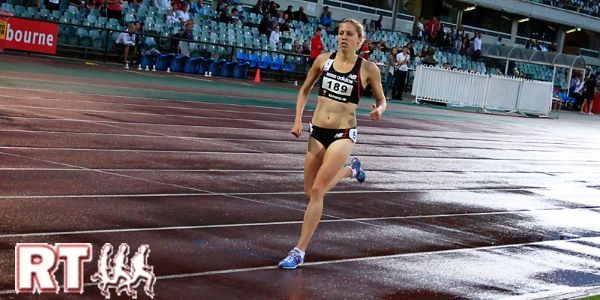 My 2010-11 Australian season began back December at Zatopek Classic in the 1500m. With no idea of how I would perform, I managed to get off to a good start with a steady win on my home track. This was followed up by a brief stint at Falls Creek, my first 8km at World Cross Trial and a pleasing personal best at the Hunter Classic 3km.

After a couple weeks of training I travelled to an extremely windy Hobart for a disappointing 800 metres, bounced back at the Melbourne Track Classic with a solid performance in the 1500m, then my biggest challenge of the Australian track season followed, in the World Cross Country.

I went over to Spain in decent shape and was ready to have a real dip at the 8km. I definitely learnt a lesson- the girls were lightening quick off the start, strong in the
middle laps and brutal at the end. I was disappointed with my placing, but I gave everything I had on the day and the other girls were just too strong. The experience was something I secretly enjoyed even though it hurt like hell. I’m a sucker for pain.
I returned home and straight back on the track with a quick trip and win in Perth. Boy, I enjoyed running only 1500 metres after World Cross! Finally my Australian track season ended with a silver on the last day for Olympic Park. Overall my season was by far, my most consistent ever. Even with the new challenges of cross country.

With so little time between seasons of racing in Australian and other parts of the world, I set to work after nationals and almost straight back to training. My training doesn’t
greatly change throughout the year as I enjoyed long runs, thresholds, hills reps and similar weekly millage along with gym all year round. This year I was fortunate enough to be joined in my sessions by Tom O’Shaughnessy. Tom paced and whipped my butt weekly this summer and I honestly can’t thank him enough. I certainly felt the difference of all the hard work we had put in when I raced.

Well I guess that brings me today. Last night I competed in Daegu, Korea and was able to record a three second personal best of 4.05.65! Before the race I imagined a perfectly
relaxing, evenly paced ride throughout the race. I knew there were some quality girls in the field and I hoped they had come to race and had just not come for a jog around. The race started fast in around 63 second for the first lap, but continued quite unevenly through till the 1 kilometre mark. With 500 to go I sensed the pace slowing rapidly, so I made a split second decision to go to the lead, I was determined to not let any opportunities pass if I had a chance at the World Championships Qualifier. I knew going to the lead at that time would use plenty of my petrol tickets a long way out and tactically it wasn’t a great move when sitting with a pack of quality girls. The qualifying time was getting away from me just sitting in the pack though, so I took off. Four girls ran over the top of me in the last 300 metres, but when my time came up on the big screen I saw I had run the qualifying time (my goal for the night). I was quite content with my efforts and will leave beating them to another day.

My plans for the rest of the year, will be firstly getting back to trying to compete and win races and not chase times. 4.05 had been a little goal for mine for a while so tomorrow i’ll set another goal and work harder than I ever have to achieve it. I’ll be training at home in Australia for a while, so I’ll be heading off to the Leonora Gift at the start of June, then my turn in the European summer will come sometime after that.