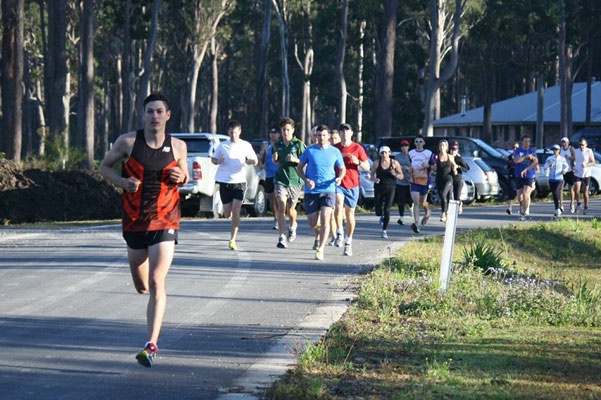 I thought rather than writing my usual update I would do something a little different and write about some experiences I’ve had so far this season that I found really interesting. So here goes..

I’ve never really had a problem with motivation but as a young kid I was always more into soccer then I was running and when asked what I would like to do when I’m older the answer was always ‘play for Liverpool’. Now don’t get me wrong I loved my running but the team environment made soccer a much more enjoyable sport and a lot easier to get yourself to training knowing all your mates would be there. However as I got older relying on other team members began to frustrate me so I made the decision to focus on my running and I haven’t looked back.

For the next 3 years I completed 99.9% of my sessions solo and to be quite honest I loved it. I continually got and still get the question ‘how do you train by yourself, isn’t it hard? You must be very motivated’ but I never saw it like that. To me running wasn’t something I had to force myself to do. When it came time to run I was out the door in a flash. It was a way to forget everything. There were no distractions, no one to talk to, an empty track, dad on the stop watch and I was there to do one thing. Run as hard as I could.

As the sessions got harder and the workload increased I found that training partners do in fact make a big difference. Over the past 6 months I’ve been lucky enough to train with a fair few high profile athletes and seeing how they conduct themselves at and after training has helped me become a more consistent and well-rounded athlete. Training with guys such as James Grimm, Tom Robertson, Jack Harvey, Luke Grimley, Tommy Connolly, Ethan Millward, Jason ‘pace’ Brown, Marty clark, Matt Lynch and many others at the annual pre-season training camp a few months ago really helped me improve my speed out of sight and I have found myself at a level of training that I have never been this early in the season. With my new speed the longer sessions became easier, I began to see a big improvement in fitness and managed to slot in with a distance squad in Sydney recently. Although only hanging off the back of James Connor, Dylan Dudley and James Kaan throughout the workouts the times I was knocking out were a level above what I had been doing.

At home I still train by myself but try to take every opportunity to run with others usually meeting up with Luke Tarrant and Karlie Swanson for a long run of a Sunday morning which I’ve found just breaks up the week a little and makes it more interesting.

I guess the point I’m trying to make is that jumping in with a different squad never hurts. It’s a good change from the regular routine and can help an athlete who finds their training/racing plateaued. If we look at the Kenyans one of the reasons they are such a dominate force is because they all help each other both training and racing. They do not see each other as a threat only strive to be their best individually. The only Australian equivalent to this which I can think of is the Melbourne Track Club who happen to be our leading distance runners for this same reason. All training with personal coaches but come together for the European season to push each other’s limits both in training and races.

I’m very thankful to everyone that’s let me join in on their sessions over the last year or two and look forward to training with the countries best distance runners at falls creek later this year.

Thanks for reading guys, I hope this helps both athlete and coach realise that jumping in with another squad is a great thing. You can never be too good to get a few different opinions.

Until next time,
Jordan