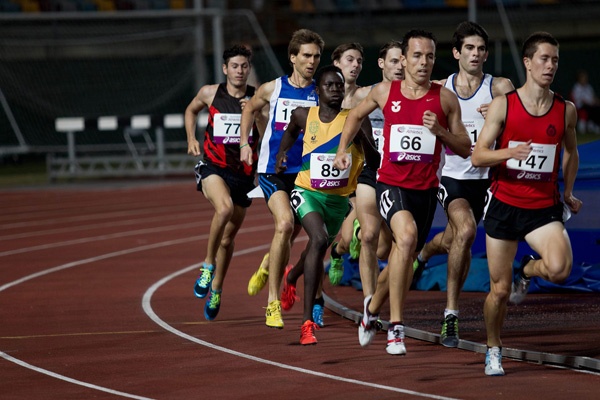 Since my last blog not alot has happened to be completely honest. After travelling back from Perth I raced in the mens 800m the following weekend at the Brisbane Track Classic and had an absolute shocker. At this stage I was feeling pretty flat and after talking to my coach Pat Galvin I decided to pull the pin on the rest of the season and after 20 odd 800m races I was quite glad. I had a fair few people ask ‘Why would you run the whole season to miss out on the big event?’ Well when I sat down at the start of the season open nationals was never in the plans. Being a Junior my goals were; 1) finish off my last junior year with some wins 2) Make an impact in the Senior events and 3) get a taste of what training is going to be like for the next 10 or so years.

Looking back on my season I think I’ve done those three things successfully.

I started with a win in the U20 800m at the Oceania games, Was .04 of Ryan Gregson’s CHS 800m record, won the 400,800 & 1500m at NSW Allschools all before the end of October. I then went on to surprisingly win the Zatopek 800m which was my first open race at the time before shooting of for a stint at altitude early January. I got with a small group of guys and we decided to be different to everyone else and head to Jindabyne instead of Falls. It was a great experience, with nothing to do other than train,eat,sleep,play ping pong (that we rigged up outta two tables and a net) and flick it to chillsy with the boys it gave me a lot more time to focus on the little things like recovery, good diet and hard training. Over the two weeks I got to experience what it is like to be a Professional athlete with no worries other than training and less than two weeks after this I found myself running more than a second PB of 1.50.41 which placed me 7th in a close field at The Hunter Track Classic. I went on to win the NSW junior 800m and place third at the Australian Junior Champs to finish off. I learnt a lot of things this season but the best advice I could give to all juniors is to pick you races. There’s no need to pack in to many races especially the open ones. Finish off your junior events first because once you’re an open your opens for good. I’d also like to thank my parents, coach, New Balance Australia and my mentors Nick Bromley, Nic Bideau & Mike Hurst for everything they have done for me this season.

Currently I’ve just started training again after a much needed two week rest. At the moment things are pretty light but im doing all the things I need to be doing this early in the crossy season. One problem with the junior school events is that us distance runners cant get in a proper base due to it being so early in the season so that is something im looking forward to doing over the next 8 months. I have even found some young up and coming distance runners in the local area which will make the long runs a bit more interesting.

I recently met up with a local photographer and he got some great shots while I was training and we found some other cool places to shot photos aswell. This was a bit more fun that most of my other sessions. If you would like to see some of the photos get amongst ‘Tyler Gluyas Photography’ on facebook.

I would like to thank Runnerstribe for giving me the opportunity to blog with them.

I remember the first blog I wrote a few weeks ago I was so excited that I made a bet with Tom Robertson to see who could hit 1000views first. Unfortunately Robo beat me even though he wrote his a few days later. Just quietly I think he was just sitting there himself hitting the refresh button!! Nah just kidding champ.

Thanks for reading, I’m sure too see you all around the crossy season.