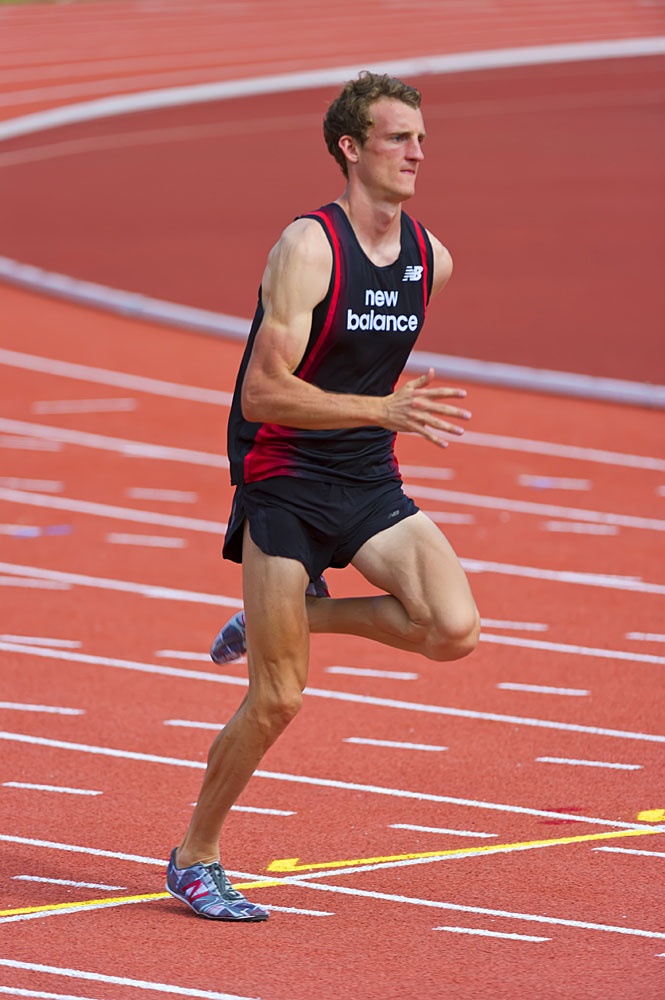 Since last putting my running thoughts down on paper and sharing them with runnerstribe, the Australian domestic tour meets have been in full swing. So far this season, I have had the pleasure of competing in three of these meetings– Newcastle, Adelaide and Sydney.

Competing at the Hunter track classic was not in my plans at the beginning of the season. My initial reasoning for this was based around the timing of the meet. Being in early February, I had two main worries. Firstly, my training plans meant that I was in an aerobic phase right up until the competition date. I wouldn’t have done any “track work” and would therefore be far from peak performance for this race. Secondly, it is often debated that athletes only have a certain number of races where they can perform maximally throughout the season. Whether I believe in this theory entirely is another matter, but it meant that I had to at least consider “using-up” one of my races early in the season even though I was not fully ready for a PB performance.
With all that being said, I am very glad to have made the trip to Newcastle. For an athlete at my level, who is just outside the AA travel funding grid, it is the only major competition in Australia where you can be “fully-funded” thanks to an initiative by Athletics NSW. It provided a friendly reminder of how I was treated as an athlete at European competitions where flights and accommodation are often a part of the package when you are accepted into a race.

In terms of the race, I didn’t quite get the result I was looking for. There were rumours before the race that it would be fast – requiring a 1.47 to win. This would be a great start to the season if I could manage to be up with the leaders and finish in a fast time. Like so often happens though, the pace was not on from the start as most of the athletes were happy race conservatively for the opening comp of the season. This was the case for myself too and I regretted it big time. The combination of being drawn an inside lane and my lack lustre first 150 meant that I was swamped by the field and boxed in on the rail. What also contributed to this was my pathological desire to always run on the inside of lane one. I am only now beginning to realise that running 810m at the wide edge of the pack with room to move is much better than running 800m on the rail. Back to the race. I wasn’t too fussed by being caught on the rail at the beginning of the race. I thought the field would space out and some gaps would open up in the second lap allowing me to get out. I was wrong. The entire field stayed bunched even right until the final straight. I felt really good throughout the race but was being held back by my positioning. Finally a small gap opened with about 60m to go and I was able to squeeze through and sprint down to the line. In the end I finished 2nd in a time of 1.49.2 with positive signs for the rest of the season.

I was excited to race in Adelaide because it was set to be a nationals re-match between the 3 place getters – myself, Rowe and Gurr. Unfortunately Gurr was ill the week before so he decided against racing. I was looking to build on my race at Hunter and expected to run a faster time if I was to position myself more appropriately than the fortnight before. I went to the front of the field this time around and managed to stay out of traffic. The pace wasn’t as quick as I would have liked as we went through 400m in around 52.5. Rowe made a big move down the back straight to take the lead and I went with him. In the final straight I was able to finish strongly and managed to take the win in a tight finish. My time was 1.48.65 which is by far the fastest I have ever run in mid February.
Sydney Track Classic – 9th March 2013

Traditionally the fastest meet in Australia, I was hoping this would hold true in 2013. Ismail Ahmed Ismail, the 2008 Olympic 800m silver medallist, was set to be the star attraction. Unfortunately, in the lead up to the race, Ismail withdrew, and the Aussies would need to set their own pace for the first time in a long time in Sydney. I positioned myself well throughout the race but, once again, 52 high through 400m meant that the pace wasn’t on. I started to make a move down the back straight but unfortunately I was clipped from behind. I stumbled badly but managed to keep my feet. The incident caused a huge drop in my momentum and I found myself back in last place. I tried to finish well and make up some ground but there is only so much I could do in the final 250m. In the end I finished a disappointing 6th in 1.49.8. To really rub some salt in my wounds, the trip caused a small tear in my soleus muscle.
From here on, my season is a little uncertain because it all depends on how quickly my injury heals. At the moment I attempting to maintain my fitness level with water running so that I can keep my options open for the Melbourne track classic and the National Championships.
I will keep you posted