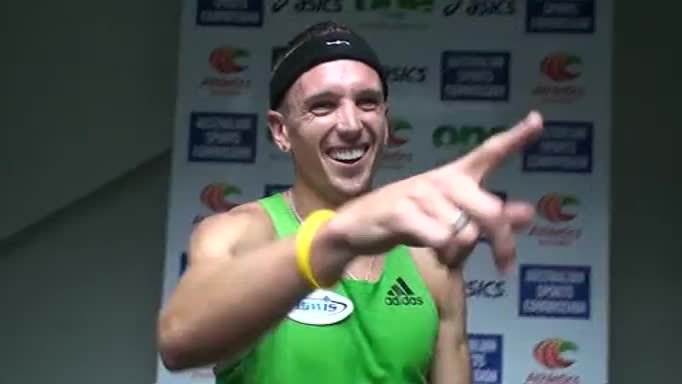 After two weeks spent in Delhi I am finally back in the comfort of my own home. What an experience Delhi was even if I never got to explore the real sights India has to offer. Being stuck in the village for obvious safety reasons, eventually took its toll but having fellow team members around made it easier. The likes of Fabrice, Noffke, Renshaw, Benny Saint and Huntsman as roommates plus all other flame members made the whole experience one to remember. Most of the time in between training and racing was occupied by dining at the food hall, relaxing by the pool, checking the net, building a 500 water bottle pyramid and of course the tooting of my vuvuzela on unsuspecting victims. The entire village was better than I had anticipated but had the potential to be much greater had everything been completed.

All the volunteers and those working in the village were so welcoming and friendly. We were all treated like royalty which can be a bit overwhelming at times though I appreciated every minute of it. I don’t think I have ever laughed as much in my life as I did over the last two weeks. Thanks go to all the flame team members and a few in particular Ben Harradine, Chris Erickson, Simon and Gabe, Richie Coleman plus the distance crew. There were so many memorable performances over the games whether they were expected or not. For me the highlight was Michael Shelley’s run in the marathon which was an amazing effort. He stuck to his game plan which paid off big time in the end. The crowds slowly grew in stature as the days passed and by the last night of track the atmosphere was electric.

On reflection of my 1500m heat and final I want to say that I am really disappointed with the result though at the same time really happy with how I approached the races. For those that know me well I have not been the best tactician in big races. Often caught up mid to back of the field and never giving myself a chance of winning. Other times I am too aggressive from a long way out only to end up being run down in the home straight. Finally I believe I learnt to position myself perfectly and move when I needed to especially in the heat. The final was much the same except I lacked the finish I had in Melbourne grand prix this year. Perhaps I had not recovered well enough or the fact I lacked race practise was to blame. Either way I know I did the best I could on the day and cannot change anything or more to the point would not change anything. It’s tough to grasp the fact I came 7th especially when I came 8th in 2006. I guess I just have to deal with reality and get back to training hard then deliver better results in the future.

Overall I am grateful to have been given the opportunity to compete in the Commonwealth Games. I would like to thank Garry Miritis, Brent Kirkbride, Chris Jones and Charles Zammit for getting me to the start line in one piece. Thanks to Ken Green for believing in my ability, friends, family and the training group for all their support along the way.

Looking forward to the upcoming season and catching up with all of you. Thanks.