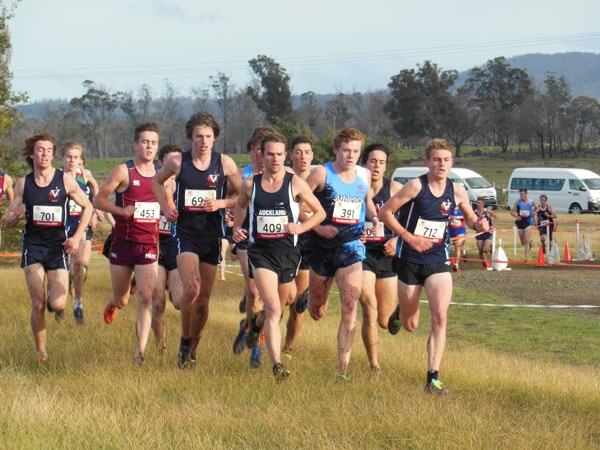 It has been a busy month for me but I’ve found the time to write my third blog for runnerstribe.

I felt like I had a decent cross country season that included an individual Victorian U20 aggregate title in the XCR 13 series, a win at the Victorian all schools cross country and a 6th place at the Australian cross country championships in Launceston. I was 5th Australian in this race due to a New Zealander coming across and taking the win. I was a part of the Victorian team that took home the gold medal in the teams section of the race with NSW coming second and QLD third.

After this race I had to have an easy month of training due to an inflamed big toe joint. After a few visits to the physio and podiatrist I had to get some orthotics made up and since I’ve been wearing them the inflammation has decreased significantly. While I was recovering I couldn’t do any speed sessions so I jogged and did thresholds all September, which helped build a bigger base before getting into track season.

I was lucky enough to go to Mizuno’s base last week to pick up some summer training gear. Mizuno is a brand that is growing incredibly fast and is becoming a lot more renowned in the community.

Also, last week, on the 14th I finished high school, the exam period was a tough time, trying to study as much as I could. I kept consistent training all the way through and I think that helped a lot, everyone needs an outlet. In the end, I got through them done and now just to wait until the 16th of December to get the results.

On the same day I finished school I travelled down to lakeside stadium, Albert Park to race in the vic 5km, I was lucky enough to race in the men’s A division against the likes of Duer Yoa and Mitch Brown. It was a windy night so the pace wasn’t as quick as I thought it would be early and there was a bit of surging during the first half. Eventully the race was won by Duer in a time of 14.15 and I managed to run a PB of 14.37

Next up is the U20 De Castella 3000m at Zatopek on the 12th of December. I hope to run a PB there as well. On the 27th of December I head up to Falls Creek for a 3 week stint of altitude training. I’m staying with a great group of lads that will definitely provide entertainment when things get a bit quiet. Falls is a perfect training environment because of the running locations and so many of Australia’s distance runners head up there.

Thanks for reading my quick update!