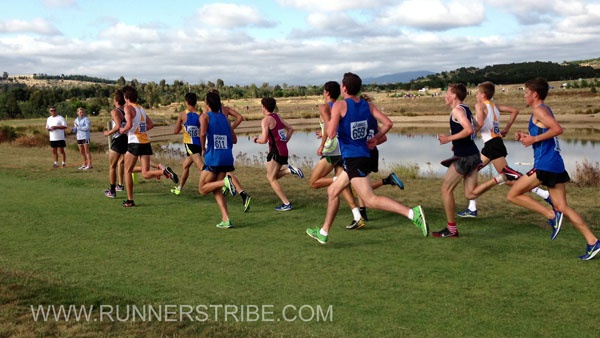 12 months ago World Cross Country Trials weren’t really on my mind at all, in fact athletics and running were completely off the radar. After, injuring myself at Falls Creek on a training camp and being diagnosed with medial plica syndrome in my left knee, I had also just finished school and was looking at what 2012 would had in store for me.

My parents reside in Gympie (a good 2 hours north of Brisbane), and is also where I grew up until I was 15 when I was given the opportunity to attend a private school in Brisbane, Churchie. This is also where I met my Coach, Lloyd Way. After finishing school I thought it would be wisest to keep training with Lloyd and live down in Brisbane. I found a temporary place to stay and then eventually moved into my own place with a fellow runner Harley Logan. At this point, 2 months after my injury and zero fitness, I began to think about my running and eventually world cross-country came across my mind. So it was about May/June and I began my pursuit to make the Australian team for World Cross Country champs in early 2013.

It was good at this time as my good mate who needs no introduction, Patrick Tiernan, was living about 5km from my house, which was a great motivator for me as he was and is still running so well. My two roommates, Harley Logan and Jamie Laverty, are also great motivators as both are aspiring athletes – Jamie in Triathlon and Harley in running. These boys are always good to go for a run with and we have the best trails in QLD right on our doorstep so that’s also a big advantage. After reading the selection policy for Poland I knew I had to run well at Zatopek in the 3km, and I did with a 6 second PB of 8.19. A long way off those front boys! However I was just happy to get a good PB.

From here I upped the ante with my mileage as I would have been doing 70-80km weeks up until Zatopek, and got up to around 100km by the time I arrived at Falls Creek where I would stay for a 1 week training camp. It was great being up there and I think I really benefited from the training environment; all of the younger boys on the camp are great runners and great guys to be around. I found it good to be able to gage how my running was going off how everyone else was running in the sessions, as most of them would be running World Cross Trials.

Coming into the race I had a goal of top 4 in my mind, and also a bet with my room mates that if I came top 4 then they would cook me a 3-course dinner. My coach believed I could go top 2 but at that point I thought for me to have that goal would be a bit unrealistic. I guess looking back on it I am glad I did come into the race with that approach because I think that’s what made me want it even more.

We started off as a big pack and compared to what I had thought the race would have been like we went through the first 1km fairly slow. After 3km and 2 x 2.5km loops to go everyone was still there and as the pace started to gradually increase a few started to drop off the pace. We went through the first 2.5km loop in about 7.45 and then Morgan McDonald put the foot down and Jack Davies and myself were then up to trail and try to hold on. Morgan probably put about 10m into both of us, and so with about 1km a bit to go I caught Morgan and attempted to break away. I did get a bit of a lead heading up one of the bigger hills, and at that point I was stinging like a dog and thought I was done for sure. I managed to get a relaxed period on the flat and rustle up whatever energy I had left and then made another surge with about 500m to go just as I heard Morgan approaching behind me.

I am really happy with how I raced and the depth that the U20 age group has at the moment is amazing as most of those guys are still 17 and Morgan is still only 16. I look forward to travelling to Poland with these guys in March for the World Cross Country Championships.

I would like to formally thank Dan Wilson, current roommate, for losing the bet on the race and cooking Jamie and myself an unbelievable 3-course meal. Dan is an incredible triathlete who has been plagued with unfortunate injuries over the past few years. I hope 2013 and 2014 can show his full potential. We currently have another bet for next weekends 3k states and Dan’s debut 2013 triathlon.

People always thank their parents for helping them and supporting them, but my parents have really gone out of their way to help me last year and this year, by helping me to afford living in Brisbane, paying to travel and race and for new shoes and gear. None of this would have been remotely possible without my parents and thank them so much for that.

Thank you and I hope you enjoyed reading about my lead up to the World Cross Country trials and what I hope to be a successful 2013.