Home Features Hugh Williams RT Journal: Why do you run? 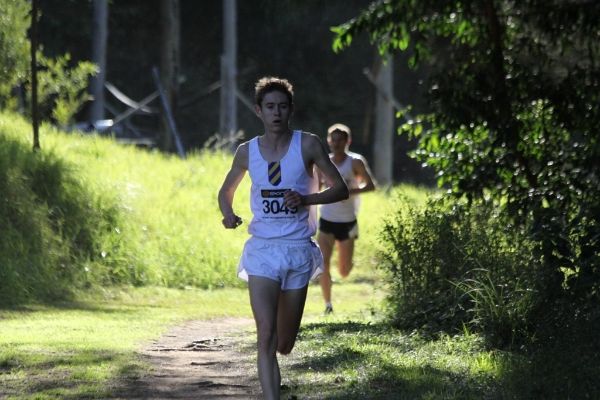 In the past 5 years, I had never considered the mental side of sport. For me, I had only considered that if you taper, you’ll be fresh and if you’re fresh, you’ll run well. This seemed to work for my 3 years as an undergraduate at university, where I went to my 7 hours of face to face time per week and the rest of the time was spent focusing on running. My circumstances changed significantly this year, now studying postgraduate physiotherapy, having a LOT more work to do per week and moving off campus left me more and more fatigued.

After a winter of solid training and less than amazing racing, I didn’t know where to turn. Following the recommendation of a fellow club member, I decided to give sports psych a try and see if there was anything to gain from it.

So as I sat in the small office, I revealed a lot of information in a very short period of time. One question caught me off guard in particular. “Why do you run?”. Initially I resorted to one of the generic answers I have used when asked by non-running friends, family or the media – “I have run since I was a kid….It’s a part of who I am etc etc”. The following response I did not expect “That’s crap. Why do you run?”

After further investigation into what makes me tick, we had finally found the answer we were looking for. Since then, I have learnt about the important connection between mental and physical energy. Worrying about external factors beyond my control had been a favourite past time of mine prior to races and this is something I need to work on. Additionally, the concept of having a break from running, even as little as a week, has been emphasized to prevent mental and physical fatigue and the risk of burnout.

Other concepts that have been worked on include goal setting and visualization which I believe will be very handy in preparation for the big races coming up this summer (NSW 3000, Vic 5000, Zatopek 10) where I hope to smash out some big PB’s and more importantly be in the mix at the pointy end of the race.

I would like to thank Sydney University’s EAP program for making access to Sports Psychology available. I would also recommend to all to consider scheduling a couple of meetings with a sports psych. It has left me with a clear and calm head going into races and understanding the holistic approach to the sport. If you choose to not do this, at least spend five minutes asking yourself “Why do you run?”