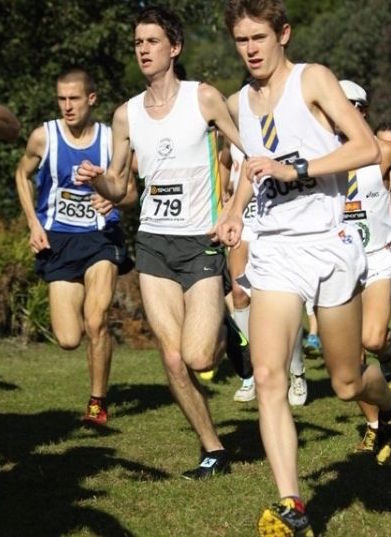 Hi everyone. Firstly I’d like to thank Runners Tribe and SiS for giving me the opportunity to write this blog and also to Brooks who have been sponsoring me for quite a few years now. For those that don’t know me I’m a distance runner from Inverell, NSW and moved to Sydney last year to study Health Sciences at the University of Sydney and train with Sean Williams who also coaches athletes like Ben St Lawrence, Lara Tamsett and Harry Summers.

The past week has been a very busy one for me, with the university year coming to a close and additionally having to move out of my home for the year, St Andrews College. Whilst packing everything up, seeing old race numbers, athletics batons, morphsuits and other various memorabilia has had me reflecting on the year and how great it has been, so for my first blog I decided to write about the year that’s been before I finish packing my stuff and move to my new place of residence for the summer.

2011 has been another solid year of great improvements in training; however it has included its fair share of disappointments along the way. Some of the major highlights (and lowlights) of this year included:

A win at the World Cross Country Trials in Canberra in January where I came off a solid training block at Falls Creek and at Inverell. This win resulted in me being selected to compete for the Australian team alongside Josh Johnson, Ethan Heywood and Glen Yarham and the World Cross Country Championships in Punta Umbria. Unfortunately, in the first kilometre of the race I tripped over one of the logs that we were required to jump along the course and lost a significant amount of time. After passing the first 2km loop in 90th place, I ended up pulling my way through the pack and finishing in a semi respectable 65th place. The World Cross Country is a fantastic event due to all athletes, junior and senior, staying in the same area which allowed my team mates and I to opportunity to meet some of the world’s best distance runners.

Solid performances during the NSW Winter Season for my beloved club, Sydney University which contributed to Uni winning their first Winter Premiership in years!

A personal best and 7th place at the Gold Coast 10km in July. Starting off conservatively and passing 5km in 15:10 I had to fight a strong headwind on the way back to finish in 30:57

Being a member of the Sydney University Australian University Games Team which successfully defended its overall points title in Athletics. Additionally I finished 2nd in the 1500m behind Lachlan (Vulture) Chisholm and 3rd in the 5000m.

Following a strong training camp with Sean Williams in my winter semester break, I was hit by an injury which stopped me from running for 3 weeks. In short, as I hadn’t had a rest day in a long time (16 weeks), my body ended up tightening up dramatically with major inflammation around my Sacro Illio Joint and in my quads. Thankfully with a strong period of pool running, cross training and the help of Stuart Pavely at the Sydney University Sports Clinic, I was able to make it to the start line of the Australian Under 20 Cross Country Championships. Despite making it to the start line I didn’t feel fantastic due to the lack of running done prior and as a result really struggled in the middle stages of the race and finished 5th in the Australian Champs and 6th overall.

Since then I’ve had some decent races over 1500m and 3000m to start off my season and now look forward to chasing a personal best at the Victorian 5000m Champs and at the Zatopek Under 20’s 3000m. Based on the way I’ve been training, I think I’m quite capable of hammering out some solid times and ending my junior career on a high note.

Until next time, happy running!