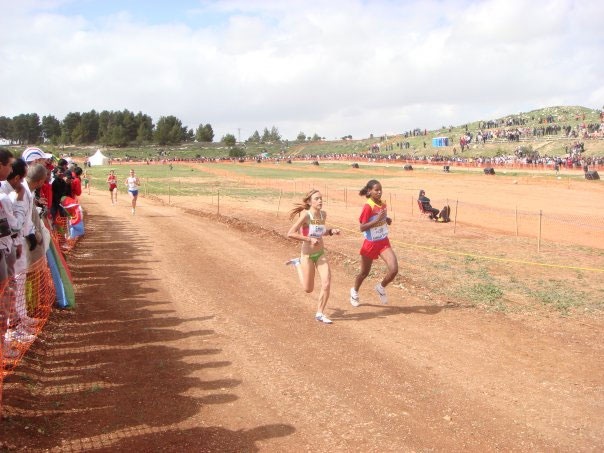 Obstacles, adversities, setbacks – whatever you may choose to call them, are some things, that we do not ever want to cross paths with. But honestly, is it really possible?

After spending 2010 in the U.K, doing little running, I was planning on getting back into racing the 2011 Australian Cross Country season. However, in June, as I was out training on my road bike, I was hit by a car. The realization of what had occurred set in when I was taken to emergencies with potential neck an spine injuries, as well as a fractured jaw, broken teeth, shoulder, pelvis and ribs. Cross Country season was definitely out.

At this point giving up seemed so easy considering the extent of my injuries, and the extensive rehabilitation process; however, I had a scholarship for the following January (2012) at the University of North Texas-an opportunity I did not want to turn down, as I had already declined a scholarship at the University of Florida in 2008. With this in mind, the slow building phase of training had to commence. Slowly but surely I was back running, and I had a completely different mindset on life. When you experience such a setback, it places perspective on all facets of life, and most of all, it makes you appreciate every moment of your life.

As I left for Texas in January, I knew I was going to have to sit out of competition for one year (2012) due to NCAA eligibility requirements in the US collegiate system. This worked in my favor as I was still just getting back into training. As 2012 progressed, and my training load increased, everything apppeared to be going as planned. That was…until December 4.

I had run 5 miles in the morning with my legs feeling fatigued from the previous Sunday 2hr long run. In the afternoon I had a 12x quarters session. After completing 6, I had a deep aching pain in my upper quad. Determined, I continued on with the session, but I was forced to stop on the 8th, as the pain had become so excruciating I was unable to bear weight through my femur, and had sciatic shooting down my leg. After icing, ultrasound, massage and heat therapy had not eased the pain, I succumbed to the belief I had a stress fracture in my femur. Leaving to head back to Sydney 3 days later, I knew I didn’t have time to get results from scans in the US, so I waited until I got back to Sydney. After getting a CT scan, which came back negative, I was rather perplexed as I was almost certain it would have showed a stressie. Thereafter, I had a bone scan to determine whether it was just a stress reaction. The results came back that I likely had a stress reaction in the upper femur. Looking on the positive side, I had been cross training twice a day, and thought by the end of January I should be good to go again.

I arrived back in Texas on the 15th of January with this awful deep pain still radiating through my leg. So I had an MRI scan done, and that was when I learned it wasn’t a stress fracture, but a tumor in my femur. I refused to believe it at first, considering I had recently had a CT scan and bone scan, neither of which, suggested these findings. Life became an incoherent blur as ‘malignant’ and ‘possibility of cancer’ came from the doctor’s mouth; things that had never even crossed my mind. Over the next days I had CT scans of my leg, abdomen and pelvis, blood tests and smears checking to see if tumors had developed in my organs. After ten days of hell, I was relieved to find out that it wasn’t cancer, and it is a benign tumor. This was the first time I had realized how important my health is, and that running had to take the back seat for now. I am meeting with a specialist tumor surgeon next week, to see what the procedures are from here. So, at present, I am contently pool running and cross training on the bike twice a day.

Whilst this has been another setback for me, through it I have gained strength, courage, and confidence. By every experience in which you really stop to look fear in the face, you are able to say, “I have lived through this horror. I can take the next thing that comes along.” . . . You must do the thing you think you cannot do. Maybe 2013 won’t be so bad after all!

Stop worrying about the potholes in the road and celebrate the journey of LIFE!
Hol