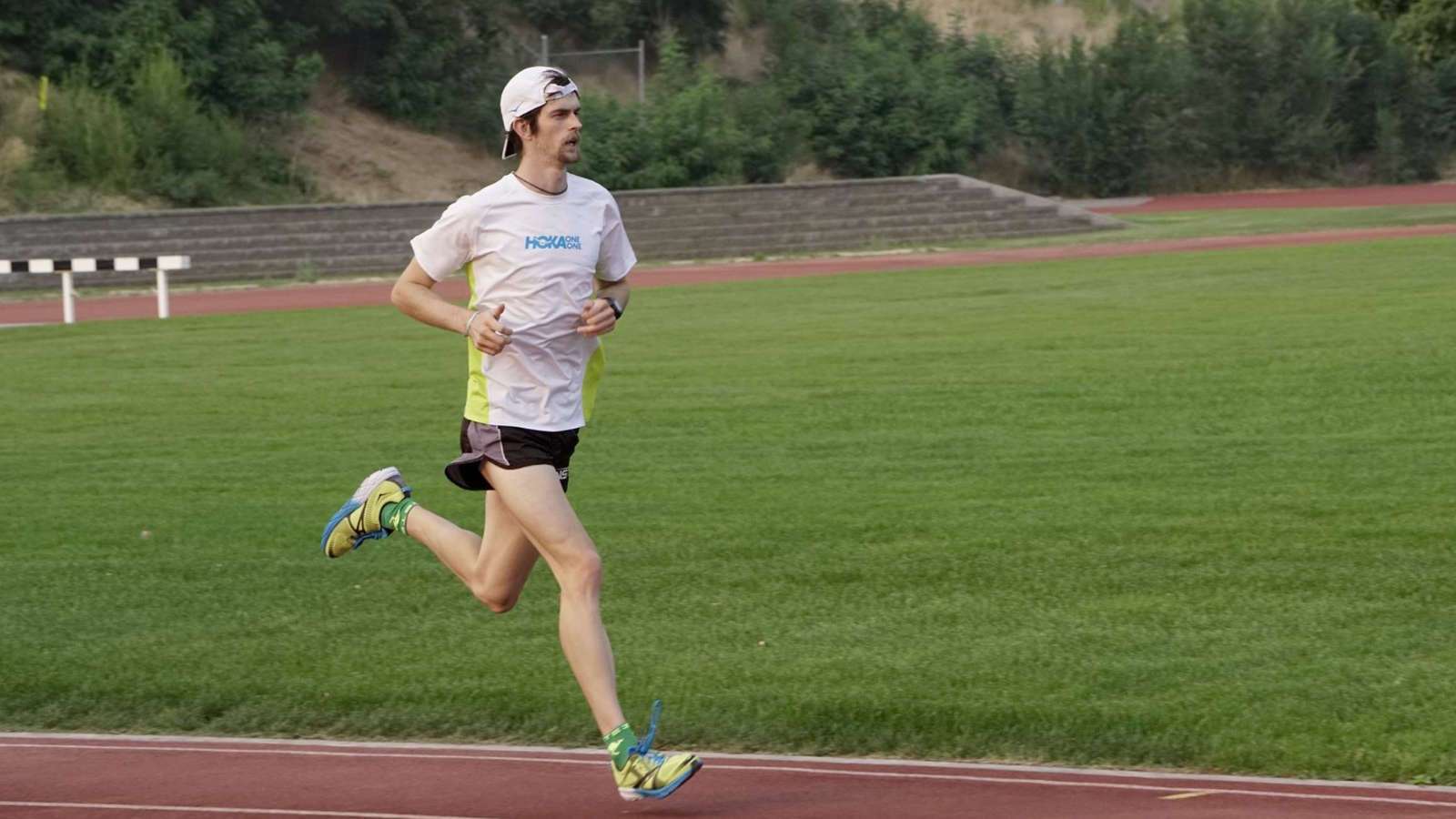 For the Hoka One One Isolation Running Festival, I chose to do the 10km for a bunch of reasons. I had run a half marathon PB down in Busselton and had finished fourth in Powerman Portugal, in what was my best European race so far. I also cannot run 100km over a weekend, so the 100km slam was off the table, and left the 10km as the perfect challenge.

With all races after February being cancelled, or postponed, I set about a big training block.

Originally, for this part of my season, the plan was to travel to Malaysia for the Asian Duathlon Champs in March, and then head back to Europe for some training before competing in both European Champs (Germany) and World Middle Distance Duathlon Championships (Denmark).

Thankfully, I’ve got guys like Matt Ramsden and Ben Chamberlain pulling me around the track here in Perth in the meantime. Obviously, Chambo and Ramsden need no introduction, and their professionalism and elite mindset towards training is something that I’m constantly learning from as a Duathlete. My 10km pb time was well below par for my standards, sitting at 31.15 on the track. However, after weeks of hard work, during threshold sessions, Rambo and Chambo were pulling me through at PB pace for 8km’s and I felt pretty comfortable. After surviving a bunch of these sessions, I was feeling good enough to have a crack at my PB. The Hoka Isolation Challenge was the only excuse I needed to throw on the racing flats.

Corona Virus killing more events than it is people 🙃 Staying patient and keeping the head down till this blows over and we can get back to racing. #timetofly #hokaoneone #atheltics #powermanmalaysia

Myself and my isolation training partner, Nick Godsell, originally scouted Champion Lakes as our 10km course. The Regatta Centre in the foothills is dead flat, but notoriously windy on a breezy day. Checking the forecast on Friday night and seeing the inevitable high winds forecast for the morning, we made the decision to run at Perry Lakes, a much hillier, slower course but more sheltered from the wind. I had set the goal of running 30.50.

Saturday morning saw low temperatures, but a firm easterly blew. The first lap of 4km I felt good, eventually going through the first 5km split at 15.04. However, the increasing headwind into the more elevated part of the course saw me start to struggle as I dropped the ball a bit, running the second 5km in 15.26. This left me with a 10km time of 30.30 on the dot.

To be fair, I think I had a fairly good run, considering I did it solo and had no other bodies to work off or help push me harder.

Being a Duathlete, guys are constantly running 30 minutes for the first 10km of a race, so it’s confidence building, knowing that I’m now getting to the point where I’ll be able to race up the pointy end of races, more consistently. It was also great to see so many people around Australia, and the world, running PB’s over all distances, by themselves!

The Hoka One One Isolation Running Festival was a great initiative and it was great to be a part of it.